In 2014, we had to get used to the idea of a MINI Hatch with five doors - for the first time ever. With this 'F55'-series body style, you get a longer wheelbase, quite a lot more luggage space and potentially room for three people in the back. On top of this, there's the third generation MINI model's sophisticated design with underpinnings better suited to longer journeys. Oh and a range of punchy but economical engines. You wanted more MINI? Well you get it with this design.

Take a standard MINI, add a dash of length and practicality and you'd have a strong seller. You'd have a car like this, the MINI Hatch 5-Door. At this 'F55'-series model's introduction in 2014, the BMW brand talked of this design being 'the first ever 5-door MINI Hatch'. Actually, the Countryman SUV (launched in 2010) was that, but this was indeed, the first five-door version of the iconic MINI hatch. And it was a model well needed by the marque. There have always been, after all, potentially lots of folk who like the stylish frugality and fun, chuckable, cheeky demeanour of the MINI Hatch 3-Door model but simply can't justify that car's tiny rear seats and restricted boot. Possibly they've an occasional need to transport up to three kids in the back. And they require a car that won't be daunted by the modest proceeds of a family superstore shop. A car like this one? It certainly proved to be a strong seller for the brand, priced and sized in fertile territory somewhere between Fiesta-shaped superminis and Focus-sized family hatches. It was lightly facelifted in 2108, but it's the earlier 2014-2018 version we're going to evaluate here as a used buy.

The worst mistake any MINI can make is to lose its 'MINI-ness'. And much of that is, after all, tied up in this model's diminutive dimensions. Which, as it happens, aren't so diminutive these days thanks to the third generation Hatch design's small but significant increases in width, height and length. To these enhancements, this Hatch 5-Door variant adds 161mm of length and 11mm of height over its Hatch 3-Door sibling, all of this thanks to a wheelbase stretched by 72mm. But let's focus on what we're looking to analyse in this section: the differences that this 5-Door Hatch model delivers over its Hatch 3-Door stablemate. Nearly half of the extra length you get with this variant has gone into providing extra rear seat space, though to some extent, the issue lies in getting to it. The extra rear doors are really pretty small, so squeezing in and out can be tricky. Once you're inside on the rear seat though, the news gets better. Anyone who's ever been crammed into the back of a MINI Hatch 3-Door model for any length of time will be astonished by just how much space has been created here simply by increasing the length of the car by a mere 161mm. Partly thanks to the deeply sculpted seatbacks, you get 72mm more rear legroom than you would in the smaller model and that height increase is welcome too, freeing up 15mm more headroom. There's even 61mm of extra interior width at elbow height, despite the fact that all MINI Hatch models share the same exterior width. This was the first MINI hatch to offer more than two seats in the rear, though we're not entirely sure about the brand's claim that this makes the car 'a genuine five-seater'. The middle rear pew is, after all, next to useless for all except very small children thanks to this huge transmission tunnel. Still a couple of adults will be surprisingly comfortable, even on longer trips. Yes, even if they happen to be six-footers. On to boot capacity, the aspect that, more than any other, MINI owners have previously most moaned about. With this Hatch 5-Door model, you certainly get more of it, the 278-litre total being 67-litres up on that available in the Hatch 3-Door version. What To Look For

There aren't many reported issues with this 'F55'-series MINI 5-Door Hatch mechanically. The only one we came across related to a batch of cars with the 1.5-litre three-cylinder engine that suffered from oil leaks. This came from the rocker-cover gasket which in the case of these rogue models, had somehow managed to bulge out from between its mating surfaces, spraying oil everywhere. If the car you're looking at had such a leak, tell-tale signs include rough running and a poor idle. A new gasket is the ultimate fix. We also came across a few 2.0-litre cars experiencing the odd clutch problem. The torque of the engine seems to be part of the problem, but some owners have reported that their clutch is slipping quite early in the car's life. Even then, it wasn't that straightforward. Apparently, the on-board sensor designed to be an early-warning system of clutch failure proved in some cases to be just too sensitive for its own good, throwing up a false warnings on the dashboard when there was actually no problem at all. Dealerships have tackled this by taking any car in question out on to the road and performing a series of full-throttle acceleration tests in both second and fourth gear. Any clutch slip meant a new clutch was needed, but if there was no slip, the software was recalibrated to prevent the false alarms. Either way, the acceleration test is one you should perform when test-driving any Cooper S with a manual gearbox. The other thing to watch is for a car that has had skipped oil changes. Check the service handbook for any missed scheduled services and ensure the oil on the dipstick is relatively clean. The problem with skipped oil changes is most likely to show up in the variable valve-timing system these engines use, and dirty oil will foul the small oilways and filters quick smart. At which point, it's a pricey, expensive fix.

In one sense, it's extraordinary that it took the MINI brand so long to bring us this car. After all, over 70% of all sales in the small hatchback segment are of five-door models. In not offering a conventional MINI Hatch with that option, this franchise was missing out on a significant number of sales. With the extra doors in place and this car in MINI's range, the company's position in the compact hatch sector has changed significantly. After all, in the eyes of many potential customers, the extra versatility of this variant will turn what was previously an un-buyable car into a really credible proposition. You have to know what you're getting of course. Though the engine range can certainly offer the power and technology you'd get in the best Focus-sized family hatchbacks, the rear seat passenger room and boot space of this model can't quite match the best players in that segment. This MINI gets reasonably close though, priced and pitched to hit a tempting sweet spot between the supermini and family hatch sectors that will suit many buyers perfectly. For these kinds of people, the news that they can have one of these for less than the price of an ordinary Focus or Astra will be music to their ears. That affordability's key given that high-ish pricing was one of the things that put some buyers off the MINI Countryman model that represented the brand's first stab at five-door motoring. Here though, the sticker figures seem to be right and have been matched with strong British build quality and this third generation Hatch design's classy, endearing feel. Best of all perhaps, the extra length of this variant has done nothing to dilute its fun factor. It's still a great choice for the young at heart. 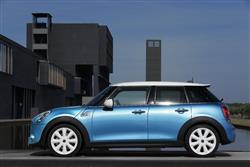 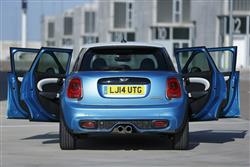 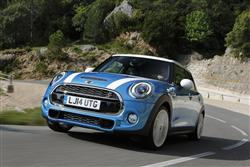 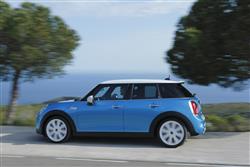 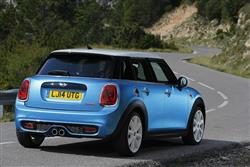 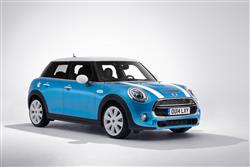