The third generation MINI Cooper S is a properly credible hot hatch in its 'F56' (3-Door) and 'F55' (5-Door) Hatch forms, which we first saw in 2014. With these cars, we realised that this model could be more than merely a very quick but fashionable urban trinket. Its bigger, harder-hitting 2.0-litre engine and a more talented chassis deliver plenty of fun as you power to 62mph in 6.8 seconds to the tune of a blissfully cheeky exhaust note. This design proved to be a more mature thing too, better built than any of its rivals and with more sophisticated underpinnings that are better suited to longer journeys. In short, this car came of age in this form. But how does it stack up as a used buy?

The MINI Cooper S has long been an exercise in artful compromise, looking to occupy that sweet spot between the warm-ish Cooper and the wild race-inspired John Cooper Works model. As a result, it's often been the best pick for those who aren't likely to subject their car to a race circuit and instead just want a MINI that's entertainingly quick without incurring huge running costs in the process. That didn't change too much with this third generation F56/F55-series model, but what lies beneath the skin did. Under the bonnet, you'll find a 2.0-litre turbocharged engine that may only have three cylinders but puts out a 192hp total that was 8hp up on what went before. More importantly perhaps, it's a bigger, better finished car than before, yet one that still seems well priced against comparably performing hot hatch rivals from this era like Peugeot's 208 GTI, Ford's Fiesta ST and the Renaultsport Clio 200. This car was launched in 2014 in 3-Door Hatch 'F56'-series form, then an 'F55'-series 5-Door Hatch version followed a year later. Both variants were thoroughly revised in mid-2108, but it's the earlier 2014-2018 models we look at here. This ought to be many people's ideal expression of go kart-inspired MINI-ness? Is it? And would you want a used one? Let's find out.

There aren't many reported issues with this 'F56'/'F55'-series MINI Hatch Cooper S mechanically. We came across a few cars experiencing the odd clutch problem. The torque of the engine seems to be part of the problem, but some owners have reported that their clutch was slipping quite early in the car's life. Even then, it wasn't that straightforward. Apparently, the on-board sensor designed to be an early-warning system of clutch failure proved in some cases to be just too sensitive for its own good, throwing up false warnings on the dashboard when there was actually no problem at all. Dealerships have tackled this by taking any car in question out on to the road and performing a series of full-throttle acceleration tests in both second and fourth gear. Any clutch slip meant a new clutch was needed, but if there was no slip, the software was recalibrated to prevent the false alarms. Either way, the acceleration test is one you should perform when test-driving any Cooper S with a manual gearbox. The other thing to watch is for a car that has had skipped oil changes. Check the service handbook for any missed scheduled services and ensure the oil on the dipstick is relatively clean. The problem with skipped oil changes is most likely to show up in the variable valve-timing system these engines use, and dirty oil will foul the small oilways and filters quick smart. At which point, it's a pricey, expensive fix.

This F56/F55-series MK3 Cooper S Hatch used a 2.0-litre four cylinder 192hp engine and manages 62mph in 6.8s on the way to 146mph. That's enough to punt it into contention with supermini hot hatch benchmarks from this era like Ford's Fiesta ST, Peugeot's 208 GTi and the Renaultsport Clio 200. Like the Fiesta and the Renault, the joy this Cooper S brings to driving when you're in the mood for it is in its place as one of those cars that feels faster than it actually is - a very good thing in our book. To better get you through the twisty stuff, there's a Performance Control system which electronically duplicates the kind of functionality you'd normally get from a heavier, more complicated mechanical locking differential. So it works through the turns to counter both understeer and wheelspin by lightly micro-braking whichever front wheel is threatening to lose grip. As a result, the car's kept planted through the tightest corner and you're fired on from bend to bend. Oh and on the subject of brakes, they're really very good indeed, as befits a potential track day car, large and extremely effective. Brilliant. The S really is a very fast car in this form. Slot it into fourth gear at a pedestrian 30mph then floor the throttle and it'll arrive at 70mph quicker than a 280bhp-worth of Vauxhall Astra VXR. But even lesser MINIs have plenty to offer the owner who likes his or her driving. You can tailor the steering and suspension to your taste via the 'MOINI Modes' drive settings system and the six-speed gear change too is a huge improvement on the baulky old 'box of the previous generation model. Not only because the throw's shorter, the redesigned stick's nicer to use and the snickety action's more satisfying but also thanks to clever gearbox software that even instructs the engine to blip the throttle on the downchange, so it sounds as if you've mastered the perfect heel and toe technique and your friends will think you're the next Lewis Hamilton. If you can't be bothered with all of that, there are two 6-speed auto transmission options on offer, the more desirable 'sports' set-up featuring shorter shift times and steering wheel paddles.

We can all argue about whether this generation F56/F55-series Cooper S Hatch is as pretty a car as its predecessor, but there can be no doubt that it was a better all-rounder. It's more spacious, better built, features some fascinating technical features and seems to have been engineered to offer more driving fun on one hand and lower bills on the other. Just make sure you get a car whose original owner specced it right, with extras like the Driving Modes system and the Variable damping. You might want to avoid examples fitted with larger wheels that bring a crashy ride and automatic gearboxes that detract from the connected feel. Yes, you could pay the same kind of money and buy a more conventional supermini-based hot hatch. Perhaps the purer, more focused Fiesta ST. Or the more comfortable and relaxing Peugeot 208 GTI. This Cooper S though, arguably delivers an appealing compromise between the two - and feels much more special while it's doing it. It's a MINI to the max. And that's always a tempting thing. 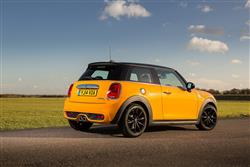 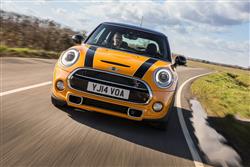 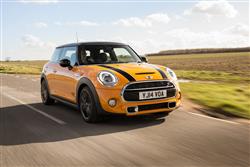 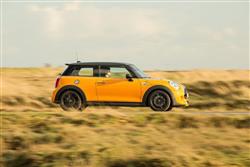 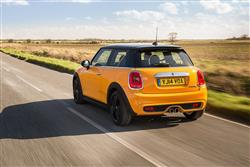 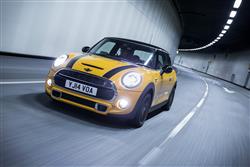