The Mitsubishi ASX is the compact crossover that you probably left off your shortlist. Does the latest improved version deserve your attention? Jonathan Crouch reports.

What's Mitsubishi's most important model? To date in modern times, it's been the Outlander PHEV. In future, it could well be this car, the ASX small SUV, here substantially revised. It's not a new generation model, but everything is different from the A-pillar forward, plus under the bonnet, there's a new 2.0-litre MIVEC petrol drivetrain with 150hp. Buyers choose from front wheel drive and manual transmission and four wheel drive with a 6-speed CVT auto. And there's more interior space and equipment than you might expect from a car of this kind.

There aren't actually many cars still on the market with designs dating back to 2010, but Mitsubishi's small SUV, the SX, is one of them. Not that you would know that thanks to the far-reaching facelift applied to the car we're looking at here, which also gets a fresh 2.0-litre petrol engine. As before, this ASX competes in the compact SUV segment, its strongest selling point being possibly that it's slightly larger than the Juke and Captur-segment norm. Known in other markets as the Outlander Sport and RVR, this model is one of the most important models in the Mitsubishi range. Globally it's the brand's third best seller, having accumulated 1.36 million sales around the world with the UK accounting for some 30,858 of those sales. At some point, Mitsubishi will launch a completely new ASX model, but now that the company is owned by the Nissan-Renault Alliance, it must use engineering and platform technology from those brands and isn't quite ready to do so yet.

Mitsubishi decided that an all-new ASX design could wait, but a new engine for this car couldn't, hence the substitution of the previous 1.6-litre powerplant by the 2.0-litre MIVEC unit that's now all you can have in this car. It drinks petrol of course - there's not a lot of demand for diesel in the small SUV segment. And it's available in two forms; with manual transmission and front wheel drive or with a CVT auto gearbox and 4WD. This unit develops 150hp with 195Nm of torque, hence the 1.3-tonne towing capacity. In auto 4WD form, it's good for 62mph from rest in 12.2s en route to 118mph. As you might expect from a basic design that's quite old, the driving dynamics aren't cutting-edge but there's enough to satisfy an undemanding buyer. Many buyers will want the 4WD version which ought to be quite capable by the very modest standards of the small SUV segment. Mitsubishi points out that this car's 190mm ground clearance is actually more than is offered by the next model up in its SUV range, the Eclipse Cross. The 4x4 system in the ASX offers a choice of three modes for various driving conditions with an electronically controlled centre differential to determine the optimum torque split to the front and rear, using sensor data on throttle position, vehicle speed, road conditions and driver inputs.

The ASX was previously a slightly apologetic-looking thing; this revised version is much more assertive thanks to all-new sheet metal from the windscreen forward as part of its bolder so-called 'Dynamic Shield' styling. That means sharper-looking LED headlamps, re-styled bumpers, LED rear light clusters and larger 18-inch alloy wheels on all versions. The interior was always the original ASX's weakest link, rather dull and too patchy in its materials quality. The cabin here is much better, upgraded with finer grade materials for both the cloth and leather-trimmed variants. These are complemented by a black cloth headlining and small detail changes such as the more ergonomic air-conditioning and heater controls which are now finished in piano black and silver. The centre instrument panel also benefits from a piano black finish and now incorporates a larger eight-inch Smartphone Link Display Audio (SDA) system. Increased from the previous seven-inch version, this SDA system features smartphone connectivity, including Apple CarPlay and Android Auto and DAB radio. In 'Dynamic'-trimmed models, the SDA system also features built-in TomTom navigation. Rear passenger space is roomier than the class norm; and there's a slightly larger boot than you might expect from a model in this segment too, 406-litres in size, extendable to 1,156-litres with the seats folded.

Pricing starts at just over £20,000 - perhaps a little more than you might have expected to pay for a small SUV, but few contenders in the class are quite as large inside as this one and almost none of them can offer an engine as large as 2.0-litres in size, so if you're doing sector comparisons, make sure you're comparing apples with apples. That base price applies to the entry-level 'Dynamic' variant, which comes only with manual gearbox and 2WD. Alternatively, there's plusher 'Exceed'-spec, which comes in either manual 2WD guise or as a 4WD automatic. 'Dynamic' trim gets you 18-inch alloy wheels, LED headlights with auto levelling, an SDA infotainment system with a reversing camera, heated front seats, cruise control, automatic air conditioning and a Keyless Operation System. 'Exceed'-spec adds a panoramic glass roof with black roof rails, leather upholstery with an electric driver's seat, a TomTom navigation system, Blind Spot Warning with Lane Change Assist and Rear Cross Traffic Alert,black roof rails and LED front fog lights. Across the range, two fresh colours make an appearance - Red Diamond and Oak Brown.

You wouldn't expect a 2.0-litre petrol engine in a car of this class to be especially clean and economic and this one isn't. The quoted NEDC-rated combined cycle figures see the manual front-driven model managing up to 40.4mpg, with the auto 4WD variant managing up to 38.7mpg. WLTP-rated CO2 emissions vary between 171 and 185g/km. Helping this car in its quest for reasonable efficiency is a whole package of so-called 'Intelligent Motion' features, including low rolling resistance tyres, a high efficiency alternator, an intelligent battery sensor and regenerative braking that claims back energy that would otherwise be lost when you brake. Something you might be encouraged by as a potential buyer is the decently long five year warranty - though that's slightly spoiled by the brand's insistence on limiting it to 62,500 miles. As you'd expect in this day and age, there's a 12-year anti-perforation warranty. And three years of pan-European roadside assistance and homestart are included in the price. You can keep maintenance costs down by purchasing a decent value pre-paid servicing pack which takes care of the cost of garage visits for three years or 36,000 miles.

Mitsubishi reckons that ASX buyers most appreciate this car's simplicity, reliability, comfort and price. It also gives you a gutsier 2.0-litre engine than would normally be fitted to a small SUV of this sort, which might be of interest for those who might perhaps want to tow a small caravan. Others will appreciate the fact that there's almost as much rear seat room and boot space as you'd get from a Qashqai-class SUV from the next class up. Yes, there are more dynamic and efficient choices you could make in this sector, but get yourself the right deal on this Mitsubishi and it could still make a practical choice if you like the restyled look. 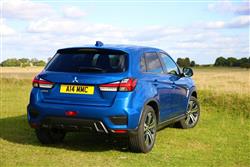 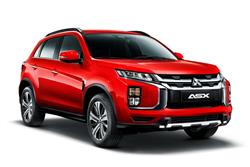 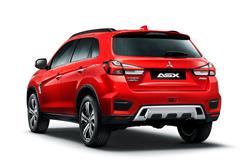 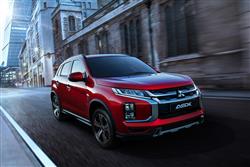 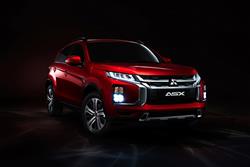 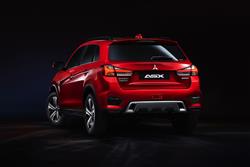