Nissan is a company that gets an awful lot of things right. It predicted that buyers of conventional hatchbacks and saloons would migrate to SUV and crossover vehicles. It developed a sports coupe that almost overnight ended the Porsche 911's forty years of dominance. It was the first to market with a realistic and sensibly-priced electric vehicle. Despite all this, it still manages to drop the odd clanger. The Murano SUV was one and the 2010 Micra was another.

You could see what Nissan was trying to do with the original version of the MK4 Micra. Cash-strapped buyers were looking for cheaper alternatives, so when the opportunity arose to replace the rather expensive previous generation car with a simpler model from India, Nissan jumped at the chance. The thing is, we didn't. Nissan introduced this fourth generation Micra in autumn 2010 and it seemed expensive for what it was, clearly built down to a price and only offered in one bodystyle and with two engines, both 1.2-litre petrols, one with a supercharger to help it to 98bhp. The result soon spoke for themselves. In 2012 Ford sold 109,265 Fiestas. That's a good result in tough market conditions. Vauxhall didn't do at all badly either, shifting 89,434 Corsas. Nissan would have been happy to have achieved half these kinds of numbers with its supermini offering. In the event, despite some fairly drastic price cuts, the Micra only sold 12,524 units. In fact, it was outsold by the distinctly boutique Range Rover Evoque. That's wasn't good enough for what ought to have been the biggest selling car in Nissan's line up. In fact, Qashqai and Juke crossover models along with the Note supermini-MPV (in its run-out year) all did better than the underperforming Micra. In response to these woeful sales, Nissan instigated a root and branch rethink, launching a smarter car in 2013. So we know that the 2010-2013 Micra wasn't a successful car when new. But might it be worth a look as a bargain used buy? Let's find out.

The rounded headlights and the curved line of the side windows are pure Micra, as is the short, upright shape that we've seen before in past iterations of Nissan's supermini. The dual sectioned front grille won't be familiar to previous Micra owners and the lines are sharper around at the rear where the eye-catching striped light clusters appear to protrude from the flat tailgate. Another nice touch is chunky roof spoiler that integrates with the rear window surround and Nissan is proud of the low 0.32 aerodynamic drag coefficient achieved by the stocky bodywork. This Micra is still a bit of a lightweight compared to other modern superminis, but it's fractionally longer than the old car and interior space is generous. The cabin is designed around the rounded theme witnessed outside, with circular motifs popping up all over. Rear leg and headroom are generous and the boot is a respectable size but the seat backs aren't split and flip forward in one section. Storage space elsewhere in the cabin is generous with no shortage of pockets, boxes and cubbies.

The Micra might have come in for a bashing for its price, the perceived low grade of its interior finishings and its rather unadventurous styling, but there can't be too many complaints about its reliability. Simplicity has worked wonders here. There's just not the density of technology to go wrong. Look out for the usual parking knocks and scrapes but otherwise, here's one that you can buy with confidence.

(approx values for a 2011 Micra Visia 1.2) A clutch assembly will run you around £130 and front brake pads are around £25. An alternator should be close to £175 and a radiator around £140. Nothing too much to get scared about here, then.

Of all the aspects of the Micra, the one that probably needed the least work was the way it went down the road. Like its predecessors, the original MK4 model was always good fun to drive and its light weight gave it some pretty nimble reflexes. Technologically, the big draw is the DIG-S petrol powerplant and this is really the model keener drivers will target. It features a direct injection engine teamed with a supercharger - hence the car's initials which stand for 'Direct Injection Gasoline-Supercharger'. Although it has clearly been designed to cap emissions and fuel consumption, the lightweight, low-friction 1,198cc three-cylinder unit produces the power expected from a conventional 1.5-litre four-cylinder engine. With 98PS on tap, it'll get to 60mph in less than 11 seconds and feels quicker. A five-speed manual gearbox is fitted as standard but there's also the option of a CVT (Continuously Variable Transmission) automatic which makes town driving easier. You can also buy the Micra with the 80PS 1.2-litre normally aspirated engine should you wish to save a bit more. Whichever version you choose, you'll find the suspension designed to be particularly compact at the rear, minimising intrusion into the boot area and Nissan has endowed this car with an unusually tight 4.5m turning radius. Also enhancing the ease with which this Nissan can be manoeuvred are electrically-assisted power steering, a large glass area and the fact that the nose of the car is visible from the cabin. It's a great choice for those who are timid about city driving.

The original version of the MK4 Micra was widely perceived to be a bit of a dud. The thing is, what can be a poor new car can develop into a worthwhile used buy and that's exactly what's happened here. From being an overpriced and overlooked new supermini, the Micra has found its feet in the used market with prices now looking a good deal more realistic and undercutting its more talented rivals quite sharply. This isn't a cutting edge small runabout, but a used Micra can make a very good buy for someone who's looking for something unthreatening, easy to drive and cheap to run. 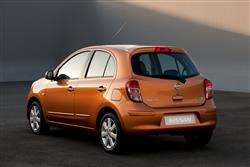 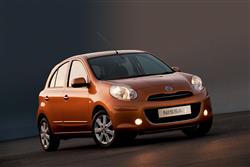 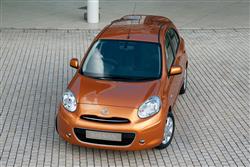 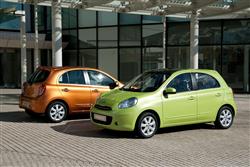 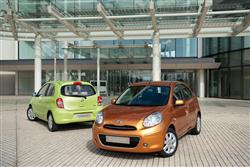 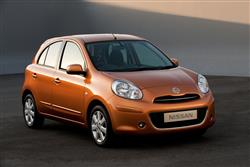