The Nissan Note is one of those cars that doesn't ever elbow its way to front and centre in order to gain attention but owners will attest to the fact that it's a vehicle that just works. There's little that's glamorous, exciting or which will elicit covetous glances from your neighbours but sometimes what you need is something utterly dependable, wholly practical, incredibly easy to drive and which serves to make the business of buying and running a car as painless as possible. The Note is that car and it's why with a relatively low key marketing push it's become one of Nissan's best-selling vehicles in the UK. Here's how to track down a used one.

No, your eyes do not deceive you. We're starting the clock on this used test in 2009, fully three years after the Note was first launched in the UK because the model we're looking at here is the updated car which was launched in mid 2009 and which incorporated a suite of changes not only to the styling but also to equipment provision and also to the efficiency of the powerplants. Revised gear ratios boosted fuel economy and improved emissions of the 1.4 and 1.5dCi models. Further incremental improvements were visited upon the car's emissions for the 2011 model year petrol-engined Notes which became fully compliant with the Euro 5-emissions requirements. The styling changes are the key clue-in that you're looking at one of the facelifted cars. Look for a chrome strip running along the bottom of the front grille beneath the big Nissan badge. You can't rely on the trim levels as the old S, SE and SVE trims were replaced by the more lifestyle trim levels that were being rolled out across the Nissan range back in 2009. In 2013 an all-new Note was displayed at the Geneva Motor Show, bringing a more dynamic looks and feel to the model.

One interesting but useless nugget of information is that this car was designed by Toyota - Taiji Toyota that is - one of Nissan's most talented stylists. He's done a good job too, managing to avoid the formulaic box-on-wheels shape that afflicts some of the Nissan Note's contemporaries. On paper, this car is roughly equivalent in size to its immediate rivals at just under four metres long, 1.53m high and 1.69m wide. In the metal however, it appears lower and longer with minimal rear overhang and quite a pronounced nose protruding at the front. The facelifted model we're looking at here got a 2009 package of tweaks including a reshaped bumper and bonnet, revised headlights and a shiny black front grille. At the back, compared to the original Note, the tail lights are darker and models with parking sensors got them incorporated more neatly into the bumper. It's on the inside, however, where owners of the original 2006 to 2009 Note model will notice the most significant changes. After that date, all models got better-quality, soft-touch interior plastic and mildly redesigned instrument graphics. As ever, the interior feels very spacious and that's in no small part down to the fact that the wheelbase of 2.60m is longer than that of theoretically roomier cars like the Volkswagen Golf. This available space can be optimised between luggage and rear passengers with the aid of a sliding rear bench seat as well as the usual folding arrangement. Cup holders, bag holding hooks and umbrella stowing points also hint at the Note's attention to detail. There's room in the glovebox for up to nine cans of drink and original owners could opt for a connection through from the air conditioning system to keep them cool. As before, this Note is squared-off at the rear with the natural roofline taking an unusual last-minute jerk upwards to maximise cargo capacity in the back. Raise the rear hatch and, if the original owner has ticked the right box, you can check out what remains the Note's most interesting feature, the optional split level Flexi-Board luggage bay. Here, twin steel-framed boards cover an additional stowage space beneath the floor which is ideal for stowing valuables. With the rear seats in place, there's 280-litres of luggage space. Slide the rear seat forward (it has a 160mm adjustment) and lower the luggage boards into the well, and you get an extra 100-litres, giving a total load space of 437-litres. Fold the rear seat and 1332-litres is on offer.

There really is very little to report here. The Note is a very reliable car and runs on mainly tried and tested mechanicals. Check for parking damage and ensure the car has a full Nissan service history and buy with confidence. The original warranty was a three year one, so cars out of warranty should make decent bargains as owners trade in for newer tackle. According to Which?, the Note is the 10th most reliable car you can buy in the UK.

Try and imagine a GTi hot hatch version of the Note. You can't can you? And that's just the point. Giving a car like this a powerful engine or stiff suspension would be as pointless as giving a fish legs. It's not what it's about. Still, the Note always feels highly nimble on the road with ride firm enough to resist roll and steering that's light but accurate. It's perfect for buzzing through the city streets and it inspires confidence thanks to good all-round visibility and a tight turning circle. If you really value syrupy, supple suspension, one of the Note's rivals may be a better option but otherwise, this Nissan should suit its intended buyers pretty well. Three main engine choices are offered, all shared with the model that at launch was this car's arch-rival, the Renault Modus. Low mileage buyers will choose between a 87bhp 1.4-litre and 108bhp 1.6-litre powerplants, but those who might want to take their Notes further afield may want to consider the improved diesel engine, a 1.5-litre dCi common rail unit borrowed from the Micra range with 85bhp on tap. In the unlikely event that you fancy giving some teenager a run for his money away from the lights in your Note, the 1.4-litre car will get to 60mph in 13.1s, the diesel is fractionally slower at 13s and the 1.6-litre petrol takes 10.7s. None of the engines are what you would call quick but they're all more than adequate for everyday driving, with even the 1.4 pulling reasonably strongly through the gears.

There's so much that can go wrong with buying a used car that many people are completely deterred. The Nissan Note reliability and sheer practicality means that it's a car that you can buy used without too much worry. They're usually owned by mature or family buyers who have the cars diligently serviced. Just as long as you don't chance upon one that's been ravaged by unruly kids or pets, you shouldn't go far wrong here. 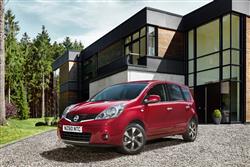 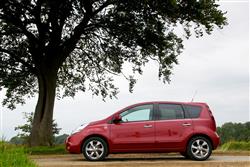 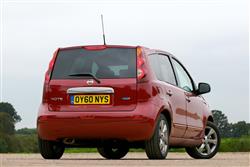 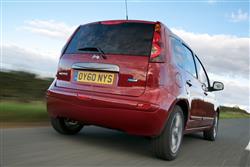 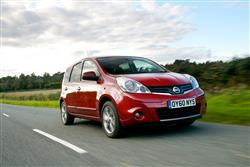 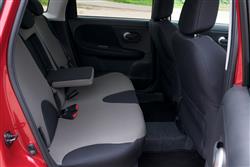