Nissan dives back into the family hatch sector after a long absence, reviving the Pulsar name in the process. Jonathan Crouch reports.

Nissan re-enters the family hatchback sector with the Pulsar, a somewhat conservative alternative to its extrovert crossovers like the Juke. The engine range is limited at present but looks set to expand with sportier models coming on stream. It's early days yet but the omens appear very promising.

Almost a decade ago, Nissan did something radical, something that's never been done by a mass market car manufacturer before. It abandoned the traditional genres of family hatches and medium range saloons, ditching the Almera and Primera models and concentrated instead on crossovers and SUVs. Cars like the massive-selling Qashqai and the Juke became Nissan's bread and butter and many other manufacturers scrambled to copy Nissan's model of success. You can probably guess what happens next. Just as everyone else jumps ship to flood the market with lookalike crossovers, Nissan has decided to go back to the market it last served with the rather forgettable Almera. This time it revives an old name and trains the Pulsar on the likes of the Ford Focus, the Peugeot 308 and the Volkswagen Golf.

The Pulsar has been fitted with an all-turbocharged range of engines, as is the current vogue, largely carried over from the Qashqai range. Petrol buyers don't get a lot of choice as its stands with just a downsized 115PS 1.2-litre DIG-T engine available, although dealers will take orders for the 190PS 1.6-litre DIG-T that's proven popular in the Juke. Choose diesel, as most UK buyers in this class do, and you get to select between a 110PS 1.6-litre diesel and, well, that's it. At least Nissan can't stand accused of overcomplicating the process of choosing engines. Where the diesel is solely offered with a six-speed manual transmission, the petrol engine comes with the choice of a manual or a six-speed Xtronic automatic gearbox. Both powerplants are decently muscular, the petrol generating 190Nm of torque while the 1.5-litre dCi common-rail diesel unit generates 260Nm. Contrary to most expectations, the Pulsar doesn't in fact ride on the same chassis as global partner Renault's Megane model. It instead uses Nissan's state of the art CMF2 chassis, a modular system that's very similar in its concept to the ingenious Volkswagen MQB platform that can be customised for various roles by mixing and matching the engine compartment, cockpit, front underbody and rear underbody. Nissan has two engine compartment configurations and three of each of the other components, allowing up to 54 different combinations. The Pulsar uses the low bonnet, low position cockpit and lightweight front and rear underbodies to create an agile-handling basis for a hatchback.

Nissan hasn't done anything too radical to the styling of the Pulsar. It's almost as if they want to re-enter the market quietly, appealing to more conservative buyers who couldn't picture themselves behind the wheel of a Juke or a Qashqai. The Barcelona-built Pulsar features instantly recognisable Nissan hallmarks like the V-motion grille and boomerang-shaped lighting signature with bold and energetic curves on the body side. It features some bold surfacing on the flanks although there are aspects of the rear end that are quite Corolla. The Pulsar's been especially engineered for the European market, being designed at Nissan's studio in London, with key engineering development carried out at Nissan's technical facility in Cranfield, Bedfordshire. The interior features higher quality materials than we've seen on Nissan hatches to date, and there seems to have been a concerted effort to create a common look and feel across typefaces and grains on the dash. It's certainly not what you'd call adventurous though, especially from the company that brought us the Juke cabin. Again, the impression is that everything has been deliberately toned down. Look hard and you'll spot Qashqai items like the steering wheel, clocks, gearlever and central display. Thanks to the longest wheelbase in the class at 2,700mm, the Pulsar offers considerably more rear legroom and shoulder room than its sector rivals. Indeed, with 692mm of rear knee room, the Pulsar is more spacious than many cars from the class above yet at 4,385mm long, it shouldn't prove a problem to park.

The entry level Visia is priced from £15,995 and gets a strong standard equipment count including a 5" colour screen, steering wheel mounted controls, Bluetooth and air conditioning. Step up to the Acenta model and another £1,700 or so nets you added extras like Forward Emergency Braking, automatic lights and wipers and Nissan's ingenious i-Key system. The n-tec versions adds 17" alloys, privacy glass and Nissan's signature LED lights. It also offers a colour reversing camera and NissanConnect 2, an infotainment system offering full smartphone integration, Google Send-to-Car and access to a wide variety of apps. At the top of the range is the Tekna, priced from £20,345, which gets further Nissan Safety Shield Technologies including Forward Emergency Braking, Moving Object Detection, Lane Departure Warning and Blind Spot Warning for the ultimate in passenger protection. Even the entry level model is well kitted out for safety equipment with six airbags, wheel-mounted audio controls, a tyre pressure monitoring system, anti lock brakes backed up by electronic brakeforce distribution, and a stability control system that also include Nissan's Active Trace Control, which keeps you from deviating from your steered path.

We were pretty skeptical when Nissan fitted the Qashqai with a 1.2-litre petrol engine, expecting dismal real world economy figures as the tiny engine laboured under the weight of a hefty crossover but we'd underestimated the torque benefit provided by the turbocharger. With 190Nm of torque on tap, this minuscule engine has more muscle at its elbow than something like a Mazda MX-5 2.0-litre. This means that you won't need to thrash the engine to make respectable progress. The diesel engine generates as little as 95g/km which means economy knocking on for 78mpg. As well as fitting stop/start systems, reducing engine frictional losses, optimising gear ratios and reducing weight where possible, Nissan has also devoted a great deal of attention to the Pulsar's aerodynamics. Residual values are another area where the Pulsar will have to excel, but it's off to a good start including so much equipment for the money which in turn prevents buyers from diluting their residuals by adding expensive options.

The Nissan Pulsar is, on the face of it, a deeply conservative and, some might say, rather staid entrant into the family hatch market. What chance does this car stand against the dynamic excellence of the Ford Focus or the design flair of the Peugeot 308? Quite a bit actually. The very fact that this car has been designed in this way speaks of a latent demand for a car that's the very antithesis of an extrovert Nissan Juke. There's still a market for something that represents good value, is incredibly reliable, cheap to run, is well-featured and which doesn't draw undue attention to itself. In its understated way, the Pulsar cleverly ticks all these boxes. We suspect that this will be a toe in the water for Nissan with more charismatic NISMO performance models slated for future release. It's been a long time coming but the Pulsar looks as if it means business. 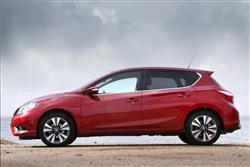 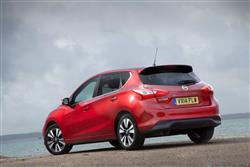 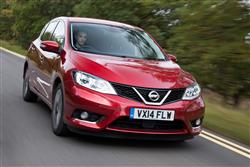 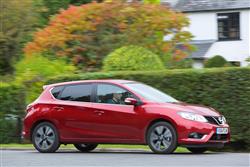 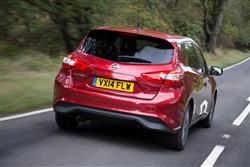 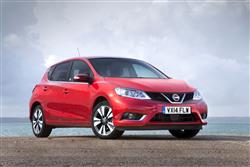