Nissan's second generation Qashqai is at its most popular in 1.5-litre dCi diesel form. Jonathan Crouch checks out the revised version.

Nissan's massive-selling Qashqai crossover is smarter and more sophisticated than ever in this revised second generation guise, with a range of class-leading safety systems and a classier cabin. British designed and built, this one's going to take some knocking off the number one spot. Most buyers are going to want it in 1.5 dCi diesel guise. Let's check that variant out.

Mention Nissan to most people and they'll think of a Japanese car manufacturer. Nothing particularly remarkable. To a Top Gear viewer it's the company that built the GT-R, a sports car that can humble Ferraris and Lamborghinis. Ask car industry experts about Nissan and they'll tell you a different story. Nissan is the company that made the most audacious gamble in recent automotive history, and it's one that paid off. The vehicle they went all-in on? This one right here, the Qashqai. The second generation Qashqai model launched in 2012 took the same qualities that made the original such a winner in the crossover class and refined them. Since then though, a whole host of copycats have sprung up, so this model is going to have to work harder than ever to retain its position. Is that too much to ask? Let's check out this car in volume 1.5 dCi diesel form to see if it can put rivals like the Mazda CX-5 and the SEAT's Ateca in their place.

On the face of things, not much has altered with this revised modein terms of drive dynamics, though Nissan insists that under the skin, modifications to the suspension, damping and steering systems have resulted in a more refined on-the-road experience, plus refinement's better too. Commit to a corner and this Qashqai doesn't feel appreciably different to a Golf or a Focus. You expect it to. You anticipate a certain tippiness, a laziness on its springs that's the hallmark of a higher-riding vehicle, but it's really not there. Body control is excellent, the steering is light and accurate and there's nothing cumbersome about it at all, helped in no small part by an engine that weighs next to nothing. Ride comfort is possibly a tad sportier than the class norm, and it can feel a little chattery on really bad surfaces but most of the time it just feels agreeably taut and direct. The suspension is a fairly straightforward setup of MacPherson struts up front and a torsion beam at the back. There's no 4WD offered on this 1.5-litre dCi model and most buyers won't want it anyway. What they will want is reasonable performance and, with 115PS on tap, this variant obliges - to a point, getting to 62mph in a leisurely 12.4 seconds. The engine now features an overboost function. This delivers an extra 5PS and 25Nm of torque for up to 15 seconds of driving. Overall, in all the basics that you'd want from the car, this Qashqai delivers. The brakes are excellent. Visibility is great. The driving position is spot-on. Refinement gets a big tick, even with this small 1.5-litre engine on the motorway. There's really not any significant Achilles heel you could identify in this car's dynamic repertoire. A little more performance and sparkle would be welcome. Otherwise it's tough to see how Nissan could have done much better.

The package of styling updates that Nissan introduced for Qashqai buyers in 2017 smartened this second generation design up considerably and included a completely revised front end incorporating the latest Nissan 'V-motion' grille. The headlamps were also revised with a classier version of the 'boomerang' Daytime Running Light signature. At the rear, the car's instantly recognisable 'boomerang' light motif is extended across the whole lamp, and includes a contemporary 3D lens effect to enhance the signature shape. If you haven't tried a Qashqai since this second generation version was launched in 2014, you'll notioce quite a few changes in the cabin too, where an improved layout, higher-quality materials and more advanced technology feature. The 'NissanConnect' infotainment system features a more intuitive user interface and there's a smarter D-shaped multi-function steering wheel with premium satin-chrome inserts. It features a four-way controller for the combimeter display, for easier use and less 'eyes off the road' time. The range-topping Tekna+ grade includes supportive seats trimmed in high-quality soft nappa leather and a popular option for music fans is a BOSE seven-speaker premium sound system. Practicality is as good as ever, with reasonable space in the back and decent headroom thanks to a relatively low seat height in the back. Boot space is 430-litres and load space flexibility is enhanced by a dual-floor system designed to provide a flexible and versatile load space.

Expect prices for this 1.5-litre dCi engine to start at around £21,000 and top out at around £29,000 for the range-topping model. That's right, this engine is offered in all trim levels, from starter Visia grade and then progressing through Acenta, Acenta Premium, Tekna and Tekna+. That should give you a clue, if clues were indeed required, that this engine isn't just a cheap way of luring you into a showroom. Even the entry-level model gets a decent bash at the equipment list, being furnished with cruise control, a stereo with USB and Bluetooth, heated body-coloured mirrors, air conditioning, stop/start and hill start assist. It also gets the usual safety features like ESP stability control, ABS brakes with electronic brakeforce distribution and front, side and curtain airbags. Safety-wise, there's an 'Intelligent Emergency Braking' system that features Pedestrian Recognition, plus 'Rear Cross Traffic Alert', to mitigate the risk of low-speed impacts when reversing out of a parking space, is now available on Qashqai for the first time. The car continues to be offered with Traffic Sign Recognition, Driver Attention Alert, Intelligent Park Assist, Intelligent Around View Monitor, Blind Spot Warning and Lane Departure Warning. And buyers will now be offered the option of 'ProPILOT' autonomous drive capability. Controlling the steering, acceleration and braking in a single lane on highways, this will provide consumers with more control of their vehicle and a more confident drive, plus greater freedom when they want it, whether during heavy traffic congestion or high-speed cruising.

The Qashqai model's diesel engines have always been extremely economical. Nothing's changed. Choose a 1.5-litre diesel and you'll see 74.3mpg and emissions of just 100g/km on 16 or 17-inch wheels. So how has this been achieved? Well, as well as fitting stop/start systems, reducing engine frictional losses, optimising gear ratios and reducing weight where possible, Nissan has also devoted a great deal of attention to the Qashqai's aerodynamics. With a drag co-efficient of 0.32, it cleaves the air very well for a relatively high vehicle. From the elements on show such as the roof spoiler with winglets, to those hidden away like the flat floor design, there's some clever thinking at work here. Another innovation is the Active Grille Shutter system. This closes off airflow through the radiator when not needed. The grille shutter automatically shuts at speeds over 18mph and only opens if sensors detect that the engine needs cooling. You'll also save in other areas too. With around sixty per cent of all Qashqai sales going to fleet buyers, Nissan has to dot every 'I' and cross every 't' when it comes to running costs. And that's right across the board, including servicing costs, insurance premiums and benefit-in-kind taxation. Residual values are great too. According to industry experts CAP, a 1.5 dCi Qashqai model will retain 50 per cent of its value after three years/30,000 miles, making it cheaper to run than an equivalent Volkswagen Golf. That really is quite a remarkable performance.

With this improved second generation Qashqai model, Nissan has worked its socks off to keep buyers loyal. As a result, this classic crossover is genuinely hard to fault. It's practical, safe, well-priced and well-finished. It's got a great chassis, you get plenty of standard equipment for your money and the running costs in 1.5-litre dCi diesel form brook no arguments whatsoever. It's become the quintessential car for small families. Of course, it has a huge array of rivals, but in the price bracket this car competes in, it's still one of the class leaders. You could choose a Hyundai Tucson, a Kia Sportage or a Suzuki SX-4 S-Cross and you'd be buying different but don't delude yourself that you're buying better. In this sector only the classy SEAT Ateca holds a candle to the Qashqai. It all means that this Nissan, a car that once appealed on the basis of style, has now become the biggest advocate of substance over style. Quite a change. Something tells us though that its appeal will remain undiminished. 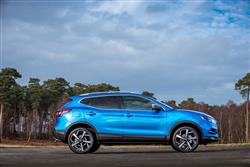 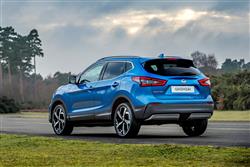 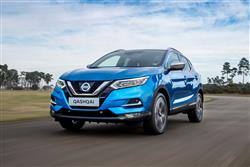 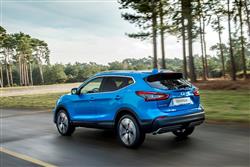 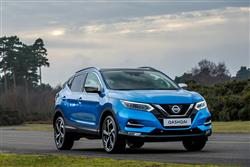 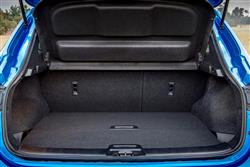