Fashion's a very personal thing isn't it? Even so, we think there'll be plenty of used market takers for this car, the second generation version of Peugeot's 3008, launched in 2016. Like its predecessor, this was a family-sized Crossover SUV, but this time round, the emphasis was very much more on the 'SUV' aspect. There's lots of different design and extra features to set it apart from rival models and an efficient range of engines that'll satisfy more sensible folk.

Peugeot's second generation 3008, launched in 2016, was certainly tasked with a much harder brief than its predecessor, a car launched back in 2008 at a time when every Crossover was considered innovative, regardless of the way it was designed. This MK2 model 3008 though, genuinely was, it's unique 'i-Cockpit' cabin and virtual instrument dials headlining a whole package of features that Peugeot hoped would set this car apart. There are, for example, shortcut buttons that use sight, sound, touch and smell to change the whole atmosphere of your drive. The brand even unveiled the option of a folding bike, this one electrically powered and able to fit in the boot and charge itself until needed at the urban end of any given journey. This 3008 slotted into the middle of Peugeot's SUV line-up, just above the supermini-based 2008 and just below the larger and more luxurious 5008. Like its predecessor, it was based on the Focus-sized family hatchback platform it needed to compete in the mid-sized segment for Qashqai-class five-seat family Crossovers. Which in this case, meant that most of the basic engineering was borrowed from the company's 308 model, so this car got that one's efficient range of engines and light, stiff EMP2 platform. Those underpinnings - shared with Vauxhall's rival Grandland X model - can also support the plug-in hybrid petrol/electric engine also developed for this 3008, the only unit in the range able to direct power to all four wheels. The line-up's other powerplants are all front-driven, though there was an optional 'Grip Control' system for customers needing extra traction. Most original buyers though, were more interested in prioritising a trendy travelling environment, something this car delivered with class-leading flair and quality. The PHEV version joined the range in late 2019, and the line-up was lightly facelifted in mid-2020. It's the pre-facelift versions we look at here.

As with the original 3008 model, Peugeot's designers set out to achieve something stylish and distinctive here. With this MK2 design, they achieved it. Though something of the MK1 model's profile remains with this Crossover, the short, tall, dumpy looks that characterised that early car were here replaced with something far more sophisticated and SUV-like. The saving grace of the first generation 3008 was its quality interior and the French maker again raised its game with this MK2 model, the major cabin talking point being the latest evolution of what Peugeot called its 'i-Cockpit' layout. As in the brand's smaller models, this sees you looking at the instrument gauges over the top of the steering wheel rather than through it, but a key difference with this 3008 lies in its standard provision of a fully configurable and customisable 12.3-inch colour screen in place of the usual dials. Just about everything else you'll need to know can be found on what looks like a tablet PC attached to the fascia, a multifunction 8-inch colour touchscreen that deals with the stereo, 'phone and navigational functions, plus the ventilation. In the rear, if you're lifting things like child seats in and out, you'll be glad of this model's high roof height and wide-opening doors. Once inside, you'll also appreciate this second generation 3008 model's extra 62mm of wheelbase, something that's freed up 24mm of extra cabin length for knees and legs back here As for the boot, once the hatch is raised, an impressively large 591-litre space is revealed - that's nearly 90-litres more than the previous generation model could offer.

Generally, most owners of MK2 model 3008s we came across were pretty happy but inevitably, there were a few issues we came across. Some owners of manual models have complained about gearbox noise. With one owner we came across, the oil light came on for no reason and the brake pads wore out very easily. Another owner found that the electric switches on the front doors retracted into the trim. Another customer found that the door handles wouldn't work in sub-zero temperatures. In another case, there were multiple electrical problems - for the windows, the central locking and in one instance for the entire dash. What else? Well some 3008s made between January and May 2018 can suffer with diesel particulate filter damage from a plastic component in the exhaust system. It's also worth knowing that the fixings for the tow bar might not have been tightened to the proper settings by Peugeot on 3008s made between June 2017 and January 2018.There are reports of oil leaks on some models built between April 2018 and May 2018 because a sealing plug wasn't tightened properly. Otherwise, it's just the usual things; check the interior for child scrapes - and the wheels and rear bumpers for parking scratches. And insist on a fully stamped-up service history.

Set off in a 3008 and one of the first things you notice is the size and positioning of the tiny steering wheel, part of an 'i-Cockpit' design that requires you to view the instrument binnacle above the wheel rather than conventionally through it. That means the wheel can be smaller and positioned closer to the driver, giving a more connected feel that encourages wrist-flick direction changes. That complements much improved driving dynamics for this MK2 model which see this Peugeot much keener to change direction. If the development team had been able to give the car a little more steering feel, we might even have called it quite fun to drive. And it's still one of the best-riding Crossovers of its kind from this period. Under the skin, most of the mechanicals are shared with the French maker's 308 family hatch, including the sophisticated EMP2 platform and all the engines. These include 1.6 and 2.0-litre BlueHDi diesels (the 1.6-litre engine was quickly replaced by a more efficient 1.5-litre BlueHDi unit); the alternative was a zesty 1.2-litre three cylinder PureTech petrol unit. Briefly from launch, the brand threw in its older 1.6-litre THP 165bhp turbo petrol engine as an auto-only option. In 2019, the PHEV Plug-in hybrid version was launched, based around a 1.6-litre petrol turbo engine. All mainstream models only come with 2WD, but original buyers could specify an optional 'Advanced Grip Control' package that offered grippier tyres, 'Hill Assist Descent Control' and extra driving modes tailored to different types of terrain.

It would have been hard to attach an SUV badge to the first generation 3008 with any kind of credibility. This MK2 model though, attacked that role with as much conviction as a modern Crossover buyer would want. What Peugeot realised here is that these days, a car like this must do more than merely look the part. It's a lifestyle choice, which means that it needs to be able to change aspects of your motoring lifestyle; the atmosphere you drive in; the way you can use the cabin instruments; the kind of mobility choices you can make at journey's end. This 3008 can make a difference in all these areas in a way that few other direct competitors in this class from this era can. Of course, it also needs to get the basics right too. As before, this is one of the most spacious and efficient cars in its segment, attributes further aided here by the stiff, sophisticated EMP2 platform. True, the diesel engines can be a little noisy when pushed. And other models in the sector still handle better, but few of these ride the bumps as well and this time round, the excellent damping package has been matched with a slightly more involving on the road experience. In summary, this is in short, a very sophisticated kind of compact SUV. Crossovers, it seems, have moved on. To find out how far, try driving one of these. 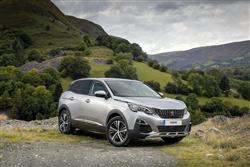 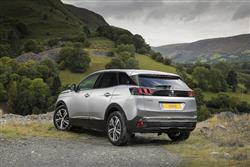 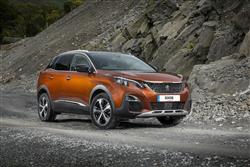 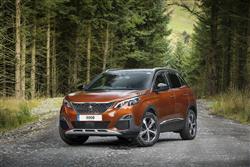 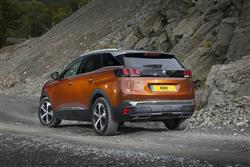 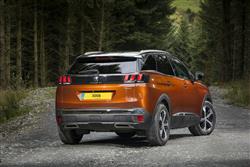