The Peugeot 308 evolved significantly in the second generation form launched in 2013. At first glance, the Focus-sized family hatchback formula might seem much the same as that of the first generation version, but the execution was miles better in this MK2 model, with a focus on refinement, interior quality and efficiency that put this car right up alongside the Ford and Volkswagen class leaders from its era. It's that good. There's a level of self-confidence and, yes, desirability here that we've not seen from Peugeot in a very long time.

What do you look for in a used Astra-sized family hatchback? If it's driving excitement, you'll find it in a Ford Focus. If it's sheer value, then you're more likely to be drawn towards cars like Hyundai's i30 or Kia's cee'd. But what if your priorities are a bit more relaxed? You want an expensive feel. An absorbent ride. A laid back demeanour. And a car that makes you feel you're in something much nicer. Perhaps, just perhaps, you want one of these, Peugeot's second generation 308. Mid-sized compact Peugeots with a '3' designation go all the way back to the 301 of 1932, progressing through the pre-war 302 and the post-war 304 to the 305 and 306 models of the Eighties and Nineties. By then, the French brand had become less aspirational in the family hatchback segment as volume sales were chased with the forgettable 307 of 2001, the underpinnings of which also formed the basis for its less popular successor, the first generation 308 of 2007. By 2013 though, the market was changing, primarily with the continuing emergence of cheap Chinese and Korean rivals. Brands like Peugeot were feeling the need to move up-market, a small but significant premium shift that this model aimed to showcase to potential buyers who wanted a compact car from one of the smarter makers but couldn't quite stretch to one. Shouldn't it be called the '309'? Perhaps - but then, Peugeot sold a family hatchback of that name back in the late Eighties that was anything but up-market and moving a digit further on would have removed the distinctive 'middle O' prefix that the company seems to like so much. On top of that, '8' is a lucky number in China, which is this car's most important overseas market. So, 308 it is, which means that for the first time in this Gallic brand's history, an existing model name was carried over into an all-new design. And this MK2 308 was all-new in every sense thanks to its hi-tech EMP2 ('Efficient Modular Platform 2') underpinnings that support a smart, classy body powered by some engines that are pretty cutting edge. The result ought to be a car that used market family hatch buyers must take very seriously indeed if they're looking for a contender from his era. This 308 design was significantly upgraded in the Summer of 2017, but it's the earlier version we focus on here.

We came across quite a few reliability and quality issues in our RCZ ownership survey, so you'll need to shop carefully on the used market. We came across reports of squeaky brakes, rattly exhausts, internal rattles, a grinding sound on brake application and a knocking sound on the front suspension. On one car, the hill start brake kept sticking on and the overheating warning light kept illuminating. On another, the owner experienced oil leaks, water leaks, had to fit two new clutches and experienced faults with the sat nav and the stereo. One car had its thermostat sensor fail, had an oil leak from the gearbox and had to have sections of its exterior chromework replaced. On another, the cylinder head had to be replaced, along with the coms module, the boot release, the sat nav screen and the temperature sensor.

Peugeot isn't just building a car with this 308. It's building a reputation. For too long, this much-loved brand lost sight of what made people want its products. Now, it's setting out to build desirable machines once more, models that aren't simply playing catch up or trying to copy the big sellers. Sure enough, this is vehicle with a definite feel of its own. It's not going to appeal to everybody but it is now a car that the company can rightly feel proud of - a contender good enough to worry the best in the business. After all, it gets so many things so right. French family hatchbacks in this class haven't always been able to justify themselves, either in terms of quality or in the harder discipline of pounds and pence running costs, but this one excels in both these areas. Then there's the driving experience. Gallic models have traditionally pleased either the petrolhead or the passenger: rarely both. This car manages that balance too. And, despite compact dimensions, it also has the largest boot in the class. Drawbacks? There aren't too many at all. Rear seat accommodation could be better. Not everyone will like the infotainment touchscreen - or the fact that you can't have it in entry-level trim. And years of premium product development will be needed before residuals can fully match those of a rival Volkswagen Golf - but then you can allow for that with more affordable up-front pricing. Overall though, what's on offer here is a car that looks set to restore Peugeot's reputation for building elegant, comfortable and understated vehicles. A car that finally makes good on the brand's upmarket aspirations. It's been a long time coming. 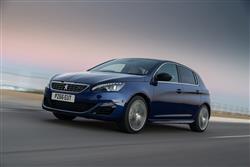 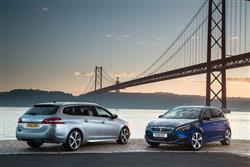 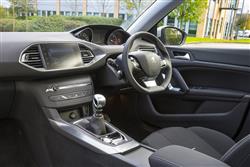