Looking for a tip for an underrated family hatch? Try Peugeot's 308. Expectations were low after the frankly dreadful 307, so we were all rather pleasantly surprised back in 2007 when the first cars appeared. Fast forward to 2011 and we got a facelifted version that was even better. That's the version we're ging to look at here. It's a mark of that car's success that when Peugeot decided to replace it with an all-new car in late 2013, it chose to keep the 308 name. If you're looking for a bargain used buy that drives well and looks modern, you know what to do.

The development of Peugeot's family hatches has quite a common bond with spinning plates. Just as it gets one thing right, another facet to the car drops away. It addresses that and the first attribute teeters out of control. Think back to the 306 and this was a car that looked good, drove brilliantly but was off the pace in terms of quality and practicality. Its replacement, the 307 was the polar opposite, Peugeot devoting so much resource to creating plenty of space and improving the finish that it was deathly dull to drive and its bottom-feeder face was hard to warm to. With the 308, Peugeot tried to bring all the stars into alignment and almost got it right straight off the bat. Despite being built on the same platform as the 307, it's better to drive and features more efficient engines. Thing is, it was hardly much better looking. Then the May 2011 facelift came along and rectified that, creating a car that was genuinely competitive but which was overlooked by many in favour of a Golf, a Focus, an Astra or a Megane. As a used buy, it's a conspicuous bargain.

The range of five-door hatchback 308 model engine options is as wide as you'd expect - normally aspirated 1.4 or 1.6-litre petrol VTi variants or the 156 or 200PS THP turbo petrol models. Then there are those HDi diesel options, 92 or 112PS 1.6s or the 2.0-litre 150 or 163PS units. Normally aspirated petrol models and the feeblest diesel have 5-speed gearboxes, but otherwise there's a 6-speed transmission used across the range. Whichever variant you choose, you'll find equipment levels better than they used to be, all models fitted with air conditioning, a decent quality CD stereo, remote central locking and power for all windows and mirrors. Safety-wise, all variants feature twin front, side and curtain airbags plus all the usual electronic assistance for braking, traction and stability control to hopefully ensure that they'll never be needed. All of which justifies a very strong showing in EURO NCAP safety testing which saw this car get five stars out of five for adult frontal crash protection, four stars for child safety and three stars out of four for pedestrian protection. Headroom's excellent in the back, even for a couple of six footers, despite the sloping roofline. As with virtually all family hatchbacks, it's a space intended for two adults or three children. Try and fit three burly people back here and it'd be a bit of a squash. Once you are installed here, there are no MPV-like touches to see the seats sliding or reclining for greater comfort, but one clever feature we do like is the way the clever rear shelf lets you get things out of the boot without having to go outside. Well, smaller things anyway. For bigger stuff, you'll need to open the rear hatch in the conventional way and get at your goods over the rather high loading sill. There's 347-litres of space, a figure that increases to 1398-litres once you flatten the 60:40 split-folding rear seats. If you need more, try the SW estate version.

The Peugeot 308 has enjoyed a better reliability record than its predecessor, but there are a couple of things you should check over when looking at the cars. The first is a fully stamped up service record. Next, check for flaking of paint on the bumpers and check that the air conditioning works and that the pixels on the centre display are all good. Also check for rear bumper scrapes.

(approx based on a 2011 308 1.6) Parts prices are affordable. In terms of consumable items, an air filter is around £15 with an oil filter retailing at approximately £20. Spark plugs are £10 each with a timing belt weighing in at the £60 mark.

It's best to ignore the entry-level 98PS 1.4-litre petrol and 92PS 1.6-litre HDi diesel variants that prop up the range and go straight to the volume models, both 1.6s, a 120PS VTi petrol or better, the 112PS HDi diesel. The petrol version's a willing unit, making sixty from rest in 10.8s on the way to 122mph, but most interest has centred on the diesel variant, badged 'e-HDi 112' in recognition of the clever technology it champions to drive down running costs. We've seen this engine in a range of other Peugeot and Citroen products in recent times, usually matched only to a rather jerky EGS semi-automatic gearbox. You can have that here too, but the difference with the 308 is that there's also the option finding a car with a conventional 6-speed manual 'box which may be less efficient but is ultimately more satisfying. A reasonable 244Nm slug of torque means that 308 e-HDi manual transmission customers shouldn't have to row their cars along with the gearstick, ensuring that this particular variant represents probably the best all-round choice in the range. You can pay more for a 150PS 2.0-litre HDi diesel (offered with 163PS if you find it specified as an auto) but it still won't get you to sixty in under ten seconds and delivers a markedly inferior set of running cost figures. Its extra pulling power (325Nm of torque) might be useful though, if you go for the 308SW estate variant, order that car's optional extra third row of seats, then somehow fill your vehicle with seven burly people. Otherwise, e-HDi motoring is the way to go. The 308 never feels like any kind of GTi shopping rocket, no matter how much power you end up with beneath the bonnet. The refinement, the light steering and the supple ride all tell of a different approach. Which Peugeot chose not to alter in this improved version. Probably with good reason. There are, it's true, softer-riding family hatchbacks, but few that offer a better ride and handling balance. Just because there's little joy to be had in throwing this thing around on its door handles doesn't mean it doesn't deliver satisfaction in other ways. Thread this car through a series of undulating, twisty bends and it displays admirable composure. It's the sort of model that makes long cross-continental-type journeys extremely comfortable.

A used Peugeot 308 is one of the best bargains in the family hatch sector and it's at its best in ots original guise in 2011-onwards facelift form. Here's a family hatch that was always better than the general public realised and by the time of this first generation model's mid-term update, the French brand had got to grips with most of its relatively few failings. Although the 1.6 VTi petrol engine is a sweet thing, we'd probably go for one of the e-HDi models. They're capable of big mileages without a large maintenance overhead and the power delivery of the diesel engine suits the 308's languid personality very well. You'll have to move quick though. The second generation version of this car has done a good job in reminding people just how good its predecessor was. 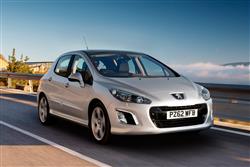 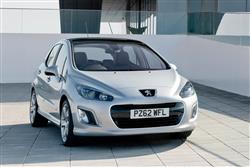