The Cayenne luxury SUV has long been one of Porsche's best selling models and the company has continually improved it over the years - as was evidenced by this facelifted MK2 model, introduced in late 2014. Getting a car of this kind to handle something like a sportscar is hard enough but doing so in an eco-friendly manner is even tougher. To some extent at least, the German brand managed that here. Hi-tech features promise much for drivers, while a Plug-in Hybrid version was included in the line-up to keep the green lobby at bay.

These days, even the purists have to accept the Cayenne SUV's importance to Porsche, given that without it, the brand itself probably wouldn't exist. Back in 2002 though when the very first generation version of this car was launched, the whole idea of this SUV provoked a storm of protest from fans of the brand, not only because it wasn't a sportscar but also, in their eyes at least, because it wasn't a proper Porsche. Critics pointed out that the underpinnings and most of what lay beneath the bonnet had been lifted straight from a Volkswagen Touareg. That was true but what those people failed to appreciate was that the original Touareg was a brilliant piece of design that got even better once Porsche had finished with it. Customers understood this before journalists did and as a result, over 276,000 MK1 models were sold over an eight year production run, that number all the more impressive given the unreasonable expectations that Cayenne models were - and still are - very often saddled with. After all, no one really expects a comparable top Range Rover or Mercedes SUV to be a sports saloon as well as both 4x4 and luxury limousine. No one cares very much if such rivals are somewhat pricey to run. Yet a Cayenne is expected to offer everything its competitors provide at the same time as slashing their running costs and handling like the fastest four-door. You have to feel for the engineers in Zuffenhausen. Undaunted, they brought us a second generation model in 2010 that was lighter, sharper, smarter and more efficient than before, introducing hybrid technology and a high powered diesel engine for the first time. That was followed by a package of facelift changes introduced towards the end of 2014 that characterise the Cayenne models we're going to examine here as a potential used buy. These updates brought a smarter look, a freshly-developed 3.6-litre bi-turbo petrol engine and the introduction of segment-leading Plug-in hybrid technology. The revised MK2 model range sold until the end of 2017, when it was replaced by an all-new MK3 model.

This improved second generation Cayenne is quite a smart-looking thing but in the past, this car rarely has been. The MK1 model's attempt to graft a Porsche 911 front end onto Volkswagen Touareg underpinnings never sounded like a good idea - and wasn't. Subsequently, the designers struggled with the task of integrating all-terrain toughness with the brand's trademark sportscar style. Still, the original second generation model showed the possibilities here and this facelifted version took its lead from the company's smaller Macan SUV in perfecting the possibilities of this design. You notice this most evidently at the front end where a redesigned bonnet features shut lines pushed right out towards the restyled wings. Piercing bi-xenon headlamps incorporate four-point LED daytime running lights and below them lie Macan-style air fins that more effectively cool the enormous engine bay. Inside up front, you'll find yourself sat in what is arguably the nicest driving environment in the luxury SUV sector from this era. Cocooning you 911-style into the brilliantly supportive multi-adjustable leather or alcantara-trimmed sports seat is a button-heavy lower console section with a bank of chrome-trimmed switches that run down the transmission tunnel and create the intended wrap-around cockpit-like feel. It's anything but minimalist, but the ergonomics are difficult to fault once you adjust to the layout and there's a huge range of adjustment to enable even the portliest people to get comfortable. The back seat is more comfortably supportive than it was on the original MK2 version of this model and can take up to three adults. And out back? Well raising the electrically operated tailgate reveals a boot that's one of the very largest in the class from this period, the 670-litre capacity giving you a massive 181-litres more space than you'd find in a comparable Range Rover Sport and, more surprisingly, 90-litres more capacity than you'd get in a Volkswagen Touareg.

By the time of this second generation model's facelift, Porsche had sorted out most teething Cayenne issues. Still, we did come across a few issues as part of our ownership survey. We heard stories of issues with things like coolant tubes, cardan shafts and noisy HVAC blower motors. One owner's experiences started with a faulty alarm on delivery, followed by a steam up on the motorway as the car was leaking and full of water. Check for scratched or kerbed alloy wheels and for the usual child damage in the back. And of course insist on a fully stamped-up service history. It's extremely unlikely that you'll come across a Cayenne that's been used to any great extent off road but look around anyway. We came across some particular specialists in Cayenne information, sales and maintenance; try www.jzmachtech.com (sales and service), www.saxton4x4.co.uk (sales), www.cayenneforums.com (forums) or www.porscheownersclub.org.uk (club).

This revised MK2 model Porsche Cayenne sets the benchmark when it comes to driving satisfaction in a large luxury SUV from the 2015-2018 period. Drive one on a racetrack and it'll steer with a directness that no other car in this class from this period can match, with an optional active anti-roll system on hand to make it corner like one too. At full chat, the petrol engines even sound suitably red-blooded. All that weight has to tell somewhere of course - and you certainly feel it under braking - but by and large, like it or not, this car represents an astonishing engineering achievement. Especially as the on-demand 4WD system combines with optional air suspension to create impressive off road prowess. This improved MK2 model offers mainstream Cayenne S and Cayenne GTS petrol buyers a 3.6-litre bi-turbo V6 to replace the previous 4.8-litre V8, this more modern unit delivering extra efficiency and more power: there's either 420 or 440hp, depending on the variant you choose. The old V8 lives on in the 520bhp Turbo and 570bhp Turbo S petrol models at the top of the range. Most MK2 model Cayenne buyers though, choose a diesel, either a 262hp 3.0-litre V6 unit or the potent 385bhp 4.2-litre V8 of the top S Diesel. As an alternative to that car, there's the petrol/electric 'S E-Hybrid' variant, a car that delivers low running costs but still can make 62mph in under 5s, return over 83mpg, emit just 79g/km of carbon dioxide and cover around 20 miles on electric power alone.

The revised post-2014-era version of this large Porsche SUV is, we think, a more credible Cayenne. For the few who'll consider conventional petrol power in the S and GTS versions, the 3.6-litre bi-turbo engine that was introduced as part of the second generation design's mid-term updates is less characterful than the older 4.8-litre V8 unit, but more sensible. And the Plug-in technology of the 'S E-Hybrid' variant means that a petrol/electric version of this car makes some sort of sense. That wasn't enough though, to prevent the majority of buyers of this revised MK2 model from continuing to choose diesel power. We understand that preference. And we also understand why for some luxury SUV buyers, there's simply nothing else quite like a Cayenne. This was the model that opened up Porsche ownership to a whole new group of people. They're not sportscar purists but they love the idea of sportscar technology being applied to make a real luxury 4x4 appeal to real drivers. Certainly it took the German brand some time to get this right: early Cayennes were rightly forgettable. But this lighter, faster, greener and better looking revised MK2 version is hugely impressive, in many ways the most astonishing car of its kind from this period that we've driven. 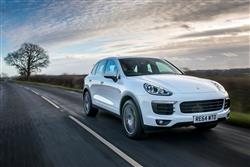 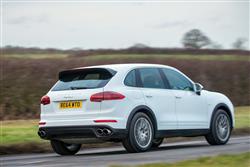 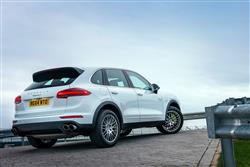 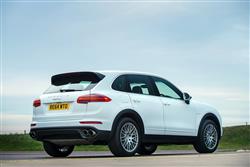 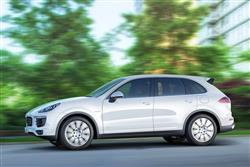 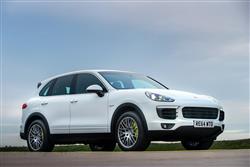