Emboldened by the success of its Qashqai crossover, Nissan acted quickly and decisively in introducing a seven-seat version, the Qashqai+2. This incorporated not only an extra pair of chairs but also everything Nissan had learned in building a series of MPVs. Suddenly you could have the image of an SUV/crossover with the practicality and low running costs of an MPV. It's small wonder the Qashqai+2 was such a massive success and it makes just as much sense as a used car as it does new.

Nissan didn't really do anything hugely novel with its massive-selling Qashqai. It just paid attention to what other manufacturers were doing and what customers were saying. It then launched the Qashqai straight into the teeth of the recession in 2007 and cleaned up as buyers downsized from thirstier 4x4s or realised that the residual values of their family hatches couldn't possibly match the more aspirational look and feel of this new breed of crossovers. The Qashqai's only real Achilles heel was that it was a bit small on the inside, a caveat that was erased with the introduction of the Qashqai+2 at the start of 2009. A bargain starting price of £15,495 caught the eye and the longer Qashqai was launched with a three trim line-up - Visa, Acenta and Tekna - and could be specified with 1.6-litre petrol and 1.5-litre diesel power, in addition to the 2.0-litre petrol and diesel units already available. The 2010 model year car introduced a raft of styling updates, dynamics changes, interior quality improvements and enhanced the vehicle's efficiency before there was another round of improvements at the tail end of 2011. In addition to the 1.5-litre dCi diesel, in came a 130bhp 1.6-litre dCi diesel that made all the right numbers when it came to real world performance, fuel economy and emissions. More importantly for Nissan, it put some distance between the Qashqai and the chasing pack. Cars like the Subaru XV and the Mazda CX-5 were posing a clear threat. Results talk though, and the Qashqai battered these very talented rivals in the sales charts, right through to its replacement at the end of 2013 with a car that was new from the ground up.

With the Qashqai+2 seven-seater, everything behind the windscreen pillars is different. The wheelbase stretches by 135mm and the overall length rises by 211mm to 4,526mm. To make sure that rear seat occupants don't feel too hemmed in, the roof line is reprofiled as well, adding 38mm to the car's height. The middle row of seats splits 40/40/40 and the backrest reclines to no fewer than nine adjustment positions. When the seats are folded down, there's a massive 500 litres of stowage space, and the rear hatch is both wider and has a lower loading sill than the standard Qashqai model. The trim level range kicks off with the entry-level Visia before extending through the Acenta and N-Tec derivatives to the plush Tekna. The n-tec models are likely to prove particularly popular with their focus on technology built around Nissan Connect. Nissan Connect is a control system for the Qashqai+2's advanced technology features which brings Bluetooth connectivity, touch screen satellite navigation, a colour reversing camera, an MP3 compatible CD stereo and a USB interface for connecting MP3 players all together in a single interface. The n-tec models also get 18" alloy wheels, a panoramic glass sunroof, privacy glass, roof rails and an auto-dimming rear-view mirror. The Nissan Connect system also comes as standard with the Tekna models. The most noteworthy addition to the Tekna's standard kit list, however, is the Around View Monitor which adds three external cameras to the Qashqai+2's existing rear view system to create a 360 degree overhead view. It's essentially the same system used in Nissan's premium brand Infiniti EX and FX models

Any small all-wheel drive vehicle is going to occasionally find itself being asked to do the off-road thing and although the Qashqai+2 does have a modicum of ability, it's no dedicated mud-plugger so check the vehicle carefully for signs of damage to its front spoiler, exhaust and suspension. The interior of the Qashqai+2 is tough enough although the rear extremities can be tough to keep tabs on and can incur parking scrapes. All the engines are tried and tested units with the diesels being particularly robust.

There's a wide choice of engines available to Qashqai+2 customers with two diesels and two petrol powerplants to consider. Things start off with a 1.6-litre 117bhp petrol unit and move up through a beefier 110bhp 1.5dCi diesel and 140bhp 2.0-litre petrol units before topping-out with the 150bhp 2.0-litre dCi diesel (replaced with a 130bhp 1.6 dCi unit in 2011). Nissan hasn't skimped when it comes to transmission choices either, the Qashqai+2 being supplied with five and six-speed manual boxes, a six-speed auto option and even an advanced Constantly Variable Transmission (CVT). The Qashqai+2 drives in an assured manner on the road and feels more like a conventional family hatchback than a 4x4 with its supple suspension and absence of body roll. The latest cars have revised suspension settings to improve things further in this area and refinement that's boosted by multi-layer insulation in the front bulkhead and a special soundproof windscreen. An expensive option on both this model and the top 140PS 2.0-litre petrol variant is Nissan's ALL-MODE 4WD system. Depending on how you twist the rotary controller in front of the gearstick, this can be set in front wheel drive, locked with drive split 50:50 to the front and rear or left in 'Auto' to shuttle torque backwards and forwards as required. It certainly doesn't make this car into any kind of off roader - there's no significant ground clearance for a start - but it'd be nice to have in a snowy snap.

The Nissan Qashqai+2 is a victory for pragmatism. It has been a success simply because its manufacturer predicted the way the market was moving and acted quickly to satisfy demand. Sales were buoyed by a strong reliability record and that only spells good news for buyers of used examples. It's not hard to track down well-priced, well-maintained and generously-specified stock. What's stopping you? 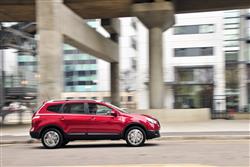 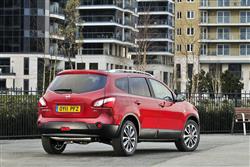 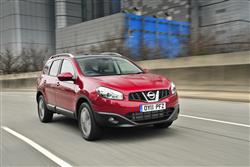 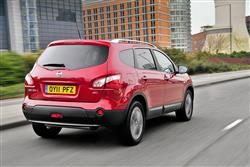 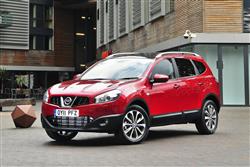 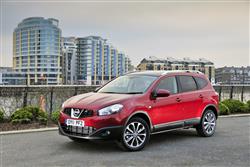