The fourth generation Clio supermini returned Renault to volume credibility in the supermini sector, offering more of the kind of effervescent personality that once made this model line one of Europe's favourites. Tougher segment competition though, led to the need for further improvements in 2016, principally a significant package of updates which delivered a smarter look and feel and kept this Clio feeling current. So does this revised MK4 model make sense as a used buy? Let's find out.

The Renault Clio has quite a legacy behind it and its success has been fundamental in keeping Renault afloat in recent times. The last couple of decades have been characterised by a lack of investment in the brand's key models in pursuit of an electrically-powered motoring future the market still hasn't been quite ready for. So Renault needed to get its core cars right, hence the effort put into creating the fourth generation Clio, originally launched in 2012. It was, we were told by stylist Laurens van den Acker, the car that would 'make people fall in love with Renault again' and sure enough, it proved a major step forward from its bland, unappealing predecessor. But by 2016, time had moved on, hence the need for the revised MK4 model we're going to look at as a used buy here. It sold until mid-2019, when the all0new MK5 Clio model was launched.

Renault always liked to see this fourth generation Clio as a standard-bearer for its switch to more imaginative design. In its original form, this MK4 model's long, wide, low look just worked - but it needed a bit of refreshment for this post-2016 facelifted version. Hence the revised front end, which features a grille that's was redesigned to make its prominent Renault badge even more. well, prominent. From here, colour-customisable trim strips flow out into re-styled headlamps that on plusher models incorporate smart 'C-shaped' LED daytime running light strips, while the main beams feature 'Pure Vision' full-LED technology. And at the wheel? Well back in 2016, we were told it was supposed to be 'modern, welcoming and occupant-friendly'. Well it's certainly modern, with shiny, jazzy cabin finishes that grab your attention and refuse to let it go, especially if you're in a car that's benefitted from (or been afflicted by) the wide array of trim personalisation that's was originally possible. If you happen to be familiar with the original version of this fourth generation model, you might well notice the improvement in cabin quality brought about by a package of little touches - like smarter seat fabric, a redesigned gear lever and the matt finish that was applied to the interior chrome detailing. Equally eye-catching is the consumer electronic-fest that dominates the gloss black-trimmed centre console of all but base models, in the form of a tablet-like 7-inch colour infotainment touchscreen display. This comes in two forms - the 'MediaNav' package you get on mid-range variants and the more sophisticated optional 'R-Link' set-up fitted further up the range. In the rear, the bench can take three but, as with all superminis, the trio in question need to be of school age if distances are to be covered in any sort of real comfort. Out back, there's a 300-litre boot that's about 15-20-litres bigger than the trunk space delivered by most obvious rivals.

This fourth generation Clio sports a cabin that's a good deal better screwed together and made of more durable materials than its rather reedy predecessors. It also runs on largely tried and tested mechanicals, so Renault has lessened the risk of problems cropping up quite cleverly. The racy Renaultsport 200 EDC model aside, this Clio has also escaped the boy racer brigade. The 200 is a very different kettle of fish and thrives on being driven within an inch of its life, so be a little more careful here. Whatever variant you're looking at, check tyres, exhausts and front suspension alignment carefully and try to establish if the previous keeper was diligent in the car's upkeep. Look for parking scratches on the alloys and evidence of child damage on the interior plastics and upholstery. All of these issues are common and could give you scope for price negotiation.

Thanks to the weight savings made with the original version of this fourth generation model and the installation of a quicker steering rack, this Clio remains one of the more enjoyable superminis from its era to drive. True, a Fiesta might just edge it for agility through tighter bends at speed, but the Ford can't match the supple suspension feel this Renault offers over poor surfaces. Engine-wise, the post-2016 MK4 Clio offered six main choices. Propping up the range, an old-tech 1.2-litre 75bhp petrol unit continued on, but if budget permits and you're looking for petrol power, we'd encourage you to look further up the range at something better. Principally, one of the TCe units. There are two main ones, a 0.9-litre turbo three cylinder TCe 90 variant and a 1.2-litre turbo four cylinder TCe 120 engine option. Alternatively, you could consider one of the 1.5-litre dCi diesels: there are two, with most likely to choose a 90bhp variant that's capable of quite energetic performance, yet which will still return up to 88.3mpg on the combined cycle and up to 82g/km of CO2. And a pokier 110bhp version of this powerplant. At the top of the range, the 1.6-litre petrol turbo Renaultsport hot hatch variants must be specified with EDC paddleshift auto transmission.

There's nothing wrong with any car company that good cars won't fix and this fourth generation Clio was a good car, especially in this revised form. The changes that were made in 2016 to create this enhanced model didn't make an enormous difference to the overall package, but they did add an extra feeling of quality to it. No small car is perfect of course - and this one isn't. If you're looking at comparable used small cars from the 2016 to 2018 era, you might feel a Volkswagen Polo is more solid or a Ford Fiesta a little sharper to drive. You might be right, but as a very accomplished all-rounder, this Clio continues to merit a significant place on any serious supermini buyer's shortlist. 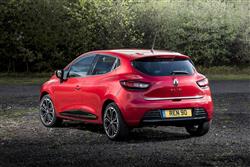 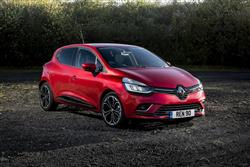 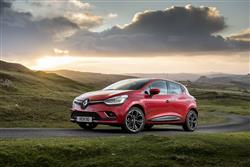 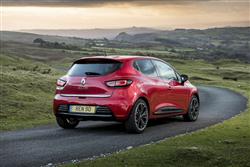 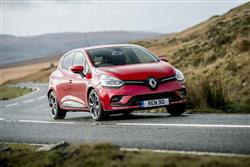 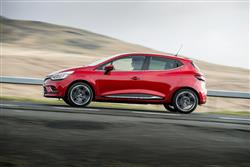