Renault's Kadjar crossover is the big brother to the Captur. The French company might have been late to this game but it's catching up fast. Jonathan Crouch checks it out in improved Blue dCi 115 diesel form.

Renault's Kadjar is the second small SUV in the French maker's range, slotting in just above the supermini based Captur crossover. It shares a platform with sister company Nissan's highly successful Qashqai but, with an emphasis on comfort, connectivity and safety, the Kadjar creates its own identity in a highly competitive market and has recently been usefully improved. It will appeal to those who are looking for something a little more stylish but who still need space for up to four passengers and for all the kit they'll be lugging around. Arguably, it makes most sense in volume 1.5-litre Blue dCi 115 diesel guise.

Renault has always sought to bring something a little different to the party. Some of its past designs haven't quite hit the mark but in recent times the company has rediscovered its mojo and delivered a contemporary brand of design language that's proved very popular with European car buyers. Recently, the Parisian producer has turned its attention to one of the fastest growing segments, the family Crossover, launching this Kadjar model in 2015, then improving it in late 2018 to create the car we're going to look at here in diesel Blue dCi 115 guise. The 'Kadjar' name rather tenuously links the French words for "Quad" - as in four wheel drive - and "Agility". This Blue dCi 115 variant though, comes only in 2WD form.

The Renault Kadjar is as accomplished on the road as you might expect from a car sharing the Qashqai's underpinnings. It is built for comfort rather than performance but that's no bad thing, given that this is a family crossover. The simple engine choices give sufficient flexibility should your preference be for low running costs, decent performance or an automatic transmission, while the option of 'Intelligent four-wheel drive' should give you the confidence to head off the beaten track should the need arise. We should point out that you don't get the 4WD option on the base diesel 1.5-litre Blue dCi 115 variant we're looking at here. Still, that won't unduly bother most SUV Crossover buyers, few of whom will want to shoulder the extra cost and weight of an all-wheel traction system. The 1.5-litre unit used here is a willing unit, though obviously not quite as torquey as the alternative 150hp 1.6-litre dCi diesel offered at the top of the range, so it won't be as appropriate if you're looking to do some towing. The 62mph sprint from rest in the Blue dCi 115 occupies 11.7s en route to 117mph, which should be enough for most.

So. What do we have here? A Nissan Qashqai with a Renault re-style? Or something more? The Kadjar certainly shares much with its Japanese design stablemate, primarily its 'CMF' 'Common Module Family' platform and most of its engine technology. Many though, will think this to be a more sleekly-styled car and it's certainly a more practical one, with a rear overhang lengthened to deal with the Qashqai's biggest problem, a lack of bootspace. The result is an appealing package that at first glance, seems to deliver everything that a modern SUV Crossover of this kind should offer. Inside, the fascia of this revised model has been given a new 7.0-inch centre-dash touchscreen that's a big improvement on what was offered before. There are smarter instrument cluster displays too. The dash is neatly executed with decent materials choices, but there's nothing about it that immediately smacks of Renault. Some might see that as a good thing given some of the wacky cabins Renault has delivered in recent memory, and there's nothing here that's going to put off those looking for a smart and presentable driving environment. The boot is a useful 42-litres bigger than a Qashqai's at 472-litres to the tonneau cover. You get handles that drop the rear seats in their 60/40 split, an organiser that prevents your shopping spilling all over the boot when you corner and a split level load floor. There's also 30-litres of oddments storage around the cabin and the front passenger seat can even be folded to use as an impromptu table.

Kadjar pricing sits in the £18,000 to £27,000 bracket - in other words, exactly what you'd pay for most other family-sized Crossover models of this kind. For many buyers, the real range starting point will be at around £20,000, given the premium of nearly £2,000 necessary to progress from the entry-level 1.2-litre TCe 130 petrol unit to the volume 1.5-litre dCi 110 diesel that most will want - the car we're looking at here. Both powerplants can be mated to Renault's smooth-shifting EDC automatic transmission if you're prepared to find an extra £1,200. If it's a diesel you want and you're prepared to stretch to mid-range trim, then you'll have the option of finding a further £1,200 to upgrade yourself to the pokier 1.6-litre dCi 130 diesel. It's this 1.6-litre unit that you have to have if you want your Kadjar with 4WD, all-wheel traction offered at a £1,500 premium.

Despite sharing the same platform and using similar engines to its Nissan Qashqai cousin, the Renault Kadjar is around 2.5% more efficient. Renault has shaved 4kg off the kerb weight and this car benefits in terms of its combined fuel economy and carbon emissions. A 'Stop & Start' system cuts the engine while the car is stationary, making each drop of fuel count. The most efficient Kadjar is the 1.5-diesel we're looking at here, this car returning a combined 65.7mpg and emitting just 113g/km CO2. Thanks to the Efficient Dual-Clutch auto gearbox system Renault uses, there is no compromise in efficiency between manual and automatic options. What else? In terms of insurance groups, this 1.5-litre diesel-engined variant sits in group 14E or 15E. The larger 1.6-litre diesel model is in 17E or 18E depending on trim level. To put that into perspective, the Kadjar may be more expensive to insure than the equivalent Mitsubishi Outlander, but cover should be cheaper than the Mazda CX-5 and Peugeot's 3008. You can expect class-leading residual values, too, with independent valuation experts 'CAP' estimating the Kadjar will retain around 43% of its value after the first three years. This comes down to the over package of low insurance costs, reasonable sale price and competitive economy. As with all Renault's, the Kadjar comes with a four year/ 100,000mile warranty and complimentary Roadside Assistance.

It may have taken a few attempts but Renault has finally brought a compelling proposition to the family-sized SUV Crossover market. The company seems to have reigned in some of its extrovert panache and have produced a tastefully elegant alternative to Nissan Qashqai, the market's most popular choice. Reluctant to copy anyone else's style, the Kadjar draws on the design language first seen on the Clio and Captur models and uses it to good effect to create a strong, almost athletic body, a characterful face and a very classy interior. It manages to look like everyone's favourite compact SUV, while retaining its own Gallic identity. What can we say against it? Not an awful lot, especially in this frugal 1.5 dCi 115 diesel guise. There are cheaper family SUV Crossovers out there, but few are so elegant. There are more spacious ones, but few are so efficient. There are some that are more frugal, but none that are so adventurous. When all is said and done, the Renault Kadjar offers more of what buyers in this segment tend to want. 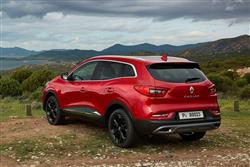 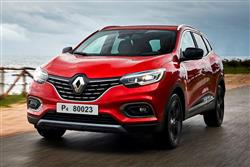 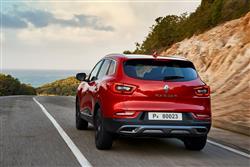 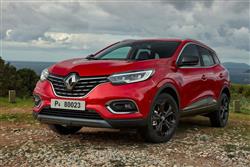 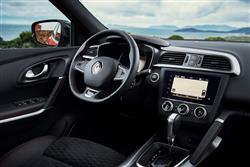