The third generation SEAT Leon was the first to be made available as an estate, this station wagon model badged 'ST' and sold in 'Type 5F'-series guise between 2013 and 2020. With all the hi-tech design excellence of the Golf Estate it was based upon but much more affordable pricing and an arguably sportier look and feel, it's exactly the kind of car the Spanish brand needed during the 2013-20 period in this sector. But does it make sense as a used buy?

So to the SEAT Leon ST, a compact estate that in this 'Typ 5F'-series form sold between 2013 and 2020 wasn't that compact. It's a sensible station wagon that claims to be sporty. A car of contradictions then, but one that promises to be quite appealing family transport. Back in 2013, this was the first time the Leon range had included an estate derivative, though SEAT had sold in this segment before with their Exeo ST model. That car though, was a rather half-hearted effort based on out-dated Audi A4 Avant underpinnings. This one was very different, launched in the UK early in 2014 and running on the same hi-tech MQB platform that underpinned the 7th generation Volkswagen Golf. Golf and Leon models shared most of the same engines too. This was, in short, a very thoroughly engineered product. Practical and sporty, it aimed to offer a more dynamic option to compact estate buyers, with a 'lifestyle' appeal that set out to also pique the interest of folk looking at Qashqai-class crossovers. The range was significantly facelifted in 2017 and the Leon ST in this form sold until Spring 2020, when it was replaced by an estate derivative of the all-new MK4 Leon model.

You might not be surprised to learn that this Leon ST offers a very similar driving experience to that of its hatchback stablemates - which wasn't guaranteed given the fact that this variant must carry along 270mm of extra length behind its rear axle. In the event, it's not something you notice at the wheel, where the driving dynamics are every bit as good as they are across the rest of the Leon line-up. On the move, the Leon ST has a sportier feel than you'd find in the other VW Group products that share its stiff, sophisticated MQB platform. With earlier generation models, that used to put off some potential customers but with this MK3 design, the Spanish engineers managed to blend this car's firm responses with an acceptably-compliant standard of ride. Most versions also get an XDS electronic differential lock that helps you get the power down more quickly out of tight corners. Only the most powerful variants get multi-link rear suspension. Engine-wise, there's a wide choice, with most options available with an extra cost DSG auto gearbox if you want it. If you're able to stretch to a post-'17-era facelifted version of this model, we'd recommend the newer three cylinder 1.0-litre TSI petrol unit that puts out 115PS and when carefully driven, is capable of returning diesel-like running costs. It can't match the returns of the volume TDI variant of course, the 1.6-litre diesel powerplant uprated to 115PS as part of the facelift. We're less enamoured with the other mainstream TSI petrol engines, a 110PS 1.2, a 125PS 1.4, a 150PS EcoTSI unit and a 180PS 1.8. Most will want the popular 2.0 TDI 150PS model, which offers a decent combination of performance and economy; expect 64.2mpg on the combined cycle and 112g/km of CO2. This 2.0 TDI engine can also be found in uprated 184PS guise. At the top of the range sits the 4WD 'X-PERIENCE' soft roading estate. Or, if your priority is performance, the 'Cupra 300' variants should appeal, models that use a 300PS 2.0-litre petrol TSI turbo engine, a set-up mated to 4WD if you go for the DSG ST estate version.

Once upon a time, not so very long ago, estate cars were purely for estate people - those with dogs, photocopiers to cart about and weekend leisure equipment. You wouldn't really consider one if you didn't actually need to. But station wagons like this Leon ST are rather different. Why wouldn't you choose one of these rather than a standard Leon five-door hatch? After all, the ST variant isn't much more expensive, looks just as good, drives just as well and offers a lot more everyday flexibility Like the best of its family hatchback-based competitors, it's also successful in offering nearly all the practicality in a larger estate car with the easy parking and deft manoeuvrability of a much smaller one. Is there really any point in considering a five-seater compact Scenic-shaped People Carrier when a car like this SEAT can be so versatile? What it all boils down to is that, with some great engines, a design that's bang up to date and a shape that doesn't instantly appear as if you've started down the slippery slope to pipe and slippersville, the SEAT Leon ST has a whole lot going for it. If you need an used medium-sized estate from the 2013-2020 period but wouldn't want to be seen dead in one, there is an alternative to a small SUV or MPV. If that's the kind of thing you have in mind, make sure this Spanish contender's also on your wish list. It might surprise you. 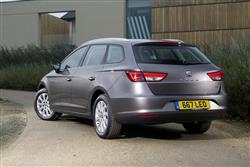 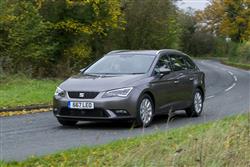 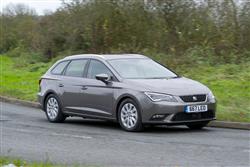 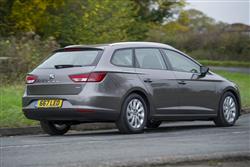 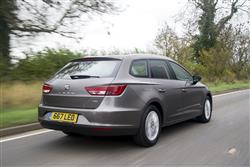 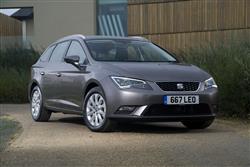