A Skoda Octavia was once one of the least sophisticated Volkswagen Group family hatchback products. Not any more. Almost nothing was held back for the third generation 'Type 5E' version originally launched in 2012 but then significantly updated in 2017. It's this improved version of the MK3 model (which sold between 2017 and early 2020) that we look at here from a used car buyer's perspective. Its unique selling points (as usual with an Octavia) lay in the fact that this car was bigger and better value than most of its rivals from this period, a Mondeo-sized medium range hatch for the price of a Focus-sized one. The difference with this updated MK3 design though, was that it was clever enough to change the way buyers thought about Skoda. Let's Czech it out as a used buy.

The Octavia nameplate actually dates back to 1959, but its real sgnificance began in 1996 when it first appeared on one of Skoda's modern-era Volkswagen-engineered models. This was a Golf-segment car with Mondeo-segment space, a recipe the market quickly embraced. Over the next two decades, more than five millon Octavias were produced for sale in over 100 countries and by 2017, production was taking place not only at the brand's factory in the Czech Republic but also on assembly lines in China, Russia, India and Kazakhstan. At its launch in 2017, this improved version of the MK3 model sat in between the Rapid hatch and the Superb in Skoda's line-up and promised to offer more space at a lower price than buyers could get from the three competitors in this segment that shared its engineering, the Volkswagen Golf, SEAT's Leon and Audi's A3. That meant use of the Volkswagen Group's stiff, sophisticated MQB platform and a well-regarded range of TSI petrol and TDI diesel engines. As to what changed with this enhanced package, well if you know the original version of this 'Type 5E' MK3 Octavia model, you'll notice the revised front end styling immediately. Skoda was also keen though, that buyers should appreciate this updated model's smarter cabin, upgraded media connectivity and stronger standards of electronic safety provision. In 2018, the 1.4 TSI petrol engine was updated with a 1.5 TSI unit of the same output; and an uprated version of the vRS sports model was launched, the petrol vRS 245. The MK3 Octavia range sold until early 2020 when it was replaced by an all-new fourth generation model.

For most of its production life, the Octavia model line always lacked a bit of street-side presence. With this revised third generation version though, the Skoda designers decided to put that right by giving the front end something of the look first seen in their Kodiaq large SUV. Not everyone liked the overall effect, but back in 2017, we thought that it delivered the kind of distinctive character this Czech contender had long needed. Aside from that, the recipe was much as it was before, buyers offered a choice of hatch or estate body styles that were all a small but significant amount bigger than most other cars in the Focus family hatchback segment in the 2017-2019 period. Inside, there was a much improved interior. The gauges flank a centre information display which brings all the main information you'll need into your line of sight - things like driving data, phone status, trip computer read-outs, a compass and the settings chosen for the navigation and audio systems. A lot of this was also covered in larger, more graphic detail by what was probably the defining feature of this re-styled cabin, a classily-prominent glass-fronted centre-dash infotainment screen that was fitted in different sizes across the model line-up. The top 'Columbus' 9.2-inch set-up is particularly slick, though it lacks the 'gesture control' functionality that the same design delivers in a Volkswagen Golf from this period. That's no great loss. Otherwise, the technology's the same, including the Navigation and integrated wi-fi features that the 'Amundsen' and 'Columbus' screens use to link into an infotainment online' package that enabled original owners to make the most of the Czech brand's freshly developed 'Skoda Connect' app. You enter the rear via wide-opening doors and once inside, you start to really appreciate the benefits of this Octavia's unusually long 2,686mm wheelbase - that's 50mm lengthier than a MK7 Volkswagen Golf. As a result, it's more spacious back here than any other family hatch-segment model from this period - at least for legs and knees anyway. Raise the rather heavy rear hatch and you'll find yourself looking at one of this Octavia's major selling points. A huge aperture opens the way to an absolutely huge 590-litre load area that's almost twice as big as the trunk you'd get in a comparably-priced Ford Focus or Volkswagen Golf from this period.

Skoda had ironed out quite a few problems common to earlier Octavias by the time it came to the updated version of this MK3 model but inevitably, a few issues have persisted and we found a few of them during our ownership survey. Most of the issues reported concerned either sat nav glitches or electrical problems. Or issues with the DSG auto gearbox: make sure on your test drive it works smoothly and without hesitation. One owner complained of an acoustic resonance over rough surfaces and said his car had an engine vibration that could be felt through the steering wheel at around 3,500 revs. Another recognised problem is the way that this MK3 model collects water that gets trapped at the bottom of the front doors. Other issues? There were water pump failures. And a recognised issue that sees the 1.5 TSI petrol engine lurch in first gear. There were a few reported air conditioning compressor/pump problems and on one car, the rear door seals came apart. There was an issue for one owner with the front headlamp washers - they had to be re-set in order top work properly. On another car, the dual mass flywheel had to be expensively replaced and the gear selector kept sticking in reverse gear.

This Skoda has always been the choice of the pragmatic family motorist. Someone who values comfort, reassuring handling and refinement and would be mildly surprised by the notion that a car of this kind should offer anything more. It's not then, perhaps very surprising that the Octavia isn't the most dynamic car to drive in its segment, though it can be pushed along surprisingly rapidly should the need arise to do so. Helping here are a number of factors; relatively light weight, precise steering, the stiffness of the sophisticated Golf-derived MQB chassis and a standard XDS electronic differential lock system that helps you get the power down through the bends. Typical buyers though, will be more interested in attributes like ride quality. That's not bad at all over normal surfaces, but it could be better on bumpy urban tarmac. For this, blame Skoda's decision to limit use of sophisticated multi-link rear suspension to top vRS models. Lesser variants must have a lesser torsion beam set-up. Engine wise, there are really three levels in the range. Budget buyers get 115PS, either with a 1.0-litre three cylinder TSI petrol unit or a 1.6-litre TDI diesel. In the mid-range, customers are offered 150PS, either with 1.4 TSI petrol power (later replaced by a 1.5 TSI engine) or the 2.0 TDI diesel most original buyers chose, a unit capable of 65.7mpg on the combined cycle and 113g/km of CO2. Top vRS performance variants feature a potent 2.0 TSI petrol unit that offers either 230 or 245PS. Alternatively, the 2.0 TDI diesel unit is available in a pokier 184PS state of tune and can be had with 4WD. The same 4x4 system also features on the SUV-style 'Scout' estate models. Across the range on most Octavia variants, the Volkswagen Group's 7-speed DSG auto gearbox featured as an option.

The Octavia name - based on the latin for 'eight' - is an almost inseparable part of Skoda's history, dating all the way back to 1959 when it arrived to designate the eighth design produced by the Czech brand following World War II. In modern era guise, Octavias have sold prolifically, enough, if placed end-to-end, to fill three lanes of the complete M25. Many of those sales of course, date back to a time when this was a slightly smaller and certainly much less sophisticated car. But in 2017, buyers were offered this very different kind of Octavia - one able to deliver an almost Golf-like air of quality. The technology on offer certainly matches that of a Golf though, perhaps inevitably, from new an awful lot of it was either optional or only found right near the top of the range. Ultimately, this is one of those instances where much changed, but much also remained the same. Many will continue to choose an Octavia for exactly the same reasons that people have always bought into this model line: solid build, sensible pricing and, most significant of all, more interior space than any other Focus or Golf-segment rival can offer. To that practical perspective, this improved third generation design added a welcome bit of polish. By 2017, it was no longer the cheapest choice you could make in this class but arguably, it remained one of the very cleverest. The same holds true for the used car buyer. 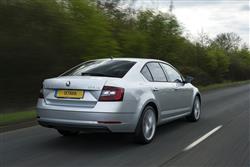 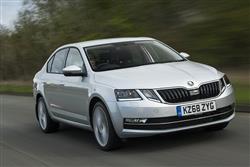 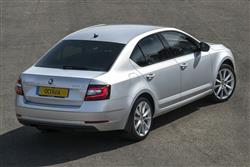 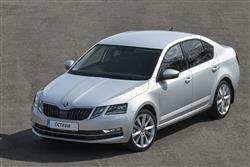 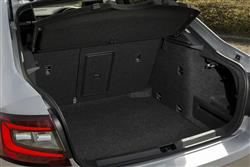 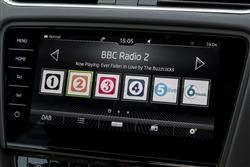