Crossovers seem to be getting smaller as interest in them gets bigger. Take this Suzuki Ignis for example. It's just 3.7m long, so it's probably more accurate to call it a citycar-based Crossover, though one that has a very fashion-orientated remit. Here's the lightly facelifted improved version, which focuses on mid hybrid petrol power.

Suzuki has an enviably wide range of compact Crossovers. There's the utilitarian Jimny, the fashion-conscious Vitara, the family-friendly SX-4 S-CROSS; plus you could even count the 4WD version of the Swift supermini. Since 2016, the brand's line-up has also featured a further option of this kind, this trendy little Ignis, now subtly improved. The model sits on the new generation platform we first saw in the Baleno but this time clothes it with much funkier styling that Suzuki hopes will interest a whole new raft of image-conscious urban-based buyers. This platform targets the reduction of weight as well as further increased rigidity and the lightest Ignis model has a kerb weight of just 810kg. Power comes from a 1.2-litre petrol unit that features mild hybrid assistance.

All Ignis buyers now get an updated 'K12D'-series 1.2-litre Dualjet petrol engine which features a new dual injection system and can optionally be ordered with CVT auto transmission if you want it. This powerplant is one also used elsewhere in Suzuki's range in both the Swift and the Baleno. As with the Baleno, Ignis buyers have the option of ordering this powerplant in more frugal SHVS mild hybrid form. This compact and lightweight unit incorporates an Integrated Starter Generator (known as ISG) which acts as both a generator and starter motor. The ISG is belt driven and assists the engine during vehicle take off and acceleration and also generates electricity through regenerative braking. The SHVS system only uses its conventional engine starter motor when first started from cold. Under all other conditions, it uses the ISG unit to allow smooth and quiet engine restarts. The energy assistance provided during acceleration enables the SHVS to be known as a mild hybrid system which is ideally suited to a compact car and adds just 6.2kg to the overall weight. SHVS buyers also get the option of Suzuki's ALLGRIP 'AUTO' four-wheel drive system. First introduced in Swift, this is a well proven and simple fully automatic and permanent four-wheel drive layout which transfers additional torque to the rear wheels when required via a viscous coupling. Enhancements to the Ignis ALLGRIP system include Hill Descent Control and Grip Control. Grip Control activates on slippery surfaces at speeds of less than 18mph. Once switched on by the driver, it focuses torque on the driven wheels that have grip and will quickly apply braking to the wheel that is spinning.

Changes to this updated model are subtle and primarily centre around a smarter 5-spoke front grille, along with front and rear bumpers featuring trapezoid-shaped silver under garnishes. Otherwise, the distinct looks remain as before, including blacked out A and B pillars, fender garnishes and a clamshell bonnet that flows into striking LED headlamps. Suzuki hopes the robust shoulders will suggest strength whilst also adding character, while other nice touches include the unusually-angled rear side window which sits just in front of three slashes supposed to reference Suzuki's classic SC100 'Whizzkid' model. Inside this improved model, the fascia now gets gunmetal grey or blue accents matched to updated grey or blue seat upholsteries. The instrument panel now features a newly designed meter cluster and has been updated with black and white contrast touches. As before, the cabin is dominated by a large infotainment screen which looks rather stuck onto the middle of the dash - though that's presumably an intentional styling device. The rounded shape of the air-conditioning system's panel is nice and the distinctive instrument cluster design gives the cabin environment a more futuristic look than you'd find in other Suzukis. This model's stiff, sophisticated platform has helped the designers in minimising the size of the engine compartment which has enabled them to maximise the space available for cabin occupants and luggage. That means there's more legroom in the rear than you might expect from a car of this size. There's more luggage pace too, 267-litres in standard models or 204-litres in 4WD 'ALLGRIP' variants. This, combined with the ability to fold down the rear seatbacks, makes it possible to accommodate a wide variety of luggage.

The Ignis is available in SZ3, SZ-T and SZ5 grades and the range is based around the 1.2-litre Dualjet Hybrid mild hybrid petrol powerplant. As for prices, well they start at just over £13,000 for the SZ3, rise to just under £15,000 for the SZ-T and run further up to just under £16,000 for an SZ5 with two wheel drive. With this top trim level, there's also the option of 'ALLGRIP' 4WD for £1,000 more. Buyers get a choice of 11 colours with full personalisation options available for both exterior and interior trim. As for equipment, well six airbags, air conditioning, a DAB Radio and Bluetooth all come fitted as standard on all Ignis models. The SZ-T variant adds sliding rear seats, satellite navigation, a rear view camera, wheel arch extensions, side mouldings and roof rails and 16-inch alloy wheels. If you can stretch to the top SZ5, you'll get auto air conditioning, LED headlights with LED daytime running lights, Dual Camera Brake Support and Cruise Control. That Dual Camera Brake Support ('DCBS') system is important because with this feature fitted, the Ignis has been awarded a Five star rating Euro NCAP safety tests. DCBS incorporates stereo cameras mounted on each side of the driver's rear view mirror that function in a similar way to the human eye. The system can detect objects ahead including pedestrians and alert the driver with full braking automatically applied if necessary. Models without DCBS were awarded three stars and this system is available as an option.

The standard 1.2-litre Dualjet Hybrid engine is an efficient unit. The SHVS mild hybrid system helps Suzuki reach a top class CO2 emissions figure of 98g/km, plus achieve a fuel consumption figure of up to 54.1mpg on the WLTP combined cycle for the 2WD model. The SHVS set-up uses an electric starter motor - Suzuki calls it an 'ISG' or 'Integrated Starter Generator' - which assists the petrol engine in certain situations. The 'ISG' harvests kinetic energy when you brake and converts it into electrical energy that stops and starts the engine in heavy traffic and provides a mild extra power boost as you accelerate What about other costs? Well, every version comes with a three-year, 60,000-mile warranty to match most rivals. There's also a year's breakdown cover that extends across the whole of Europe and includes roadside recovery. A 12-year anti-rust guarantee comes with the car too. Service stops are needed every year or 12,500 miles for the 1.2-litre SHVS variant. Once your Ignis has been registered for three years, it will become eligible for Suzuki's fixed price service package which will enable you to get servicing carried out for a single fixed price that will include parts, labour and VAT. There are around 180 Suzuki dealers in the UK and they're noted for excellent customer service. You can also even out the cost of regular maintenance with a 'Service Payment Plan' that covers you for anything between one and three garage visits.

What if you could buy a small, sensible little runabout but feel the same level of emotional involvement with it as you'd get from the kind of car you'd choose to spoil yourself - a sports roadster perhaps, or a convertible? That's the thinking behind this Ignis. Small car customers wanting something more individualistic and interesting were previously limited to models like the Fiat 500 and the MINI. Now, those of them prepared to look a little further will find in this Suzuki a cheaper, more efficient, more capable and even more eye-catching way to stand out in the high street, especially in this revised form. True, finding a bit more cash for an ordinary supermini might certainly get you a small hatch with a smoother quality of ride and a better finished interior. But it wouldn't get you a car guaranteed to make you feel good about yourself. Hard to put a price on that isn't it? 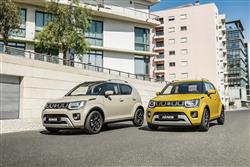 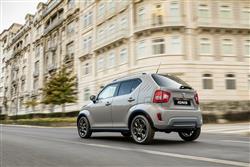 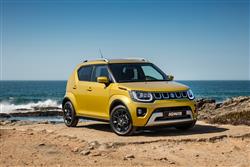 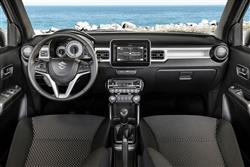