The Suzuki Splash was never much of a sales success, but that's no reason to discount it when buying used, especially with the 1.2-litre engine found in post-2011 facelift models. If you find the mainstream city cars either too common or too small but don't want a Fiesta-sized supermini, the Splash might be worth a look. Here, we'll concentrate in detail on the later versions.

The first Splash came out in 2008 and shared underpinnings with the slightly more popular Vauxhall Agila. Sitting between the tiny honest-to-God Alto and the larger, better-known Swift, the Splash occupied what was, to some, a no-man's land. When looked at another way, however, it bridged the gap quite neatly. When the Splash came to its mid-life facelift in 2011, the major improvements were made under the skin. The 1.2-litre petrol engine was replaced by a similarly sized 94PS unit nabbed from the Swift, delivering comparable fuel economy to the smaller 68PS 1.0-litre engine also available, despite boasting an extra 26PS. Other tweaks included new trim levels, which saw GLS and GLS+ replaced with SZ2, SZ3 and SZ4 - a system more in line with the other models in the Suzuki range.

Basic SZ2 models come with electric windows, remote central locking, a CD player and a leather-wrapped steering wheel. Other than that though, there's an awful lot of nothing much. Even air conditioning doesn't come as standard. Further up the range, alloy wheels, air-con and front fog lights all come into play, so SZ4 or SZ3 models, perhaps those with a few optional extras, make the most advisable used choice, especially as they're the ones available with the choice engine, the 1.2. Regardless of engine or trim level, the Splash provides an almost Tardis-like cabin, with bags of leg- and head-room for passengers. The trade-off, unfortunately, is boot space, with the 178-litre area proving something of a disappointment. Still, if you're prepared to fold down the rear seats, you'll manage a much more competitive 573-litres of luggage space. If you're set on an automatic version, there's bad news: the Splash only comes with an automatic in range-topping SZ4 guise with the 1.2-litre engine. It was the most expensive Splash at launch and it remains the priciest, with the majority of three-year-old, low-mileage examples on forecourts with ticket prices of over £7,000.

The biggest known fault affecting the Splash is the rear suspension struts, which aren't the easiest things in the world to replace. If you test drive a car with a knocking noise coming from the rear, walk away. Other than that though, the Splash is fairly problem-free. They've often been used around town and so might have had a harder life than the mileage would suggest, so be on the lookout for 'parking rash' - the usual scratches, dents and chips you'd find on a car which has spent a fair proportion of its time in supermarket car parks. Exercise all the customary caution you'd normally employ when buying used and you should be alright.

(approx based on a 2012 Splash 1.2 SZ3) Parts for the Splash are reasonably cheap, with even a big item like a replacement clutch costing less than £150 (without labour). More commonly replaced things like brake discs will cost about £30-40, with pads costing much the same. A new tyre from a reputable manufacturer will set you back around £65.

The basic engine is the 1.0-litre petrol and though it was popular for its impressive fuel economy, its performance isn't amazing. The sprint to 62mph takes the thick end of 15 seconds and the top speed isn't even in triple figures. Even the 1.2, which is the pick of the range, isn't especially rapid, taking a more respectable but still unremarkable 12 seconds to hit the magic 62mph. Fuel economy is decent for both engines, with the 1.0 managing 60.1mpg and the 1.2 returning 55.4. CO2 emissions for both engines are also good, with only the automatic version of the 1.2 straying above the 120g/km mark and into the pricier three-figure road tax bracket. Handling should be reasonable thanks to underpinnings largely similar to the peppy little Swift supermini. Yes, the higher centre of gravity might make it a bit roly-poly through the bends, but the higher driving position is likely to be a boon in town, giving you greater visibility.

With the added practicality of its segment-bridging dimensions, the Splash makes for an interesting addition to the market. It's the definition of no-frills motoring; a car for those with more sense than money, but that's an endearing quality. It all means that if you want a practical and economical city runabout but don't want something too mainstream and common, the Splash is probably worth further investigation. And that investigation will be minimised if you opt for one of the later post-2011 facelifted variants we've been looking at here, cars which will have led slightly easier lives than earlier and potentially tattier examples. Were we in the market for such a thing, our choice would be the 1.2-litre petrol version, because it's reasonably economical and punchy enough (although you'd never call it quick), and we'd probably go for the mid-range SZ3 trim. 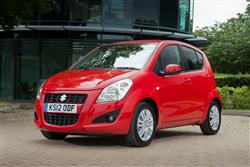 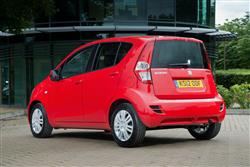 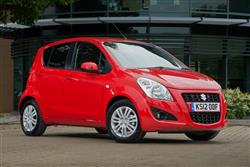 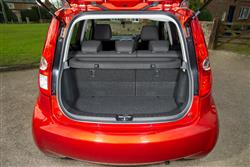 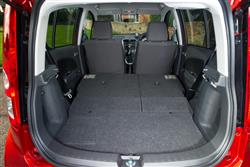 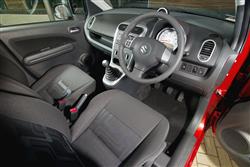