This Vitara is Suzuki's core offering in the fashionable small SUV segment and was usefully improved in this post-2018 facelifted fourth generation 'LY'-series guise. The engine range was completely updated as part of this MK4 model's facelift, plus style and safety were both further enhanced. Plus a bit of substance was mixed in with the style here, especially if you opt for one of the 'ALLGRIP' 4WD variants. And the resulting package continues to be a strong class contender from the 2018-2020 period.

No other brand can rival Suzuki's range of differing options for those in search of a small SUV. Here's the one that most of the brand's customers choose, the fashionable, practical Vitara. This particular one's a usefully improved version of the successful fourth generation 'LY'-series model. And we're looking here at the version which sold between 2018 and 2020. It's an important car. When the Japanese maker first launched this MK4 design back in 2015, competition was relatively scarce in the small SUV segment. By 2018 though, virtually every mainstream brand had a little supermini-based 'Juke-genre' crossover. Suzuki though, went further. For those in search of such a car, it also offered the rugged Jimny, the more city-orientated Ignis and the surprisingly spacious family-friendly SX4 S-Cross. The Vitara offered the best bits of all these models combined into a package that quite a few customers found to be quite appealing. As it always has. The Vitara model line is now over three decades old, its provenance dating all the way back to the launch of the cute first generation version in 1988. In 1998, a second generation design pushed a little further up-market, as did the third generation 'JT'-series 'Grand Vitara' model of 2005. A decade later, that MK3 version's 1.6-litre petrol and diesel engines were carried forward with merely minor modifications into this fourth generation 'LY'-series car and, not surprisingly, by the end of the 21st century's second decade were beginning to fall behind the segment standard in terms of frugality and efficiency. With this MK4 model's facelift, announced late in 2018, Suzuki took the opportunity to fully replace those two core powerplants - and update much else besides. With this facelifted model, all variants were petrol-powered and featured the company's turbocharged 'Boosterjet' technology - in 1.0-litre and 1.4-litre forms, with both units promising greater frugality, lower emissions and improved mid-range pulling power. Other changes to the Vitara line-up lay with upgraded safety provision, extra equipment and sharper styling. As before, this remained one of the few cars in the class to offer a 4WD option. The car sold in this form until Spring 2020, when it was replaced by a version with a 1.4-litre mild hybrid engine. It's the conventionally engined 2018-2020-era versions of this model though, that we look at here.

This may have been a Vitara designed for a different age - but it was still very much a Vitara, even if it did only come with five doors. Visual ties with the 1988 original were maintained by the traditional clamshell bonnet, the front wing vents, the rising feature lines of the flanks and the shape of the headlights. As you would expect though, this was a more modern interpretation of what a car of this kind should be and this facelifted fourth generation 'LY'-series model aimed to emphasise this with a few carefully chosen styling updates. Most of these can be found at the front, where the grille here features six vertical slats, rather than the two horizontal ones used previously. The lower trapizoidally-shaped central section to the bumper was re-designed too. Up-front, you sit in a properly commanding high-set position - something which can't be taken for granted on small SUVs these days. For this revised Vitara model, Suzuki tried to improve the feel of the cabin a little by giving the upper part of the instrument panel a soft-touch finish, plus the seat fabric was upgraded across the range and a colour display added into the instrument binnacle. As on the original version of this fourth generation design, a 7-inch Smartphone link audio system screen dominates the centre part of the dash on most models. Its graphics aren't particularly sophisticated but it does incorporate navigation, a DAB tuner and a reversing camera. You certainly couldn't call the rear seat 'spacious' but for sure, there's more legroom than you'd probably expect from a compact crossover. Unfortunately, there's no opportunity to further improve things by either sliding or reclining this bench - but few contenders in this segment offer than kind of option. Lift the rear hatch and there's a class-competitive 375-litres of space on offer.

Thanks to its relatively light weight, this Vitara is one of the more engaging small SUVs you could consider, an attribute complemented by the smaller Boosterjet turbo petrol engines fitted right across the range with this post-2018 version. There are two, a three cylinder 1.0-litre unit developing 111PS and a four cylinder 1.4-litre powerplant putting out 140PS. Both feel willing and revvy and even the base 1.0-litre option gives you more pulling power than was generated by the previous normally aspirated petrol 1.6. A 6-speed auto gearbox is optional with both engines. Through the corners, the car's eager to change direction and body roll's decently controlled. You even get a welcome bit of initial bite from the steering when first you turn in, though unfortunately, the response gets a bit vaguer the faster you go. Traction's good too and on that subject, it's worth pointing out one of this car's key selling points; the fact that it's one of the few models in its segment that can be had with 4WD - the Suzuki 'ALLGRIP' system. This offers 'Auto' and 'Sport' settings for tarmac use and 'Snow' and 'Lock' options to help you through poor conditions. The set-up does extract an efficiency penalty though, so most buyers will probably stick with a front-driven variant. A base 2WD three cylinder 1.0-litre Boosterjet manual Vitara manages 45.9mpg on the combined cycle and 139g/km of CO2 (both NEDC figures).

Customers wanting a small SUV of this kind now have so much choice that for many of them, it must be difficult to know where to start. If that's the case for you and you're looking for a used model in this segment from the 2018 to 2020 period, then beginning your search by looking at a great all-rounder in this segment seems to make a lot of sense. And this improved Vitara is certainly that. This car isn't perfect of course. It's not quite as affordable as it once was, the infotainment set-up could be more smartly presented and we're disappointed that Suzuki's package of camera-driven safety kit isn't even optional on mainstream models. Otherwise though, there's still plenty to like about a Vitara. The light kerb weight delivers agile handling and you get competitive efficiency from the much improved range of Boosterjet engines that were fitted to the post-2018-era version of this car. This is, in other words, in every sense, a Vitara for the modern world. A car that's a little more than just a fashion statement. 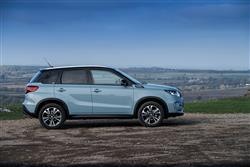 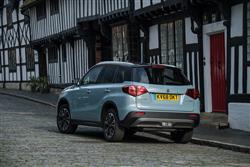 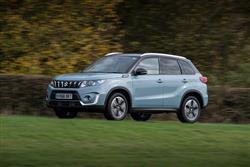 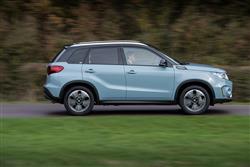 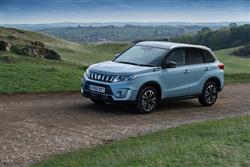 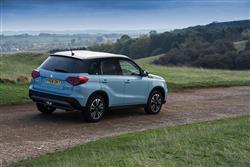