Toyota's RAV4 compact SUV soft roader has been around so long it's easy to forget quite how far it's come. In 2016, an improved version of the fourth generation model went on sale and was smarter and better finished, plus it featured more competitive diesel power and crucially, the option of a hybrid engine for the first time. Does it make sense as a used buy? Let's see.

Think of a small, sporty and relatively affordable soft roading SUV and you're probably thinking of this one, Toyota's RAV4. Since the company's 'Recreational Activity Vehicle' was first launched in 1994, it's redefined its market sector, spawning a whole host of imitators. By 2016 though, the RAV4 itself has needed redefining, hence the far-reaching changes made to the much improved fourth generation version we're going to look at here. The 4th generation RAV4 first went on sale in 2013 but by 2016, the imminent arrival of Toyota's slightly smaller CH-R SUV allowed it to be moved a little more up-market with a smarter look, a re-designed interior, extra safety, more up-to-date infotainment and, most importantly, the introduction of hybrid power to the model line-up for the very first time. This, we were told, is 'The SUV - Redefined'. It was certainly a Toyota SUV much better positioned to meet the needs of a very different world. It sold until the MK5 RAV4 arrived in early 2019.

A RAV4 must never be big and bulky. Buyers have always looked at one and thought 'yes I could drive that', 'yes, I could park it' and 'yes, that would look rather nice in the driveway'. All these observations, of course, apply to this restyled MK4 model, but with this design, there's a sense of individuality that arguably, the RAV4 hadn't had since the Nineties. The most notable changes took place up-front, where a smarter slender upper grille is flanked by re-styled headlights featuring LED technology on plusher versions. Inside, the instrument binnacle, the centre console and the gear lever surround were all revised with higher quality materials, all in an effort to try push this car up-market. The driver-centric section is framed by a silver-finished hoop that rises from the transmission tunnel and cuts through the dashboard beams to frame instrumentation delivered by two separate circular dials. The left hand one will be either a rev counter or - in the case of the petrol/electric version - a Hybrid system indicator: it all depends on the engine you've chosen up-front. Between these gauges, Toyota added in a 4.2-inch multi-information display to this improved model, this showing safety information, trip computer data, a compass and audio settings. Anything this screen can't tell you will probably be covered by the 7-inch centre dash infotainment monitor the fascia was re-designed to better accommodate. And in the rear? Well if your experience of RAV4 motoring is limited to older MK1, MK2 or MK3 versions of this car, make sure you take a seat here to experience the differences because they really are significant. The redesign that created the original version of this MK4 model in 2012 added an extra 100mm to the wheelbase of this car and pretty much all of it was used to benefit back seat occupants who get plenty of knee room and class-leading standards of space. Out back, you get 547-litres in a conventionally-engined petrol or diesel RAV4 - or 501-litres with the Hybrid variant.

The RAV4 has built an enviable reputation for reliability and this improved fourth generation car built on it. Very little came out of our ownership survey except alloy wheel corrosion, sunroof water leaks and - in a couple of cases, an oxygen sensor failure and on a D-4D diesel, a flywheel failure. Otherwise, not much goes wrong on-road. Make the normal inspection for signs of heavy off-road use. Since the car was never sold as an 'off-roader', you're unlikely to find that this is a problem. If the vehicle seems to have been used a lot in the mud, it's best to walk away as it isn't built to take that sort of treatment.

And on the move? Well major changes were made in 2016 to the RAV4 engine line-up. Diesel buyers now got one single choice - a BMW-engineered 2.0-litre 141bhp unit, solely available with manual transmission and 2WD. Even more significantly, there was also now the option of petrol/electric Hybrid power, a 195bhp set-up available with either 2WD or AWD. In both cases, a 2.5-litre petrol engine is mated with a 141bhp electric motor at the front, but if you go for the 'E-Four' 4WD version, then a second 68bhp motor is also added to additionally power the rear axle too. It was this Hybrid variant that half of all RAV4 buyers in this period chose - despite the fact that the brand hadn't mated this powerplant with the more advanced Plug-in technology that some rivals were using. Partly this was because of the impressive returns possible using conventional petrol electric propulsion. In the case of the 4WD hybrid model, you're looking at 55.4mpg on the combined cycle and 118g/km of CO2. Don't expect too much in terms of off road ability though: Toyota retained an AWD-only conventionally petrol-engined 2.0-litre V-matic model in the range for customers wanting a bit more of that. This variant came with 149bhp and standard auto transmission.

Though opinion may be divided as to whether the RAV4 invented the soft roading segment, few people doubt that, more than any other, this model defined it. In some ways, this improved post-2016 MK4 model continued to do just that, summing up a lot of what a vehicle of this kind should be all about. Smart, reasonably spacious, affordable to run and with just enough SUV-ness about it to get you to the places you tend to dream about but will probably never go. This improved fourth generation design brought notable changes, most significantly, the addition of hybrid power - the engine that, going forward, Toyota hoped would be most popular in this car. Perhaps then this is, as Toyota assures us, 'a better way' of owning a model of this kind - you decide. One thing's for certain: for many, this car's buying proposition still makes family-friendly, real world sense. 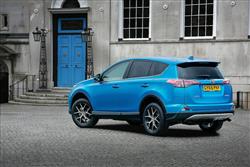 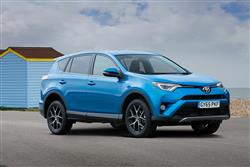 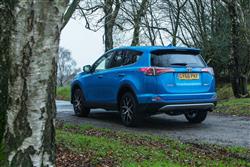 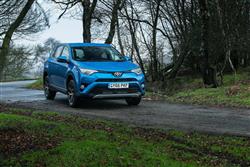 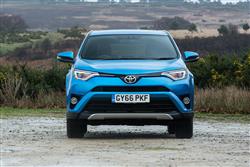 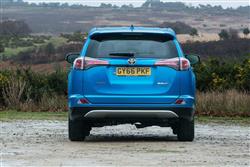