If you were looking for a used supermini that would give you the least sleepless nights, it's a fair bet that most of you would plump for a Toyota Yaris. With good reason too; the Yaris finishes amongst the very top contenders in any reliability survey you care to examine. Whether it be Driver Power, TuV, Which? or JD Power, it's there or thereabouts. Here we take a look at the early MK3 models built between 2011 and 2014 and point out what to look for when shopping for a used version.

It's easy to overlook quite how long Toyota's Yaris has been with us. The first generation car appeared in 1999, replacing the wholly underwhelming Starlet model. Compared to its predecessor, the Yaris was a quantum leap forward but it was still a modest achiever, offering reliability and low running costs but doing little to tweak the heart strings. The second generation Yaris arrived in 2005 and it was bigger and better built. That model received a good refresh in 2009 with a more efficient 1.3-litre petrol engine, a revised diesel unit, improved transmissions and the addition of Stop & Start to further boost efficiency. Fast forward to 2011 and a third generation model appeared, offering sharper styling, greater efficiency, higher-tech features and more space. It was the time the Yaris really came of age, a little lightweight but undeniably good value. A Hybrid version arrived in mid-2012, a revised Trend trim level debuted early in 2013 and the whole range was thoroughly facelifted in mid-2014, as Toyota passed the two million mark for Yarises built in Europe.

The styling of the Yaris morphed from the old rounded and cuddly theme to a more chiselled and assertive look with this third generation car. In the words of chief designer Dezi Nagaya, the exterior has a "keen" appearance, witnessed particularly in the front end with its slim, horizontal headlights and prominent, deep lower air intake that anchors the car's wide stance, broadcasting a low centre of gravity. Shorter front and rear overhangs, a 50mm increase in the wheelbase and more prominent wheelarches gave the car a sportier look. The Yaris's cabin feels solidly screwed together. That said, apart from the smart multi-function steering wheel and Touch & Go multi-media system, the interior remained much as it had been in the previous generation version - which is to say unadventurous in its styling with the exception of some heavily grained dash top plastics. The controls are sensibly positioned and the dash features an eco gauge to help you drive more economically but with rival superminis offering some highly intelligent and charismatic interior designs, the Yaris falls a little short. It's a shame because the car does the hard work so effectively and may lose sales due to that last one per cent of interior tinsel that's often all that's needed to swing a buying decision.

The Yaris has proven a very reliable vehicle, as evidenced by its strong showing in customer satisfaction surveys. Common faults are noticeable by their absence but it's worth checking to see if the car has been back to Toyota on recall advice. The recalls for trim panel on the A-pillar, the accelerator pedal mechanism and the seat rail springs didn't apply to this generation Yaris, so there's no need to check to see if that work's been done. Otherwise it's just a cause of checking it hasn't been mauled by shopping trolleys, kids or kerbs. Insist on a fully stamped up service record.

Although this Yaris looked a good deal more aggressive, the driving characteristics were again geared - and rightfully so - towards ease of use and comfort. That means accommodating damping, accurate electric steering, pliant ride and well controlled body roll even on the 'sportier' SR model. All-round visibility is good too, something you especially appreciate in the kind of urban driving particularly suited to the Yaris Hybrid. With this Hybrid variant, you might be expecting an electrically assisted version of the 1.33-litre petrol engine that powers the usual higher range Yaris models. Think again. The Hybrid gets a 98bhp 1.5-litre four-cylinder powerplant mated to Toyota's Hybrid Synergy Drive. This system has been downsized for the Yaris, combining the internal combustion engine with a more compact electric motor, transaxle, inverter and battery pack. The result is a system that is 20 per cent lighter than that used in Auris Hybrid. An e-CVT gearbox takes care of cog-swapping which is a boon in city traffic, meaning drivers can rest their left legs. As with the Prius and the Auris hybrids, the Yaris can run on electrical power alone for short distances, helping to reduce noise in town centres. You will need to watch out for pedestrians who step into the road in front of the car. Otherwise it's the usual conventional 1.0-litre and 1.33-litre petrol engines to choose from. There was an 89bhp D-4D diesel offered, but no diesel hybrid model up Toyota's sleeve. The petrols are the models you'll usually find. If you're running chiefly in town, the 1.0-litre is fine, but the 1.33-litre is definitely a worthwhile upgrade if you're routinely taking longer journeys, if only for its extra refinement.

This early MK3 Toyota Yaris makes a brilliant used buy. As good as the Hybrid and diesel variants are, they cost so much more than the petrol-engined models that you'd have to wonder if you'd ever see a solid return on investment, especially with the modest city mileages these cars typically cover. Our pick would be the characterful 1.0-litre petrol version. It's a solid little engine and you're never going to lose your shirt on one of these. 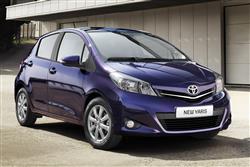 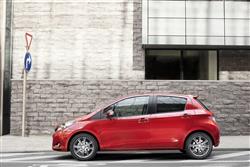 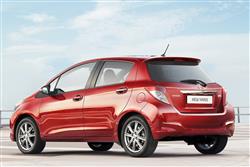 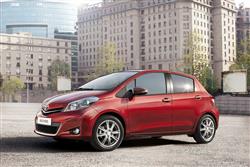 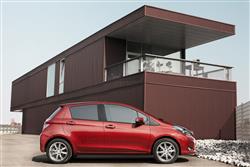 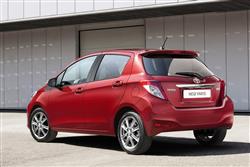