The first Toyota Yaris established itself as the finest supermini of its generation. Winner of the 2000 European Car of the Year award, it brought sophistication to a small car sector which had previously excelled only in being built down to a price. Other manufacturers quickly cottoned onto Toyota's formula and ruthlessly improved quality. Toyota's response was the second generation Yaris that was bigger and better than ever before. Given that these qualities also applied to the rest of the market, its lead was no longer so clear cut. Used examples are proving popular with customers realising that when you're buying Toyota, you're still buying peace of mind.

Pity the workload of a Toyota designer. You pen what turns out to be a massive selling multi-award winning car that receives plaudits the world over and no sooner have you finished that job, than you are expected to do the same again. But better. With more space. Oh, and could you make it more economical and cleaner as well please? It's the equivalent of Manchester United winning the treble and then the board demanding that the following year they repeat the task but get their shambolic act together in the League Cup. The second generation Yaris landed in dealerships in December 2005 and had to contend with a bunch of rivals that weren't around when the first generation car was launched in 1999. The intervening years had seen the Honda Jazz, the Ford Fiesta, the Nissan Micra, the Mazda2 and the Citroen C3 all attempt to muscle the Yaris aside and Toyota had equipped the Yaris with the weapons to meet and beat these cars. Zinc and Ion special editions, then SR sporty versions were also added to the range but the most significant car in this Yaris' development has, in many ways, been the tiny Aygo city car that was installed beneath it in the Toyota hierarchy. With a product as strong as this, and the much improved Auris above it, the Yaris didn't need to try too hard. Toyota has all the small car bases covered. The Yaris received a mild facelift early in 2009 which brought a neater integration of the bonnet and bumper. The T3 trim level was dropped giving buyers the choice of T2, TR, SR or T Spirit. The major news was the arrival of the 1.33-litre engine with Stop & Start technology and the wider Yaris range also took a more committed approach to lowing economy and emissions with a series of weight saving, efficiency and aerodynamic tweaks made under Toyota's Optimal Drive banner. The SR level was dropped a few months later.

First impressions were that Toyota had taken the old Yaris and plugged it into a garage forecourt airline. This one is bigger in every dimension and markedly more bulbous. It's also way better in terms of perceived quality. The double-sealed doors feel thicker and weightier and shut with a thunk rather than a clang. The rather unconventional fascia looks removed from the supermini norm, with a 3D effect on the main display. More conservative buyers may find it a bit Buck Rogers but it's certainly distinctive. There's only so much money that can be thrown at a car where margins are this tight and there are plenty of unlined cubbies and hard plastics on display. The seats seem rather insubstantial too, Toyota realising that big seats are the enemy of packaging in a small car. They've tried to create a lightweight but comfortable place to park yourself. Lightweight buyers will probably find them OK, but tip the scales at sixteen stone and you'll probably grumble after an hour or so. Despite its 11cm growth in overall length, the Yaris is still shorter than many of its key supermini rivals such as the Fiat Grande Punto and the Renault Clio. Part of the reason why these cars are so large is compliance with pedestrian impact legislation which required the adding of a few centimetres to the nose of many models. The Yaris gets round this one by arcing the bonnet high over the unyielding mechanicals to provide a deformable surface. This means that despite being shorter on the outside, the Yaris is competitive in terms of interior space and easy to park at the same time. Fold the EasyFlat rear seats down and you're treated to a huge stowage area for a supermini. This system allows the rear bench to be split 60:40 and both sections to slide independently. Therefore, it's possible to transport long, bulky items without impinging on a rear passenger's legroom allowance.

The Yaris has yet to throw up and significant faults, and being a Toyota, it's likely to remain a long time until they present themselves. Insist on a fully stamped up service record.

Three petrol engines are available - a 1.0-litre three-cylinder unit, a more conventional 1.3-litre four-cylinder powerplant and the 131bhp 1.8-litre range topper. Diesel buyers are catered for with a 1.4-litre turbodiesel. In case you were wondering, the 1.0-litre unit was all-new in this Yaris but the others were carried over from the previous generation car. That's no bad thing, as the Yaris always had some of the best engines in its class. For the time being, let's concentrate on that three-pot 1.0-litre lump. Built in Japan, this engine will appeal to buyers who are attracted by the city credentials of the Yaris. With keen fuel economy, low inertia and low emissions, it's a better choice than the diesel for the urban sprawl and crawl. Marry that to Toyota's claim that the Yaris has the tightest turning circle amongst its supermini contemporaries and you have a very agile and wieldy city scoot. The 89bhp diesel model is probably the pick of the bunch, on the used market at least. The sprint from 0 to 62mph is achieved in 10.7 seconds going on to a top speed of 109mph. You won't be spending too much time at the pumps either as, despite its increase in size, this Yaris returns a very healthy 62.8 mpg in the combined cycle. The Yaris 1.4-litre D-4D also has exemplary green credentials, emitting only 119g/km of CO2. A five-speed manual gearbox comes as standard but diesel buyers can also specify Toyota's MultiMode transmission featuring automatic or sequential gear selection.

Although it no longer wields the same crushing superiority over its rivals as its predecessor, the second generation Yaris is still there or thereabouts when it comes to shortlisting the best supermini around. Keen drivers will choose a Fiesta or Corsa and those looking for cutesy styling may plump for the Nissan Micra but as an all-round proposition, the Yaris still takes some beating. With reliability being a key criterion when it comes to choosing a used car, it's hard to look beyond the Yaris. I certainly wouldn't. 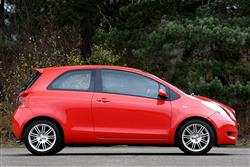 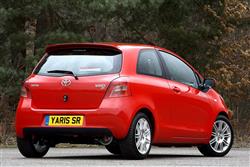 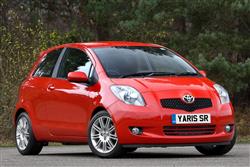 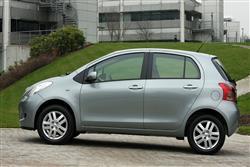 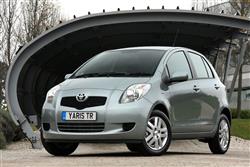 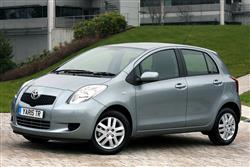