Out on the road, you can't help but notice the fifth generation version of Vauxhall's little Corsa supermini. In the throngs of city traffic, there is very little else that can cut its way as deftly through the queues and still leave you unruffled at the other end. The first time I met this car, it seemed to beg me to drive it and I did, with great enjoyment. This MK5 model promised to be something special from my first glimpse of it in the car park. First impressions are of a rounded, friendly look with a broader front grille than Corsas of old. The overall proportioning isn't that much of a departure. An exterior highlight that Vauxhall is particularly proud of it's the fact that this is the first car in the class to feature adaptive glare-free full-LED headlights - the brand's 'IntelliLux LED Matrix' package, the kind of thing previously restricted to much larger cars.

This fifth generation model is slightly larger than its predecessor, with its bigger body and longer wheelbase delivering more interior and boot space from this five-door-only model. The smarter body panels are still fashioned from the usual range of high-strength steels, but it's all been stitched together in a more weight-conscious manner, saving 40kg over the outgoing Corsa. Inside, all Corsas have identical cabins, which centre around a new touchscreen infotainment system on the dash. Two set-ups are available to buyers: a seven-inch Multimedia Navi system or top-spec 10-inch Multimedia Navi Pro. There's room for two adults in the back but I struggled to fit two child seats in, plus a booster in the middle. Legroom was good but the payback for this was the smallish boot space. Still, take out the parcel shelf and you could still fit in some luggage if you needed to. The quality of materials used is leagues ahead of older Corsas and like the Astra, there's the bulletproof feeling of build quality that's as good as anything in the sector.

You should feel at home at the wheel of this car and the engines on offer are a willing bunch. There are two petrol units and a single diesel to choose from. Ideally, you'd want to avoid the base 75PS 1.2-litre petrol unit, which can only be had with 5-speed manual transmission. And go instead for the more modern three cylinder, direct injection turbocharged 100PS 1.2-litre petrol powerplant your dealer will prefer to point you towards. The minority-interest Corsa engine option is a 1.5-litre 100PS diesel which will be a rare sight, but might make sense if you habitually undertake longer distances in your supermini. All the engines on offer are helped in their task by a significant weight reduction this time round - Vauxhall says it can be as much as 10%, which is quite a lot in supermini terms. Base-spec variants can now weigh as little as 980kgs. As for the all-electric Corsa-e version, well just one variant of that will be available featuring a 50kWh battery mated to a 100kW electric motor, this confection developing a healthy 134hp.

Prices have risen a bit, starting at around £15,500, but you could pay as much as around £25,000 for the full-electric version. There are four core trim level options for the Corsa this time round - 'SE', 'SRi', 'Elite Nav' and 'Ultimate'. Go for the 'SE' or 'SRi' variants and there are interim 'Nav' and 'Premium' options. You can have the 'Elite Nav' model in an upgraded 'Elite Nav Premium' state of spec too. It's all quite complex. Simpler to comprehend is the need to pay a premium for auto transmission - an extra £1,730 on petrol models only. Even the most basic 'SE' derivatives are quite well equipped, fitted with 16-inch double spoke alloy wheels, a 7-inch touch-screen radio, a leather flat bottom steering wheel and LED Headlights with LED daytime running lights.

For day-to-day driving, this fifth generation Corsa is stronger than ever before. Overall, if you're seeking something fun, frugal and cheap to run, I can think of few better small cars. 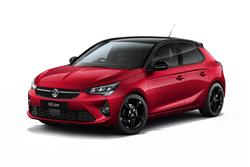 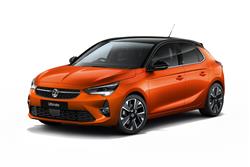 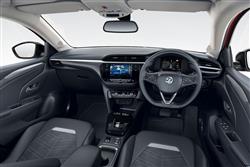