Sold between 2016 and 2019, the Mokka X was the most popular of Vauxhall's range of SUV Crossover models in this period. The 'X' was an updated version of the original Mokka model, first launched in 2012, and was smarter and much better connected than the original. Though the driving experience on offer remained unremarkable, there was plenty of equipment, an affordable 4x4 option and a smartly-trimmed cabin to charm prospective buyers. So does it make sense as a used buy?

In its early form, launched in 2012, the Vauxhall Mokka had to represent its brand virtually single-handedly in the quickly growing Crossover segment, which perhaps explained why it was so popular. Between 2012 and 2016, if you wandered into a Vauxhall showroom and wanted a small Juke-sized Crossover or a slightly larger Qashqai-class model, the dealership had very little else that would have interested you. Things had changed in that regard by 2016 though and in its rejuvenated Mokka X guise, this car was designed to fit in between two more modern PSA Group-derived Vauxhall SUV models, the smaller Crossland X and the larger Grandland X. This 'X' version was launched in the Autumn of 2016 and featured smarter looks, an upgraded interior and Vauxhall's clever 'OnStar' personal connectivity and service assistant set-up. Buyers also got a much improved Intellilink infotainment media connectivity system and a fresh 1.4-litre petrol engine option. The Mokka X sold in this form until the end of 2019.

So, does this Mokka have that extra 'X-Factor'? It's certainly a less apologetic-looking thing than the original, the more aggressive front end giving this revised design a sense of sprit and purpose that the earlier model lacked. In short, British designer Mark Adams and his team breathed fresh life into this little Crossover. Inside, the centrepiece of the restyled dash is a beautifully-integrated Intellilink infotainment screen which incorporates the usual DAB stereo, Bluetooth 'phone and informational functions. Get a car whose original owner included the optional satellite navigation system and the screen size increases from 7 to 8-inches and you'll be better set up to use this car's other key technical innovation, the OnStar 'personal connectivity and service assistant'. This includes a vehicle tracking system in case of theft, creates in your Mokka X an in-car wi-fi hotspot and will allow you to monitor key vehicle information via a downloadable 'MyVauxhall' smartphone app. And in the rear? Well inevitably, getting three people back here would be a bit of a squash, but a trio of smaller kids should be able to fit in without starting World War Three between them. Lift the tailgate and you'll find that there's no high boot lip preventing you from easily accessing the 356-litres of provided carriage space.

Most Mokka X owners we came across were very happy with their cars. Inevitably though, there were those who had complaints, so we'll relate these to you here to ensure that you know what to look for when buying used. A number of owners experienced a hesitation problem when pulling away in first gear, so look out for that. One owner had a problem with the gearbox, another found his engine cut out when going downhill; check out all of these things on the test drive. Otherwise, the faults were limited to fiddly little things. On one car, the sat nav screen occasionally went blank. On another, the central locking failed and the rear electric window switch refused to work. One owner found the chrome trim around the gearlever flaking off. There was also an occasional complaint of corrosion on the alloy wheels. And one owner was getting an error message on the instrument display - 'Service AFL' - even though there was nothing wrong with the adaptive lighting system being referred to. Otherwise, it's the usual things; check the wheels for scuffs, the interior for signs of child damage and insist on a dealer history.

Plenty of changes were made in the creation of this rejuvenated Mokka X model, but few of them had much to do with engineering or driving dynamics. That probably won't bother many prospective customers, people likely to be enthusiasts for life rather than for cars. That'll be part of the reason they're considering a Crossover like this in the first place, rather than a conventional supermini or family hatch. They'll like the high-set seating position, the trendy Sloane Street styling and the optional possibility of off road shenanigans. All these things remained present and correct in this Mokka X. Like the original Mokka, it isn't an especially rewarding car to drive - the extra weight and the higher stance of the Crossover genre count against it here - but then if you come to almost any car in this class expecting fun at the wheel, the truth is that you're probably going to be disappointed. At least in this one, the steering is light, quick and accurate and there's the kind of affordable AWD option that most rivals don't offer. Engine-wise, customers who've wisely avoided the entry-level 1.6-litre petrol unit get two main powerplant options. For petrol people, a 1.4-litre turbo unit offers 140PS - or 152PS if you order it with AWD and auto transmission. We'd recommend the 1.6-litre CDTi diesel, offered with either 110PS or 136PS. Go for this pokier unit in 'ecoFLEX' form and you can expect 68.9mpg on the combined cycle and 106g/km of CO2 (both NEDC figures).

And in summary? Well overall, we think that Vauxhall did just about enough with this mid-term Mokka update. The looks were smarter, the cabin classier and the infotainment features were much improved. Plus, unlike most of its segment rivals, this model offered 4WD as an affordable option. This is, in short, a car with an appeal that builds as your interest in it grows. Buy carefully and you might feel rather pleased with it. 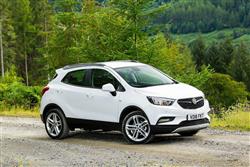 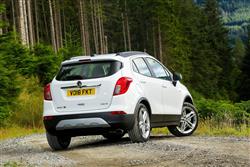 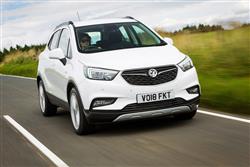 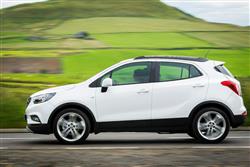 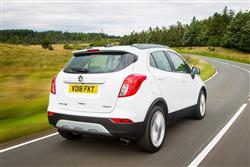 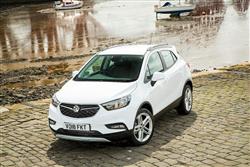