Families demand more from People Carriers these days. Much more. So in 2016, Vauxhall's improved Zafira Tourer offered it, being smarter and much better connected. As before, buyers got taut handling and clever seven-seat versatility from a shape not too big and not too small. On paper at least, it was everything a modern MPV from its era ought to be. But does it make sense as a used buy? Let's find out.

In the 21st century's second decade, one car dominated the volume part of the segment for seven-seat MPVs and it was this one, Vauxhall's Zafira Tourer. Originally launched in 2012, this model was always sensibly priced and practically configured but in its earliest form, really needed a more modern driving environment with updated media connectivity. This revised version, launched in 2016, aimed to deliver exactly that. It competed in the sector that buyers most commonly turn to in this country when they're looking for seven-seat family transport - that for mid-sized People Carriers. You can see why this segment is so popular. Most people don't want a really large Galaxy-sized MPV because they only use the third seating row occasionally. Nor are they very much attracted by the idea of seven seats in some sort of converted van. And an SUV with seven seats inside is pricier to run and to buy, plus it's likely to feature practical compromises. It all means that if you're looking for family transport with three rows of seats inside, then this is the kind of car you'll probably have your eye on if you're looking for a mid-sized MPV from this era. This Vauxhall was one of the five major players in this segment in the 2016 to 2018 period, the others being Renault's Grand Scenic, Citroen Grand C4 Picasso, Ford's Grand C-MAX and Volkswagen's Touran. By 2016, all of these rivals had been either completely re-designed or substantially revised since the Zafira Tourer was first launched, hence the need for this improved version. If you know the earlier version of this model, you'll note the smarter looks. If you don't, your seller is going to want to show you the uniquely clever interior storage and seating options it can offer. Either way, they'll want to tell you about what for us would be a major selling point, Vauxhall's clever 'OnStar' personal connectivity and service assistant set-up. This car was quietly discontinued in late 2018, after Vauxhall's takeover by the French PSA Group.

People Carriers must be spacious, but that doesn't mean they have to look boxy. Here's a case in point. The Zafira Tourer has always been one of the better looking MPVs in its segment and in this revised guise, it still was. British stylist Mark Adams and his team wanted to bring some of the style of the seventh generation Astra to this improved model, hence the changes made to the sleeker front end. This is one of the biggest mid-sized 7-seat MPVs you can buy from this era, something that really benefits luggage space. Inevitably, there's not that much of it with all seven seats in place - just 152-litres - but if you fold down the third row, the figure rises to 710-litres. Go further and fold down the second row and up to 1,860-litres of space is revealed. Inside, the centrepiece of the restyled dash is a beautifully-integrated 7-inch Intellilink infotainment screen which incorporates the usual DAB stereo, Bluetooth 'phone and informational functions. Get a car whose original owner opted for the optional satellite navigation system and you'll be better set up to use this car's other key technical innovation, the OnStar 'personal connectivity and service assistant'. This includes a vehicle tracking system in case of theft, creates in your Zafira Tourer an in-car wi-fi hotspot and will allow you to monitor key vehicle information via a downloadable 'MyVauxhall' smartphone app. 'OnStar' will also automatically alert the emergency services if the airbags deploy. And if you press the system's blue button on the roof, you'll be connected through to an operator who can find just about any information you might need throughout your journey. If Navigation has been specified, the 'OnStar' representative will download any directions needed directly into the Intellilink sat nav. Enough with the front seat experience: what's it like in the second row? You get three individual comfortable and flexible seats that can separately slide by around 100mm backwards or forwards and recline for greater comfort into three different positions of 16, 20 or 24-degrees. Go for a plusher Zafira Tourer with so-called 'Lounge Seating' and you'll find that they can do even more, should your need be restricted to the carriage of two rearward occupants seeking greater 'Club Class' comfort.

Most of the Zafira Tourer owners from the 2016 to 2018 period that we came across seemed to be pretty happy with their cars on the evidence of our survey. However, inevitably, there were issues. One owner experienced a brake binding noise from the rear wheel when reversing. Another had a failure of the electronic handbrake. In ne instance, there was a gearbox that wouldn't select reverse. And anther owner had a particulate filter that malfunctioned, destroying the catalytic converter. We can across reports of squeaks from the clutch pedal and gearknob, plus rattles from the door trims and from behind the dashbard; look out for all these things on your testdrive. One owner claimed that on uneven roads, his rear boot door was banging about. Another reported a rattle from the dash at low revs. And anther had to replace the control module for the seat heating system. Otherwise, just check the usual things in MPVs; alloy wheels scratches and interior damage caused by unruly children.

You won't be expecting a seven-seat family MPV to feel very sporty to drive - in which case, you might be quite pleasantly surprised by this Zafira Tourer. It turns into corners with remarkably little body roll, much like a well-sorted estate car rather than any kind of People Carrier. As a result, find yourself running late and, if you're not careful, you'll end up driving in a fashion that'll be most unwelcome to your occupants should you be travelling seven-up. The flip side of this is ride quality that may be a little on the form side for some. Still, if budget permits, you can improve this by specifying the optional 'FlexRide' adaptive damping system Under the bonnet, two older engines were carried over from this model's original launch, albeit with minor changes. Namely, the 140PS 1.4-litre petrol unit and the 170PS 2.0-litre CDTi diesel that many buyers choose. Our recommendation though, would be to go for the third option, a 134PS 1.6-litre CDTi diesel that's quite adequately quick and notably more economic, this powerplant capable of up to 62.8mpg on the combined cycle and 119g/km of CO2.

So, how to sum up? Well provided you're not troubled by considerations of badge equity and you can balance the efficiency returns against an affordable up-front asking price, there's remarkably little not to like about this car. Some might find the ride to be a little on the firm side. Others might want a little more in terms of standard electronic safety cleverness. Overall though, this smarter, cleverer post-2016 Zafira Tourer is a very complete mid-sized MPV package. If you're shopping in this segment, it needs to be on your shortlist. 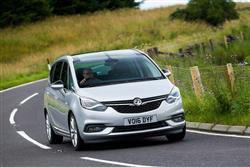 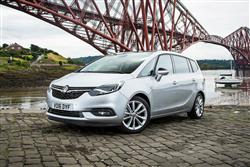 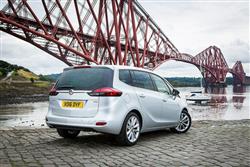 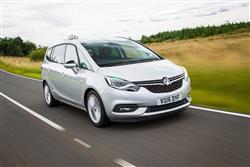 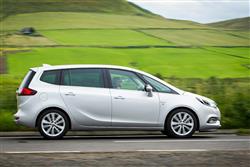