Volkswagen's sixth generation Jetta was improved in 2014 to make it smarter and cleverer, offering customers a different alternative to the Golf hatch. With this saloon, you get a huge boot and rear passenger space almost able to rival the larger, pricier Passat. Does it make sense as a used buy?

Volkswagen's Jetta. It's a Golf with a boot isn't it? Well yes and no. In more recent years, the Wolfsburg brand has sought to give this car more of its own identity, a trend that continued with the updated version of the sixth generation model that the brand announced in 2014. The Jetta has always sold to people who couldn't quite stretch to either Volkswagen's larger Passat saloon or a BMW 3 Series or Audi A4-sized compact executive sedan. And it has always been a relatively rare sight on our roads: most buyers here in search of a car of this size would rather have the hatchback versatility of a Golf. American and Mediterranean customers see things differently though and these markets have combined to make this one of the world's most popular saloon models, with over 14 million units sold since the very first Jetta was launched back in 1979. The US in particular has been a happy hunting ground for Volkswagen, this car having long been the brand's most popular Stateside model. American buyers still snap up over 110,000 Jettas every year, with college kids attracted by endorsement from singers like Katy Perry and cheap pricing made possible by the close proximity of this car's Mexican assembly plant. In order to sell the same design for nearly twice as much money in Europe, Volkswagen plushed up those cars heading across the Atlantic and added in the Golf's more sophisticated multi-link rear suspension, plus electric power steering, a better quality cabin and subtle styling changes. This would have been a clever and very profitable strategy if it had worked, but sales of the early version of this sixth generation model were slow from its original launch here in 2011. Hence the need for the significantly revised version we're going to look at here, launched in 2014 with smarter looks, an upgraded cabin, extra safety features and revised engine range. Volkswagen hoped all of this would be enough to get this Jetta's core values noticed: its refinement, its long distance comfort and the fact that nothing in the class can offer anything like as much luggage space. It wasn't and the car was quietly withdrawn from sale at the end of 2017.

Most Jetta owners from this era that we surveyed were very happy with their cars, but inevitably, there have been those who have had problems you'll want to look out for. There were a few reports of clutch failure and in one case, an owner found the engine stalling and shutting off while driving. The Mexican-built interior wasn't constructed or finished to the standard of the equivalent German-built Golf hatch, so watch out for rattles and poorly fitted pieces of trim. On diesel models, the DPF (Diesel particulate Filter) light can sometime illuminate - which means that the DPF is probably blocked. The DPF can get blocked up if the car has only been regularly used for driving short distance around town - this kind of use often won't generate enough heat to remove the particulates. Take the car out onto the open road (Motorway/A-road) and drive at between 2000-2500rpm for at least 15 minutes to burn off the particulates, which clears the DPF. Once you clear these, the DPF the warning light should go off.

Your sales person will probably pitch this car to you as being one offering the best bits of both a smaller Golf and a larger Passat in one well-priced package. The pricing bit we'll come on to later, but as far as the rest of that proposition goes, it's not actually too far from the mark. At the wheel, you're stationed in a driving position that offers the clarity and ease of use of a Golf and much of the comfort of a Passat, with both of these attributes also carried forward into the roadgoing experience on offer. So, while you'll not be thrilled by the way this car responds to your every move, you may at the same time be quietly impressed by the ease with which it can smoothly but quickly be threaded down a twisty road, thanks to excellent grip and nicely weighted steering. The ride's certainly fit for purpose: one of the key things that differentiates European-spec Jettas from US-market ones is that for our market, a more compliant multi-link rear suspension was fitted. Refinement's good too. Cruise at 50mph in a 2.0 TDI diesel model for example, and you'll find that the noise levels are actually only a couple of decibels louder than they would be in something like a Bentley Continental. This 150PS unit many original buyers chose is as willing and flexible as Volkswagen TDI engines always are: forget the 8.9s 0-62mph time - what's important is the prodigious 340Nm of torque that's always ready to help you blast past slow-moving traffic. You'll miss this if you opt for the feebler diesel model, which gets a de-tuned version of the same 2.0 TDI diesel developing 110PS and offering just 250Nm of torque. Buyers get a choice between two green pump-fuelled models and both are propelled by the brand's familiar 1.4-litre TSI unit, developing either 125 or 150PS.

With this revised post-2014 version of the MK6 Jetta model, Volkswagen kept all the practical elements people always liked about this compact saloon, while effectively addressing the aspects that weren't quite so good - things like the downmarket cabin and the lack of the kind of high tech options buyers now expect at this level. The result was a much more competitive product. And for the right kind of buyer, perhaps even quite a tempting one. After all, for much the same as you'd pay for a used Golf from this era, you get a car that's eight-tenths of what you'd get in the pricier Passat - so great rear seat room, a huge boot and a classy ride are all provided, as are a range of efficient engines. Viewed in this light, you can see why the Americans like it so much. Find a well looked after Jetta from this period and you might too. 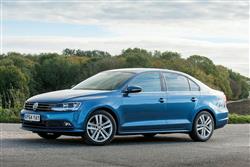 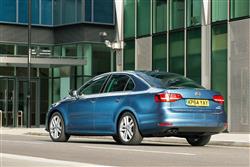 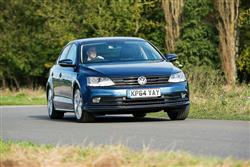 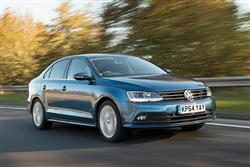 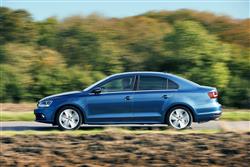 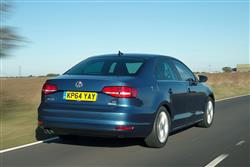