Cleverer, cleaner and classier, this improved fifth generation Typ 6R' Volkswagen Polo supermini remains a quality used car choice. This revised model introduced in 2014 may look little different from the original MK5 design we first saw in 2009 but it featured important changes beneath the bonnet - and on the equipment list. Some fresh engines and a bit of extra hi-tech in the Golf-style cabin both aimed to please loyal buyers, while keeping this car class-competitive against more recent rivals. As a result, this model remained very viable as a carefully conservative choice in its class and will appeal on the used car market where it's low key, but likeable.

Supermini fashions can come and go but one model seems to remain impervious to fickle fancy. A Volkswagen Polo is somehow above all of that. And if you buy one, you'll probably think yourself to be so too. We're looking here at a significantly revised version of the MK5 model that was first introduced in 2009, then upgraded the Spring of 2014 with the improvements we're going to be discussing. And you might need our help here because you won't appreciate many of the updates from a casual glance. In fact, there's not a single sheet metal difference over the original model, all part of that subtlety we mentioned earlier. Don't be misled though. Instead of pointlessly wasting money on widespread changes to the front end as most manufacturers would with a mid-term update, Volkswagen instead blew its 2014 model year facelift budget on things of more importance, with a thorough engine update, extra high technology and reassuring safety. Plus buyers got a cabin properly reminiscent of the only slightly larger seventh generation Golf. Could they have done more? Of course. Any brand capable of democratising new technology as it dd in this era in futuristic models like e-Up!, the hybrid Golf GTE and the extreme XL1 could certainly have brought us a Polo that would have raised a few more eyebrows. But then part of the appeal of this car lies precisely in the fact that it doesn't do that. It doesn't draw attention to itself in any way other than to subtly suggest a conservative cleverness on the part of its owner. This car sold until late 2017 when it was replaced by an all-new sixth generation Polo.

Aesthetic updates made to this improved post-2014 fifth generation Polo model are limited to tweaks like the extra chrome trim connecting the front foglights which attempts to make the car look wider - though in fact it isn't. It is a couple of mm longer than the original MK5 model was though, thanks to revised bumpers, below which at the front there's a larger lower air intake. We should also talk about lights, which on plusher versions of the improved fifth generation design could be LED-lit, at the time a rare feature in this class. At the rear, the changes made were equally subtle, whether original buyers opted for three or five doors. Changes to the rear reflectors saw them embedded into the bumper, another attempt to offer up an impression of extra width. And nice touches like the LED number plate lighting added a bit more class. It all meant that as before, the Polo felt smarter and more mature than the average supermini, though from a casual glance, you might struggle to define exactly why that is. When all's said and done, a lot of the aesthetic tricks were really targeted at making this car feel as much like its larger Golf stablemate as possible - and if you didn't know that already, then you'll certainly be made more aware of the fact once inside. Dominating the dash is the same modular infotainment touchscreen you'd find on a Golf from this era, 5.0 or 6.5-inches in size, depending on the spec you've chosen. It's one of those that reacts to the kind of swiping movements with your fingers that you'd use on a smart 'phone and many models were specified with a clever MirrorLink feature that allows you to display and control certain approved Android apps on a screen you'll also use to control Bluetooth connectivity and the decent six-speaker stereo that even budget versions get. Otherwise, the look, feel and functionality of the controls, the clearly designated instruments and the neat switchgear should all be pretty familiar to Polo people familiar with the original version of this MK5 model, even though Volkswagen insisted back in 2014 that all of it had been re-designed. As ever, it's easy to find a perfect driving position thanks to a height-adjustable seat and a reach as well as a height-adjustable steering wheel. And, as expected, there remains a reassuring solidity to everything you touch - and plenty of soft touch plastic to remind you just how far small cars have come in recent years, though unfortunately, this doesn't extend into the doors. Gloss black highlights added in around the dash try to lift the Bulgarian thrift store experience previously provided by baseline models, while slightly plusher versions get a few welcome splashes of chrome. And in the back? This revised post-2014 Polo model featured a small 9mm drop in roof height, but this doesn't really compromise things here. As with all superminis, the provision of three seatbelts is a little ambitious if you're talking about carrying adults. And ultimate comfort will depend upon the legroom you can persuade your front seat fellow passengers to free up. Having said that, there's significantly more space back here than you'd get in, say, a Ford Fiesta - which isn't surprising when you consider that this MK5 Polo is as big as a supposedly much larger Golf-sized family hatchback was back in the '90s. As a result, two adults should be quite happy on short-to-medium-length trips and a trio of kids will be fine. And out back? Well, the 280-litre boot might be fractionally smaller than the trunk you'd get in rival Fiesta, Peugeot 208 or Renault Clio models but we prefer it because the figure quoted doesn't force you to put up with one of those nasty little puncture repair kits: good luck with one of those of you ever get stranded on a dark, wet and rainy hard shoulder. Here, you get a proper full-sized spare wheel, a very rare feature in this class. There's a false floor concealing a small area for hiding valuables and even base variants get a split-folding rear seat that folds to reveal a 952-litre total capacity. That's one of the smaller spaces in this class but it should be more than sufficient for most owners.

Most Polo MK5 owners we surveyed were very happy with their cars, but inevitably, there have been those who have had problems you'll want to look out for. One buyer reported clunky gear changes with his DSG auto model. Another found he was having to have several goes at getting the vehicle to start. We came across some reported issues with the manual gear change and the brakes, plus also the headlamps and wipers, so check those on your test drive. Keep a look out for cars that have been flogged by corporate users and ensure that servicing has been attended to diligently. Check the car's specification carefully, as some of the more desirable features, like air conditioning, weren't standard on lower spec cars. Check the servicing has been done on the button, especially for BlueMotion and GTI models. The GTI's wheels are hugely prone to kerbing damage, so if you see scuffs, factor those into the negotiation. And check the interior at the back for signs of unruly children. Otherwise, there's not a lot to look out for.

Overall, it's true that there are certainly trendier choices you could make in this segment. And cars that offer up a more dynamic drive. But if you're a typical Polo person, we reckon you might quickly tire of their charms. At the end of the day, there's much to be said for an extra touch of quality and class. Seek those as your priorities and you'll find the improved MK5 version of this little supermini more than happy to oblige. 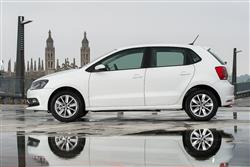 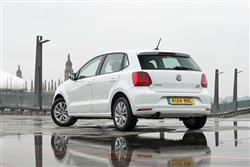 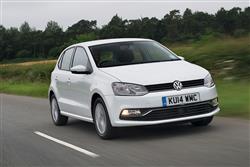 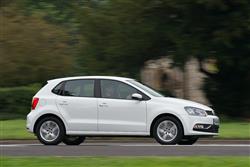 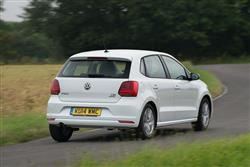 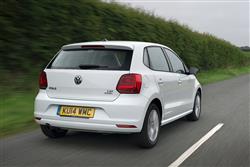