Available at Volkswagen branches
Only £26,798
£428 Deposit
£428 Per month
Finance your car with PCP
Enquire now

The T-Roc, launched in 2017, turned out to be one of Volkswagen's most important models for years, representing the brand in the affordable style-conscious end of the fast-growing mid-sized SUV segment. Almost everything you can't see on this car comes from a Golf hatch, which is no bad thing. As for the stuff you'll admire in the driveway, well it all looks satisfyingly fashionable. Here, we look at the early 2017-2021-era pre-facelift versions of this model.

For years, Volkswagen's primary offering when it came to models in the compact SUV market was its Tiguan, but by the end of the 21st century's second decade, that crossover had been eased up-market, leaving a space into which the brand slotted not one but three new SUVs. Two were Polo-based (the little T-Cross and the only slightly larger Taigo): the other borrowed its underpinnings from the Golf hatch and is our focus here - the T-Roc. Back in 2017, it was the funkiest model of this kind we'd yet seen from the Wolfsburg maker. Like other Volkswagen Group models in this segment from Audi, Skoda and SEAT, it campaigned against family hatchback-based SUVs in the class originated by Nissan's Qashqai, then popularised by just about every volume maker you can think of. The T-Roc aimed to set itself apart with much trendier styling, plus apparently, this car was said to be designed to be 'fun' to drive, an attribute that back in 2017 most competitors were claiming but almost none of them actually delivered. As well as drive dynamics, lots of effort went into ensuring that the T-Roc had substance as well as style, this model claiming class-leading levels of media connectivity and safety, plus all the potential personalisation options that buyers in this class were demanding. The car was lightly facelifted in 2022 but here, we look at the earlier pre-facelift 2017-2021-era models.

The T-Roc's extrovert styling is certainly very different to that of Volkswagen's conservative Tiguan. It's smaller too, the compact 4.2-metre length not only 252mm shorter than its SUV stablemate but also 21mm shorter than a MK7 Volkswagen Golf. The Wolfsburg brand's Head of Design, Klaus Bischoff, and his team went for a wide and long stance allied to a relatively low roofline and a steeply raked C-pillar. Provided it's dressed up a bit, it certainly makes a statement. So, plenty of effort went into the exterior design. The cabin architecture isn't quite as adventurous, though in the mid-range 'Design' variant, attempts were made to lift things with coloured flashings, available either in either 'Energetic Orange', 'Tumeric Yellow' or 'Ravenna Blue'. A high-set glass-fronted 8-inch infotainment screen dominates the centre stack on all models, upgraded in many cases to the 'Discover Navigation' system that's fitted to plusher variants and was optional lower down the range. And in the back? Well, once inside, the differences between this model and its Tiguan showroom stablemate are readily apparent: as you'd expect, the shorter body length makes quite a difference to legroom here. Nor is there the sliding seat base that you'd get in a Tiguan to improve things in this regard. You might expect headroom to be a touch restricted too, given the coupe-like rear styling and the fact that rear passengers sit 46mm higher than those at the front. As it turns out, a couple of six-foot passengers can just about sit behind a couple of equally lanky front seat occupants with some degree of comfort. And the boot? Well there's an adjustable-height boot floor that you can lower if necessary for taller items. As for actual boot capacity, well that varies a little depending on the drive layout you've chosen, rated at 366-litres for a front-driven model or 324-litres in a 4MOTION-equipped 4WD variant.

Most T-Roc owners we surveyed were very happy with their cars, but inevitably, there have been those who have had problems you'll want to look out for. We came across a few issues with some T-Roc models 'kangaroo-ing' when pulling away in cold winter weather - which is something we've come across with other VW Group petrol engines. A fix for this was issued by Volkswagen, but we came across some owners that were still dissatisfied. See on the test drive if the car you're looking at is afflicted with this issue. We've also heard about the electric parking brake releasing itself unexpectedly when disengaging the clutch pedal. Volkswagen recognised this issue in 2020 and recalled affected models. Make sure the car you're looking at has had this attended to if it applies. We've heard about the bonded joint between the upper and lower section of the rear spoiler being faulty - again Volkswagen recognised this and any affected models should have been recalled and repaired. There was a very rare issue of the brake pedal in some T-Rocs not being properly welded, resulting in that pedal becoming detached. This will only happen when the brakes are applied quickly and with force. Again, Volkswagen should have fixed the problem on any models affected. We've also heard about a seatbelt fault for models built in 2021 regarding the retractor of the 3-point automatic seatbelt on the front right seat. Any affected models should have had repairs carried out. Check all the electrical functions and the multimedia system for software updates. Look for the usual issues like scratched alloys and child damage inside. It's unlikely that any T-Rocs will have been serious used off road but check the underside of 4MOTION variants just in case. And of course insist on a fully stamped-up service history.

On the more, the T-Roc's quite an enjoyable thing to punt around - at least by the modest standards set by its class. Volkswagen talks in terms of the car being 'an SUV from the inventor of the GTI', which might overly raise your hopes in this regard: in fact, it still isn't quite as agile as the conventional Golf hatch it's based upon. Nonetheless, the driving dynamics on offer here are definitely closer in demeanour to those of a family hatch rather than any kind of SUV. Plus you get easy urban manoeuvrability, a slick 6-speed manual gearbox and impressive refinement. You'll want to know about engines. Most buyers opt for petrol power, with primary interest focused on the base 115PS 1.0 TSI unit. This combines a ready turn of pace with impressive efficiency - 55.4mpg on the combined cycle and 117g/km of CO2. Stretch further up the petrol range to the 150PS 1.5-litre TSI EVO powerplant and you'll also be offered the option of a version combining a 7-speed DSG auto gearbox and 4MOTION 4WD. Go for the faster 2.0 TSI petrol models, which offer either 190PS or (in the case of the wilder T-Roc R) 300PS and you have to have DDSG auto and 4MOTION. There are a couple of diesel options too: an entry-level 115PS 1.6-litre TDI (replaced just before the facelift with a de-tuned 2.0 TDI unit also with 115PS); and a 150PS 2.0-litre TDI unit, the 150PS version available with optional DSG auto transmission and the 4MOTION system. That 4WD set-up also gets you more sophisticated multilink rear suspension.

The T-Roc filled a very small niche in Volkswagen's SUV range, but it was a car the brand needed to make to satisfy the mainstream part of the current fickle, fashion-led SUV market. For too long, the brand was represented in the Qashqai class only by the rather conservative and not especially affordable Tiguan. With this T-Roc, at last, the company's dealers had something really credible to offer buyers who once would have been satisfied with an ordinary Golf or Focus-style family hatch but by 2017 wanted something similarly sized but a bit more interesting. Is that what this is? After all, if you strip away the funky bodywork and the cabin personalisation, what you've got here is a slightly less efficient but slightly more expensive Golf. But then, you could say similar things of just about any other contender in this segment from this era. It's all about giving the market what it wants. And with the T-Roc, Volkswagen did just that. It's not quite the 'SUV GTI' that its maker told us it was, but it's a good deal better to drive than most of the alternatives you might be considering from this period. While at the same time delivering the kind of emotive looks that had never previously featured on a mainstream Volkswagen model. Striking, sporty and confident, the T-Toc is the kind of car the company should have offered us long before it did. 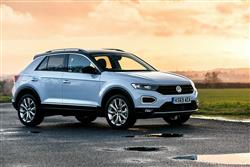 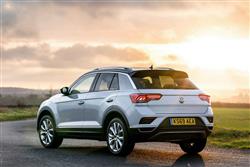 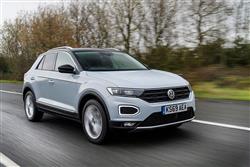 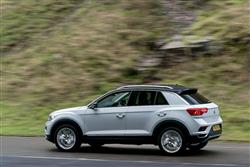 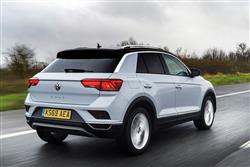 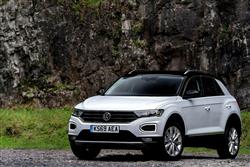