Does life really begin at sixty? If you're a potential Volvo owner, the answer may well be yes. The Swedish maker's second generation S60 saloon was, we were told at its launch back in 2010, the most dynamic Volvo ever, both to look at and to drive. By 2014 though, this design was in need of an update - and that's what it got. It's this MK2 revised model, which sold between 2014 and 2018, that we're going to look at as a potential used car buy.

This MK2 model S60's design was something of a departure for a brand that has built its reputation on substance and safety rather than style and sportiness. But then something pretty radical was needed to break the German stranglehold on the BMW 3 Series-dominated compact executive market where this car must compete. At its original launch in 2010, the signs were that this MK2 S60 was potentially capable of doing exactly that, but such promise was never going to be completely fulfilled with a reliance on other people's engine technology. So, for the fully improved version launched early in 2014, Volvo brought us some of its own in a D4 diesel variant offering a combination of performance and efficiency that no rivals at the time could match. There were smarter looks too and the promise was that all of this would be matched with a greater emphasis on driver involvement. As it was, we didn't get a car that was dynamically able to take on and beat tough rivals like the BMW 3 Series and the Audi A4 in the mid-sized premium executive saloon segment, but the S60 was more affordable than those two contenders, much safer, well equipped and still with considerable appeal. This improved MK2 design sold until it was replaced by an all-new MK3 S60 model in the Spring of 2019. Does it all add up to a decent used car buy if you're shopping in this segment? Let's see.

With this second generation S60 model, stylist Orjan Sterner and his team set out to create something as far away from the boxy Volvo stereotype as they could get and the result is rather handsome, with a coupe-like roofline and Aston Martin-style tail flourishes. Brand marketers even go as far as to call this a 'four-door coupe' - by which they mean the kind of really rakish design you'd get in a rival like, say Mercedes' CLA-Class or Volkswagen's CC. In the metal, this is far boxier and more practical than either of those two cars, but the flowing, supposedly racetrack-inspired looks are still pleasing on the eye. It's a sleek shape too, with strong shoulder lines and a slippery 0.29Cd drag coefficient. This updated version got what Volvo describes as 'more focused and determined-looking headlamps', added to create what was intended to be a more 'expressive' front end. The S60's horizontal lines were also emphasised at both the front and rear and, together with details such as a wider grille and daylight running lights. The various changes give this car a more striking, purposeful presence. Under the skin of course, the original second generation S60 recipe is as it always was, Ford Mondeo-based, which means the underpinnings are exactly the same as those used in the brand's supposedly larger V70 estate and S80 saloon models from this era. Volvo's original marketing material for this model suggested that buyers would be so carried away by the sweeping shape that they'd be 'surprised to find this car has rear doors'. We weren't - and we don't think you will be either. Note to Volvo's marketeers: this wasn't a 'four-door coupe'. If it was, there wouldn't be the class-competitive headroom that's on offer back here. As with most cars in the compact executive segment, two adults will be comfortable but three will be a squash. In fact, a third rear seat adult will be even more uncomfortable than they would normally be in a car of this kind thanks to the narrow, curved centre seat they've to be perched upon. Out back, the 339-litre boot capacity is rather more compact than it should be - around 30% smaller than the trunk you'd get in, say, an Audi A4 from this era. Indeed, it's even smaller than the space you'd get in the saloon version of that car's more diminutive stablemate, the Audi A3. Volvo was acutely aware of this issue, which is why, as you'd expect, a 60/40 split-folding rear bench is standard and also - more surprisingly - why a fold-flat front passenger seat is also included across the range so that really long loads can be accommodated. That's an almost unique feature in this class but if it isn't enough, then your dealer will direct you towards the V60 estate version of this car, which offers a 430-litre boot extendable to 1,241-litres with the seats folded. Should this S60's trunk be sufficient for your needs, you will at least find the space it does offer to be eminently useable. We especially like the shallow hinged bootfloor compartment. Lift up the flap and you can mess up the floor with muddy stuff. Then when you remove your wellies or whatever, the flap goes down again and you don't have to worry about cleaning the boot floor. Well not immediately anyway: out of sight, out of mind and all that.

Most of the S60 owners we surveyed were very happy with their cars - but inevitably there were a few issues. Some owners have reported problems with jerky or jumping gear shifting. The underlying mechanicals are tried and tested parts and shouldn't give cause for concern. The interiors are also more hard wearing than most but the load area can be damaged by trying to lever in bicycles which can be an awkward fit in this car. Check for parking bumps and scrapes especially on the 'R-Design' models. The big alloy wheels are very susceptible to kerbing. The T5 and D5 models have quite an appetite for front tyres so check there's some life left in the rubber. As usual, check the alloys for kerb scuffing and the rear of the cabin and the boot for damage caused by unruly kids or awkwardly-shaped luggage.

Volvo founders Gustav Larsen and Assar Gabrielson would have been surprised by this revised MK2 model S60 - but not too surprised. After all, the things we expect the brand to deliver are certainly very much evident - class-leading safety, solid build quality and a cool, classy Scandinavian feel. It's just that in this case, for the first time, they've been fused with more vibrant design, a driver-focused chassis and high-tech engine technology. It's that last element that should really revitalise this car's appeal as a more cost-effective alternative to German-brand compact executive saloons. Any car that can deliver 99g/km of CO2, 62mph from rest in under seven seconds and nearly 75mpg in regular use has to be worthy of anyone's respect. A small brand Volvo may be but it was punching well above its weight here. True, this may not quite be the naughtily sporting car we were promised in the original ads - and it could be a little more practical too. On the plus side though, many will find it hard not to be won over by the smooth riding, safely sensible Volvo package this S60 can deliver. Overall then, what we have here is a less retiring Sixty, a highly impressive package that's an intriguing alternative to the compact executive mainstream. You should try it. 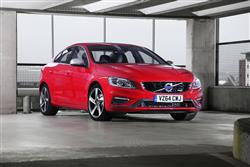 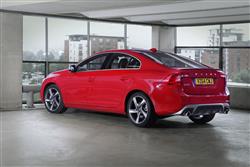 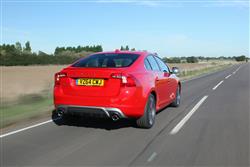 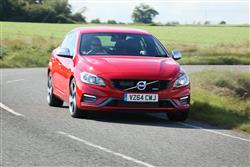 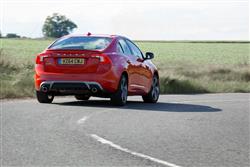 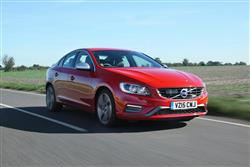