The Volvo V40 is a slick and wholly convincing family hatch. Where V used to mean 'estate' in Volvo nomenclature, here it's a five-door hatch with a broad range of engines and some delightful interior detailing. The styling's slick too, especially in this improved version with its smarter LED headlights. In short, prepare to be surprised. Even by the least powerful entry-level D2 variant, now with 'Drive-E' technology.

We've come to think of Volvo as one of the most conservative of car manufactures, based in no small part on the corporate messages of safety, family and environment. Hardly hedonistic is it? While the messages from Gothenburg preach unthreatening responsibility, the products that Volvo has been building in recent years are a good deal more daring. That's in marked contrast to most car manufacturers who promise the world and then sell you what, after you've stripped away the pretensions, are often quite dull vehicles. The Volvo V40 and V50 models used to be dull. Wholly, terminally dull. Worthy, yes, but nothing aspirational. That has changed, and how. The latest generation V40 is poised, polished and might just be the coolest five-door hatch around right now. Yes, that's right, a five-door hatch. Perhaps Volvo belatedly realised that it needed to chase the big numbers in this sector, or maybe the Kronor finally dropped that people don't tend to want small estates, but the V40 attacks a new sector of the market and does so convincingly. What's more, it replaced both the old V50 and the S40 saloon to boot. In other words, it has some serious expectation heaped upon it. Over 60% of UK sales will be of this entry-level D2 diesel version. Let's put this improved version to the test.

It's true that Volvo is no longer part of Ford's Premier Auto Group, instead being owned since 2010 by Zhejiang Geely of China. Planning horizons being as long as they are, however, it won't come as any great surprise to learn that most of the underpinnings of the V40 are shared with the latest Ford Focus. If there's a more cast-iron guarantor of a decent drive in the family hatch sector than that, we've yet to find it. Most British-bought V40s though, will deliver diesel drive via a piece of engineering that isn't Ford-derived, the 120bhp 'Drive-E' unit featured here. It's no ball of fire of course - sixty takes 10.5s on the way to 118mph - but it's as fast as most will need it to be and 280Nm of torque means you won't have to row the car along with the gearlever in town, an environment where, to be honest, you might appreciate rather better rear three-quarter vision. Here's a hatch clearly developed by people who care about driving. The result is a very good compromise indeed of absorbent ride and assured handling composure. You can always spoil it if you want to by opting for a 'sports' chassis that offers firmer springs and dampers and lowers the ride height by just under half an inch, also lowering the centre of gravity.

This facelifted V40 gets a smarter front end, courtesy of the addition of revised LED headlamps that feature the so-called 'Thor's Hammer' style that's already been seen in the brand's larger XC90, S90 and V90 series models. A smarter grille mesh completes the more confident look. As before, the V40 has a relatively low and sleek bonnet line: that's because courtesy of a unique under-bonnet airbag, it doesn't have to leave an under-bonnet void to meet pedestrian impact legislation. So the bonnet line can be much lower, part of a lean, wide coupe-like stance in a shape very slightly longer and wider than rival BMW 1 Series or Audi A3 models. Pleasantly different then, an observation equally applicable in the cabin. Of course it needs to be good if sales are to be stolen from rival German prestige-badged contenders, a tough assignment tackled with an unpretentious 'Designed Around You' philosophy epitomised by a beautifully positioned infotainment screen that, once you've figured out its complicated menus, enables you to deal with audio, navigation, 'phone and other functions almost without taking your eyes off the road. The idea is that, like IKEA furniture, this cabin should be typically Scandinavian, comfortable, simple, intuitive and visually pleasing. And broadly it is. Cabin space is fine and there's a 335-litre boot.

Priced at just over the £21,000 mark, the D2 is the most affordable model in the V40 line-up. As with any car in this class, Volvo has striven to offer as many high-tech options as possible, integrating the sort of features that not so long ago were the preserve of some seriously high-end vehicles. We've got used to features such as adaptive cruise control, blind spot assistance and lane keeping assistance and the V40 offers all of these features. Reducing personal injury claims, especially around town, is a growing concern for both manufacturers and insurers alike and Volvo's City Safety function now functions at up to 50km/h rather than the original version's 30km/h limit. City Safety keeps an eye on traffic in front using a laser sensor integrated into the top of the windscreen at the height of the rear-view mirror. The car automatically brakes if the driver fails to react in time when the vehicle in front slows down or stops - or if the car is approaching a stationary vehicle too fast. There's also a Driver Alert system and a revised knee airbag design. Plus Pedestrian Detection with full auto brake is a technology that sees its debut in this class of vehicle. It can detect if a pedestrian steps out into the road in front of the car. If the driver does not respond in time, the car can warn and automatically activate the brakes. Pedestrian Detection with full auto brake consists of a radar unit integrated into the car's grille, a camera fitted in front of the interior rear-view mirror, and a central control unit. The radar's task is to detect a pedestrian or vehicle in front of the car and to determine the distance to it while the camera determines what type of object it is. It works at speeds of up to 35 km/h.

If you want the reason why more than 60% of all UK V40 customers will end up buying the least powerful 120bhp D2 diesel variant, then you don't have to look far to find it. This model is capable of a headline-grabbing 78.5mpg on the combined cycle and a 94g/km of CO2 reading that'll side-steps the need for road tax and payment of the London congestion charge. I should point out that the super-frugal returns I'm talking about only apply if this V40 is fitted with an appropriately weedy set of wheels and tyres. Bigger sizes have quite an impact on those figures, so be warned. And residuals? Well, the public has taken well to the V40 and as such, these are climbing up towards Teutonic levels. Expect an entry level D2 diesel, for example, still to be worth 50 per cent of its original price after three years and 30,000 miles. That's way better than all of the mainstream marques, which will help you justify the premium necessary over them for ownership of this car.

Make no mistake, the V40 is a landmark car for Volvo. It was the first product of their 'Designed Around You' strategy, which aims to better understand how owners interact with their cars, giving them a luxury experience that is a little more human-oriented. The results are clear to see. Even in this entry-level D2 diesel form, it's good looking, it's comfortable and even the more complex technical functions have been made more intuitive than many of its rivals. In short, you feel that this is a car that's on your side. With a pin-sharp chassis and a broad range of engines, it's hard to see the V40 getting it wrong. It can certainly hold its head up against the premium contenders like the BMW 1 Series, the Audi A3 and the Mercedes A-Class, with a cosier, unthreatening personality that many potential buyers will like. Some might see this car as evidence of Volvo selling out, chasing the mainstream punters. It's anything but. Volvo needs to shift more cars to survive and if the 90,000 annual projected V40 sales come to fruition, it'll be because it's done the simple things very well. Build a good car that people will like. It's not that hard really, is it? 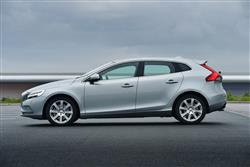 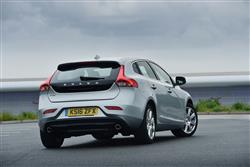 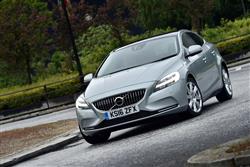 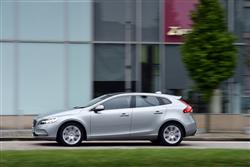 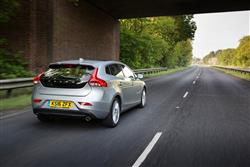 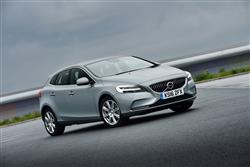