In case you hadn't heard, Volvo estates are curvier and sportier these days, as was ably demonstrated by the brand's MK1 model V60 when it was updated by the company in 2014. Despite its sleeker styling direction, the car never aimed to be a clone of its German mid-sized premium station wagon rivals, instead majoring in Volvo virtues like safety, comfort and practicality. Also included though, is a rewarding driving experience and the option of the class-leading combination of performance and efficiency you get with the Drive-E 2.0-litre D4 diesel engine that most original buyers chose. Potentially, it's a surprising package for the right kind of customer in this segment.

If you never imagined yourself owning a Volvo estate car, then this is the one the brand wants you to try - the V60. Estate cars, of course, used to be things you bought to carry around loads of kit. Not any more. These days, most people wanting to do that will buy an MPV or an SUV. Leaving estates to focus almost completely on style and driving dynamics. Which is why premium mid-sized executive wagons like Audi's A4 Avant and BMW's 3 Series Touring can't actually carry much more than the saloons upon which they're based. Now you wouldn't expect Volvo, the solid, traditional brand that pioneered the kind of boxy estate car into which you could fit a fridge (or several), to want much to do with this kind of trendy 'form over function' approach. And you'd be wrong. The Swedish maker actually invented this style-conscious market niche long before the German brands turned up, bringing us the classic P1800E model that Roger Moore drove as 'The Saint' way back in the Sixties. But it took them until late in 2010 to return to it with this car - the V60. It's the facelifted post-2014 version of that MK1 design we look at from a used car perspective here. This, apparently, isn't an 'estate'. According to Volvo's publicity material, we're to call it a 'sports wagon'. We're not going to do that - but you've got the idea. The type of baggage that Gothenburg doesn't want this car to carry is the historical kind that might see this V60 associated with pipe-and-slippers-bound antique dealers for whom sheer driving pleasure is neither desirable or required. This was once a market Volvo was bound to, but the introduction of their BMW 3 Series-sized S60 saloon in mid-2010 changed all of that. Here was a car that really could reward at the wheel. Here was a car you could mention in the same breath as its German premium rivals. And here was a car ready and waiting for a sleek, low-slung, style-conscious estate variant. Exactly like this one. The V60's initial promise though, was never going to be completely fulfilled with the reliance on other people's engine technology it was first launched with. So, for the fully improved version launched early in 2014, Volvo brought us some of its own in a D4 diesel variant offering a combination of performance and efficiency that at the time, no rival could match. There were smarter looks too and extra technology, all delivered without sacrificing the substance and safety part of the brand value proposition. This improved design sold until it was replaced by an all-new MK2 V60 model in the Spring of 2018. Does it all add up to a decent used car buy if you're shopping in this segment? Let's see.

Most of the V60 owners we surveyed were very happy with their cars - but inevitably there were a few issues. Some owners have reported problems with jerky or jumping gear shifting. The underlying mechanicals are tried and tested parts and shouldn't give cause for concern. The interiors are also more hard wearing than most but the load area can be damaged by trying to lever in bicycles which can be an awkward fit in this car. Check for parking bumps and scrapes especially on the 'R-Design' models. The big alloy wheels are very susceptible to kerbing. The T5 and D5 models have quite an appetite for front tyres so check there's some life left in the rubber. As usual, check the alloys for kerb scuffing and the rear of the cabin and the boot for damage caused by unruly kids or awkwardly-shaped luggage.

Volvo estates aren't what they used to be - and in this case, that's a very good thing. This improved MK1 V60 found it easier than its S60 saloon stablemate to conquest sales from German rivals thanks to more stylish looks that built upon class-leading safety, solid build quality and a cool, classy Scandinavian feel. Particularly as in this case, these virtues were fused with more vibrant design, a driver-focused chassis and high-tech engine technology. It's that last element that back in 2014, really revitalised this car's appeal as a more cost-effective alternative to German-brand compact executive saloons. Any car that can deliver 99g/km of CO2, 62mph from rest in around seven and a half seconds and nearly 75mpg in regular use has to be worthy of anyone's respect. A small brand Volvo may be but it was punching well above its weight here. This is then, a tale of the unexpected, both in style and speed. True, the sweeping shape required practical compromises, but the result is a car that many buyers new to the brand might find hard to resist as a used buy. If you're just about to choose a premium used 3 Series or A4-sized estate made in the 2014-2017 era, then you might want to try one of these before you do. Swede dreams might just be made of this. 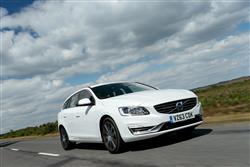 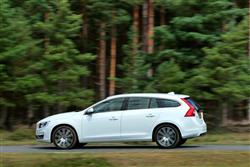 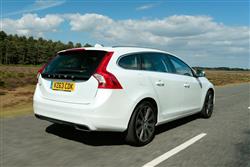 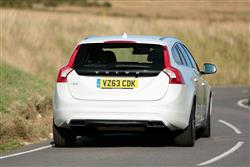 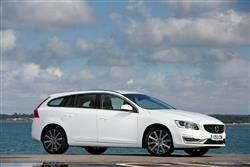 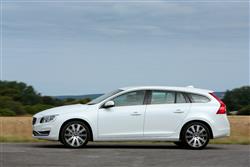