Before the advent of people carriers, sports utility vehicles and crossovers, if you wanted a vehicle with a serious amount of space inside, you need a large Volvo estate. From the turn of the century, Gothenburg's large station wagon was badged 'V70' for the modern era and continued to be as uncompromisingly big and practical as ever, bridging the gap between medium range Mondeo-sized estates and the very largest fully-fledged Executive-shaped station wagons. Here, we're going to focus on the very last MK3 V70 variants produced between 2013 and 2016. Choose your model carefully from this era and you'll get yourself a car fitted with Volvo's efficient 'Drive-E' engine technology. With that kind of powerplant beneath the bonnet, a used V70 can make a lot of sense.

Volvo has a long and illustrious heritage in producing spacious estate cars, one which stretches all the way back to 1953 and the Duett PV445 wagon. That was replaced with the classic Amazon model in 1962 which in turn gave way to the 145 series in 1967, but the big Volvo estate that many remember is the big-bumpered 245/265 series of 1974, the car that upwardly mobile Margo and Jerry Ledbetter drove in the BBC sitcom 'The Good Life'. Every middle class Surbiton couple had to have one. So did every antiques dealer. In 1985, we got the ugly US-inspired 740/760 models, restyled in 1990 and sold as the 940/960 series. Only with the introduction of front wheel drive in the 850 estate of 1993 however, did things really take a step forward, a car re-launched as the V70 in 1996. The first proper purpose-designed V70 followed in 2000, replaced in 2007 by the third generation version. That MK3 model was heavily updated in 2010 with a package of changes that carried the V70 through to the post-2013 period where Volvo was able to start plumbing in some of its own engines rather than using Ford-derived units. It's the 2013 to 2016 period V70 models we're going to look at here. In 2016, the V70 was finally replaced b the all-new V90 model.

Most of the V70 owners we surveyed were very happy with their cars - as you'd expect they would be. By this time, most of the earlier faults on third generation V70 models had been ironed out. However, as you'd expect, there were some issues. One owner reported that his car rapidly got through brake pads, these having had to be replaced 4 times in 7 years. The same buyer also reported his V70 to be something of a tyre-eater, front tyres in that case lasting only a year or around 12,000 miles. Another owner we found had experienced Electronic Management Unit problems, while another had had to replace an engine flywheel. Over the course of V70 production, there have been various reports of auto transmission shifting problems: usually, these seem to have been caused by software issues, so get this checked out before agreeing to full mechanical replacements. There have been a couple of reports of door assembly failures and one owner reported that the engine idled over roughly due to a broken vacuum hose near the power steering point. Another owner reported an abnormal noise from the front suspension due to worn control arm bushings.

So what should your expectations be when it comes to driving one of these? On one hand, moaning that a big Volvo estate can't be thrown round the lanes like a sports saloon seems a bit ridiculous. Yet as the Swedish maker well knows, only slightly pricier German rivals like BMW's 5 Series Touring and Audi's A6 Avant have shown that it really is possible to produce a car like this with plenty of carriage capacity, yet at the same time, quite an accomplished dynamic repertoire. By 2013, it simply wasn't good enough for the Scandinavian marque to produce tank-like handling. Which is why this late third generation V70 model was a bit more accomplished than its predecessors in this regard. As a result, you might be pleasantly surprised at the speed at which this big car can be hustled around tight corners. But that doesn't make it a BMW. The word 'Volvo' is literally translated from the Latin as 'I roll' and sure enough, around sharper bends where the steering can feel rather vague, the lean is more pronounced than that you'd find in one of the German alternatives. Original buyers who wanted to do something about this could specify the optional 'Four-C active chassis system' which allows the driver to manually select between three suspension settings to suit both mood and road. Few original customers bothered with this system though - and rightly so. Even with this feature fitted, other rivals do the whole executive sports estate thing do much better. This car has a more relaxed demeanour and as speeds rise, is more of a dynamic match for Audi and BMW with well controlled body movements, supple suspension and impressive refinement. On to engines, which by this point in the MK3 model V70's lie were all diesel-powered. The main enhancement to the V70 model range in 2013 was the introduction of the brand's own engine technology to replace the previous dependence on Ford-derived units. This arrived in the form of the 2.0-litre 'Drive-E' diesel unit that in 181bhp guise was fitted from 2013 to the V70 D4. In 2015, a 150bhp version of this engine was fitted to the 'D3' variant. That apart, all the engines you'll find in V70s made between 2013 and 2016 were less efficient Ford-derived units, so make sure you know what you're buying. At the foot of the range, the V70 D2 had to make do with a 115bhp 1.6-litre diesel borrowed from a Ford Focus: not surprisingly, this little unit struggled a bit in moving this big Volvo along. The next option up was the 136bhp 2.4-litre five cylinder diesel that was fitted to D3 models until the 150bhp 'Drive-E' engine came along in 2015. Finally, at the top of the range, the same 2.4-litre five cylinder diesel put out 215bhp in the D5 variant - or 230bhp if it was ordered with the optional 'Polestar Performance Pack'. As for transmission choice, well even though the standard 6-speed manual gearshift was decently slick, most V70 buyers got themselves a car fitted with one of the three automatic gearbox options. A 'Powershift' 6-speed auto was fitted as standard on the D2, while a more conventional 6-speed auto was offered as an option on D3 and D5 models. Finally, there was a more modern 8-speed auto offered as an option on the D4.

By 2013, this third generation V70 had been in production for six years and Volvo had ironed out most of the issues with it. By this time, the car was smarter, better-equipped and more media-savvy but the key change to this model line came with the introduction of the Gothenburg brand's 'Drive-E' engine technology. If you're looking at buying this car secondhand and focusing on a model from the 2013 to 2016 era, we'd strongly recommend that you get yourself a variant fitted with the 'Dive-E' tech. In this guide, we've given you some details on that. Virtually all D4 models from this period had this new unit and from 2015, D3 variants got a de-tuned version of this powerplant too. Otherwise, the V70s from this time that you'll come across will be fitted with the older Ford-derived engines, so make sure you know what you're buying. Even one of these can make sense though, if it's been well looked after and is being offered at the right price. How to sum up then? Well, here's a car that'll probably out-last you. A car that'll become part of the family as it takes ballet lessons, boating trips and skiing adventures in its stride. MPVs and SUVs might sound cleverer but there's still little to touch this Volvo when it comes to doing what big estates need to do. If you're looking for the definitive example of the breed, look no further. 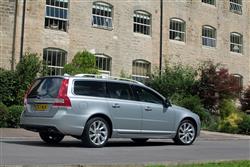 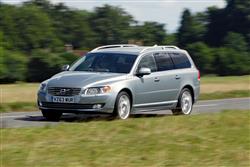 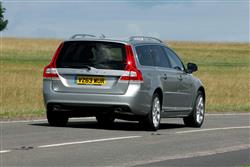 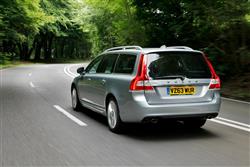 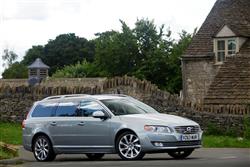 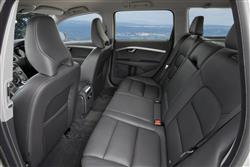