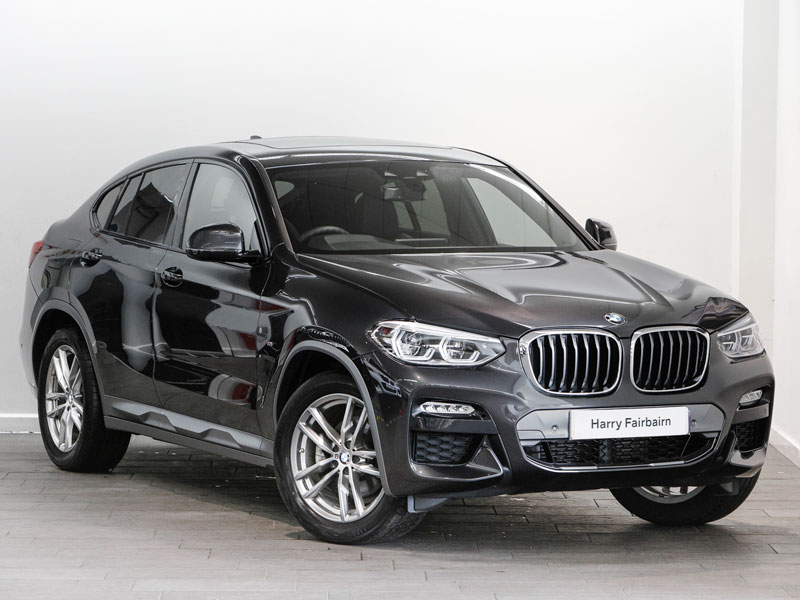 BMW is leaving no stone un-turned in its efforts to fill every possible premium market automotive niche with desirable products. Here's another one - an improved take on the second generation version of the company's fashionable X4. Jonathan Crouch reports.

BMW still tells us this second generation X4 model, here usefully improved, is a 'sports coupe'. Whatever your take on that, this sporting crossover is certainly an interesting take on fashionable family motoring. If you can afford the fee, it's a tempting take on the mid-sized premium-badged SUV genre and if you like the looks, then you'll probably like everything else because it's pure BMW. It's even a little more practical than you might expect. True, the world may not need another car like this - but you certainly might.

If you're at all familiar with the Munich maker's model line-up, then you'll get the idea behind this car immediately. In 2008, the company brought us a design they badged as the 'X6', a kind of sportier coupe-like version of their established X5 luxury SUV. Against the odds, the X6 has since been a profitable car for the brand, so in 2014, the same concept was down-sized with the first generation X4, a sportier coupe-like version of the squarer, more practical X3 compact SUV. This second generation X4 first arrived in 2018, very much a refinement of the original, with slightly lighter weight, sharper looks, a classier cabin and a greater level of media and autonomous driving tech. With this revised model, MHEV mild hybrid engine tech has been introduced and cabin quality takes a big leap forward. And there's also a properly potent 'M Competition' petrol flagship variant for the first time equipped to take the fight to road-burning rivals like the Mercedes-AMG GLC Coupe 63.

As before, the X4 range focuses on diesel power, though it's now diesel power with BMW's latest 48V mild hybrid engine tech included. Most buyers, as before, are likely to opt for the volume xDrive 20d variant with its familiar 190hp 2.0-litre black pump-fuelled engine. Next up in the range is the six cylinder xDrive30d, now with 286hp. This engine also comes in 340hp form with the M40d model. There's also an M Performance petrol-powered variant, the six cylinder M40i, with 360hp. Plus there's a 'full M' range-topping 510hp X4 M Competition variant to take on rivals like the Mercedes-AMG GLC Coupe 63 4MATIC+. All model variants direct their engine's power to the road via an eight-speed Steptronic transmission and feature BMW xDrive intelligent all-wheel drive as standard. The standard-fit Driving Experience Control switch lets drivers choose from SPORT, COMFORT and ECO PRO set-ups, while six cylinder models also add a SPORT+ mode. You certainly won't lack for performance. Even the base xDrive20d variant manages 62mph from rest in 7.9s en route to 132mph, figures the six cylinder xDrive30d improves substantially to 5.7s and 152mph. For the M40d and M40i, you're looking at 4.9s and 155mph. BMW has tuned the suspension of the X4 to offer a more focused feel than that of the X3 and the intelligent xDrive all-wheel-drive system splits drive between the rear wheels continuously, plus as required, optimising traction, turn-in and directional stability. The Variable Sport Steering system is fitted as standard and an xDrive status display makes a bid for what might be the most gratuitous use of graphics in a car with the three-dimensional display of the car's body roll and pitch.

This updated version of the second generation model gains a smarter look, courtesy of a larger front kidney grille with a mesh finish. It's flanked by now-flatter headlights that now have standard adaptive LED beams and there's a revised front bumper with a re-styled lower apron. The typical BMW proportions with long bonnet, flat windscreen and long wheelbase give the X4 an elongated, sporty appearance. It's 55mm lower than the brand's X3, longer by 43mm and 27mm wider. Featuring revised LED rear lights with a three-dimensional design, emphasising the vehicle width, the rear section now has a more clear-cut shape, with a smarter rear apron and wide free-form tailpipe trims. Inside, the twin-screened 'BMW Live Cockpit Professional' set-up is now standard. That brings a 12.3-inch instrument binnacle display and the 'BMW Intelligent Personal Assistant', a voice control system responding to the command 'Hey BMW'. 'Apple CarPlay'/'Android Auto' smartphone-mirroring is now (at last) standard. And the infotainment set-up now updates itself with 'over-the-air' upgrades, so you'll get into your X4 one morning and find it able to do something it couldn't do the day before. Three full-size seats are fitted in the rear compartment and headroom's not as compromised as you might think by the coupe-style roof line. Don't expect to get quite as much boot space as in an X3 but 525-litres should be enough and there's the versatility of 40:20:40 split-folding rear seats, plus the standard-fit automatically opening tailgate makes loading easy. Fold the rear bench and there's 1,430-litres of space.

Prices start at around £49,000 for the base xDrive20d; you'll need around £5,000 more for the six cylinder xDrive30d diesel. These figures represent a bit of a step up from the previous generation line-up. But BMW seems very confident it'll continue to find buyers for the X4. The top diesel variant the M40d costs just over £61,000. The top petrol variant, the M40i costs just under £62,000. At least it's not as if this Munich model needs a whole lot of extras. All X4 models feature Vernasca leather upholstery and automatic air conditioning with three-zone control is also standard across the range, allowing separate temperature settings for the driver and front passenger as well as separate climate control at the rear. Whichever variant you select, it'll be easy to spend more than you budgeted or, thanks to a wider range of tempting options. Optional perforated leather climate seats will be popular, perhaps fitted out with active seat ventilation. Another option is a generously sized panoramic glass roof, while optional acoustic front side windows will complement the standard acoustic windscreen glazing to help create even lower noise levels in the cabin. Another interesting option is the BMW Display Key. Fuel level, remaining range and service information are all shown on its 2.2-inch touch display, while the key can also be used to lock the doors, close the windows and operate the optional auxiliary heating system.

If you've heard talk that diesel engines are planet-polluting brutes, then shelve that for a moment while you examine the black pump-fuelled powerplants on offer here because they're nothing like that. The mild hybrid technology now used in all available X4 combustion engines draws on a powerful 48-volt starter generator and an additional battery, so it has significantly expanded possibilities when it comes to brake energy recuperation. The energy obtained by means of recuperation and stored in the 48-volt battery is also used to supply the 12-volt electrical system and the electrically-operated vehicle functions connected to it. Enough with the tech; what about the WLTP figures? Well, the X4 xDrive20d variant most will choose manages up to 49.6mpg on the combined cycle and up to 153g/km of CO2. Move up to the six cylinder xDrive30d model and you're looking at up to 46.3mpg and 159g/km. Even the M40d manages 42.8mpg and 168g/km. Want to know about the petrol M40i model? Well that returns 32.5mpg and 202g/km. Unlike the X3, there are no Plug-in PHEV or EV drivetrain options. What else might you need to know? Well, routine maintenance is dictated by 'Condition Based Servicing' that monitors oil level and engine wear, taking into account how long it's been and how far the car has travelled since its previous garage visit. You can check all of this using menus in the 'iDrive' centre-dash display and the car will give you four weeks' notice of when a check-up is needed so you have plenty of time to book it. To help plan ahead for the cost of regular work, at point of purchase you'll be offered a 'BMW Service Inclusive' package that lasts for three years and 36,000 miles.

Inevitably, a model of this kind will continually divide opinion. The people who don't like it will tell you to buy a cheaper, more practical X3 - but then they're probably the same people who can't see the point of anything prioritising style over substance. In any case, this improved X4 does have substance to its proposition - at least when it comes to efficiency, quality and low running costs. It's even reasonably spacious and practical. Don't be dissuaded then, if you'd like one. This may not be quite the sharpest dynamic contender in its segment but it's still an astonishingly rewarding steer for something based on SUV underpinnings. Yes, there's an element of compromise in its packaging but the world would be a dull place if we only bought cars on a pragmatic basis. File this one under 'unexpectedly likeable'. 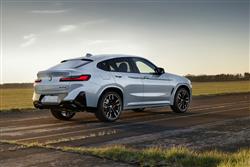 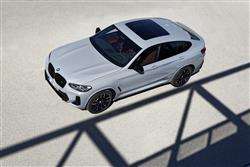 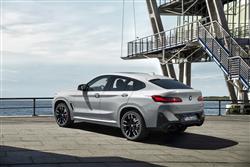 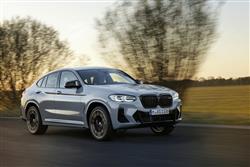 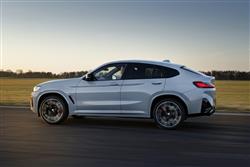 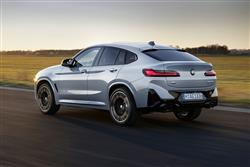