Skip to main content
Get an extra £500 when you part-exchange.
Plus get a free 2-year service plan when you buy a used car.

Kia reckoned that the first generation version of their Niro PHEV Plug-in hybrid model offered the best of both worlds in its 2017-2021 sales period, combining fashionable 'Crossover' looks with exemplary hybrid efficiency. If you're wanting to join the EV revolution with a used car from this era but aren't quite ready for a full-battery-powered contender and need a family hatch-sized model with this kind of tech, it could be worth a look.

Kia has become a strong player in the Plug-in hybrid segment. In 2016, it launched a PHEV version of its mid-sized Optima model and it followed that up in 2017 with this car, a plug-in version of its Niro crossover. Under the skin, this car shares its PHEV technology with the Hyundai IONIQ (and with a couple of Kia Ceed models), which means it's very advanced indeed. And for the 2019 model year, this car benefitted from a range of minor updates, including subtle styling changes and a slightly classier cabin. Like the IONIQ, the first generation Niro was available with hybrid, all-electric and PHEV drivetrains. With this PHEV, you get an efficient 1.6-litre GDI petrol engine mated to an 8.9kWh battery able, when fully charged, to take this car over 34 miles on all-electric power. The Niro Hybrid sold in this form until Spring 2021, when it was replaced by a second generation model.

We're not sure if Kia's designers in Korea and California deliberately set out to blur the boundaries with this MK1 Niro design between Focus-style family hatch and 'Juke'-style small Crossover. That's certainly the kind of look we ended up with here. You might not immediately pigeon-hole this Niro as any kind of Crossover or SUV, but Kia is keen that you should look a little closer and pick out the detail features that would usually identify more lifestyle-orientated models of the Juke-genre. At the front, there's Kia's usual 'tiger nose'-style front grille but the bumper was restyled as part of the 2019 package of updates and features LED daytime running lights below the headlamps with a unique double-arrow layout, as well as LED fog lamps. There were minor changes for the 2019-era models at the rear too, where redesigned LED tail lights aimed to give the Niro a more distinctive and modern light signature. The big change with the updated post-2019 version of this car though, came inside with the addition of a big 10.25-inch Widescreen Navigation screen (for the plusher '3'-spec version anyway), part of a UVO CONNECT media package which included Apple CarPlay/Android Auto smartphone-mirroring and a 'Kia Live' system, which uses its own SIM card to retrieve and update live data. There was a TFT screen for the instrument cluster too, with a speedo on the right and a Power Meter on the left. And in the back? Well forget the cramped quarters common to many other compact Crossover models; in this one, three adults can sit reasonably comfortably, aided by a commendably low central transmission tunnel. Go round to the boot and you'll find that the large tailgate swings up easily, so you don't need to be a gym fanatic to lift it up. When the thing's raised, there's a broad, tall opening to the luggage compartment and the floor sits almost flush with the sill, so getting heavy bags in and out is no problem. As with most PHEVs, luggage capacity is compromised by the rear underfloor battery placement - it falls from 382-litres in the standard self-charging Hybrid model to 324-litres here.

We had quite a lot of trouble finding anyone with a bad word to say about this MK1 Niro PHEV. So it's just the usual stuff. Give the electrical systems a thorough test and make sure the central screen has had all its necessary map updates. Check the alloys for scuffs. The interior for child damage. And insist on a fully stamped-up service history. For more, check out www.kianiroforum.com There was a recall for 2017 year models because in a few cases, the main relay in the power relay assembly had inadequate connections between its contacts. This could cause a short circuit - or prevent the car from starting. There's been a report of some 2017-era models having oil leak onto the power electrode inside the hydraulic clutch actuator. This might result in a short circuit, leading to a possible fire.

At the heart of the Niro's Plug-in powertrain is a high-capacity 8.9kWh lithium-polymer battery pack, growing in size from the 1.56 kWh battery pack found in the normal Niro Hybrid. The PHEV variant's battery pack is paired with a more powerful 44.5 kW electric motor than you get in the ordinary self-charging Hybrid model (which has a 32kW motor). The battery and electric motor are paired with the Niro's efficient 1.6-litre 'Kappa' four-cylinder GDI 105PS engine, producing a total system power and torque output of 141PS and 265Nm. Kia engineers claimed a pure-electric WLTP driving range of 36 miles. An EV button by the gearstick allows you to stay in all-electric mode if there's enough battery charge to do so. Let's get to the WLTP-rated efficiency figures (NEDC-rated from period). This Plug-in Hybrid Niro model puts out just 31g/km of CO2 and is supposed to be able to return a combined cycle reading of around 201.8mpg - good luck with that. Those figures assume that owners will be making full use of the driving range potential provided by this variant's battery. There are plenty of EV screen read-outs to help you maximise this range. Charging a Niro Plug-in Hybrid takes 2 hours 15 mins using a 3.3kW AC charger. Using a domestic 3-pin plug, you're looking at 5 to 6 hours.

The first generation Niro PHEV was a relatively affordable PHEV compact segment contender that did a pretty good job in combining fashion and frugality and is well worth your consideration if you don't mind paying a little more than you'd expected to for a car of this size from the 2017-2021 period. You certainly get a lot of technology in return. Overall, this is a car that delivered on Kia's promise to develop its products with quality and segment-leading technology. That doesn't necessarily mean it'll be right for you, but there's no doubt of one thing: in terms of the kind of wish list that a buyer in this part of the market might have, this early Niro PHEV ticks a lot of boxes. 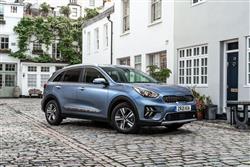 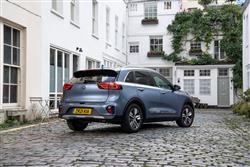 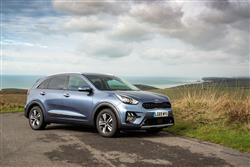 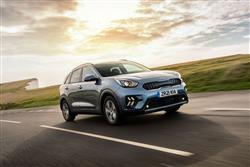 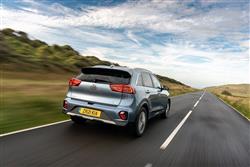 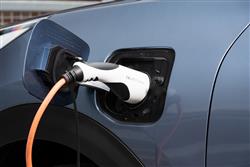