Everything you need to know about Apple CarPlay

Make the most of using your iPhone in the car with our guide to Apple CarPlay. 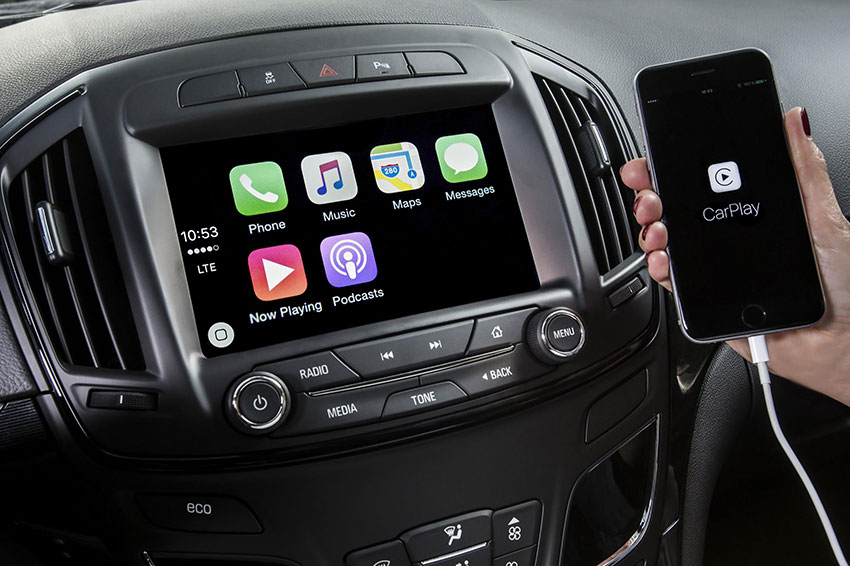 Apple CarPlay has been around since 2014, and now smartphone mirroring is included as standard on many cars. But if you’re still not sure how to get connected, we give you all the info you need to access your maps, music and messages while you’re behind the wheel.

Which Apple products are compatible?

Apple CarPlay is available on all iPhones from the 5 upwards, but you’ll need iOS 7.1 or above for it to work. iPads aren’t compatible.

Worldwide, over 500 models support the system and the number is growing. In the UK, manufacturers include: Abarth, Alfa Romeo, Audi, BMW, Citroën, DS, Fiat, Ford, Honda, Hyundai, Jeep, Kia, Mazda, Mercedes-Benz, MG, MINI, Mitsubishi, Nissan, Peugeot, Renault, SEAT, ŠKODA, Vauxhall, Toyota, Volkswagen and Volvo. And if you’re lucky enough to drive a Lamborghini, you can hook up your iPhone to that, too.

How does it work?

Apple CarPlay sits on top of your car’s existing software, so you get your beloved Apple interface via your central screen, including your home button. You can use it via touchscreen navigation or control knobs or buttons, depending on how your car’s infotainment system works.

Some new cars support wireless Apple CarPlay – if you have this, you should probably add a wireless charging plate to your spec list, as some apps, like Maps, can drain your battery. Otherwise, you connect it to your car’s infotainment system in the traditional way, via your phone’s USB cable. When it’s connected, you can only access your apps on the touchscreen as you’re driving, and your phone screen will be locked.

Which apps can I use?

Your iPhone apps are all available, but many third-party apps are available to use via CarPlay, including Spotify, WhatsApp, Amazon Music, Audible and Waze. And in a rare moment of accord with Google, you can also access Android apps if you have iOS 12 – including Google Play and Google Maps.

Running on Android? Read our guide to Android Auto

How is it different from my iPhone?

Apple CarPlay is designed to keep distraction to a minimum. So the background is black and the phone’s functions are simplified and magnified to help you navigate more easily as you drive. You’ll also see fewer apps than usual on the home screen – gaming apps will not appear at all, because let’s face it, Candy Crush could cause a car crash.

As you open and close apps, the display shows the three most recent apps at the side of the screen nearest the steering wheel, so you can quickly access them again.

Many apps which might cause your eyes to wander to a screen have been refined and certain elements replaced with voice functions. When you’re using iMessage and WhatsApp, for example, Siri steps in to read out your messages, so you don’t have an accident while attempting to respond to the group chat.

Can I use voice commands?

Yes – some in-car infortainment systems come with voice command technology built in, but CarPlay is where Siri comes into its own. Forget scrolling through your playlist or tapping constantly on apps. It’s much easier – and safer – to make sure Siri is enabled so that you can control it using your voice. So you can drive while also making important life decisions like: ‘Siri, play Highway to Hell’ when you’re sitting in a mile-long traffic jam, or: ‘Siri, find the nearest Burger King.’

Can I make phone calls?

If your car has Bluetooth, you can make and receive calls through Apple CarPlay.

Is there anything I can’t use it for?

If you’re looking for information about your car, you’ll have to switch to its built-in infotainment system. On Apple CarPlay, there’s a handy app you can tap on the home screen that will bring you back to your car’s interface when you need it.

Discover the best cars for connectivity