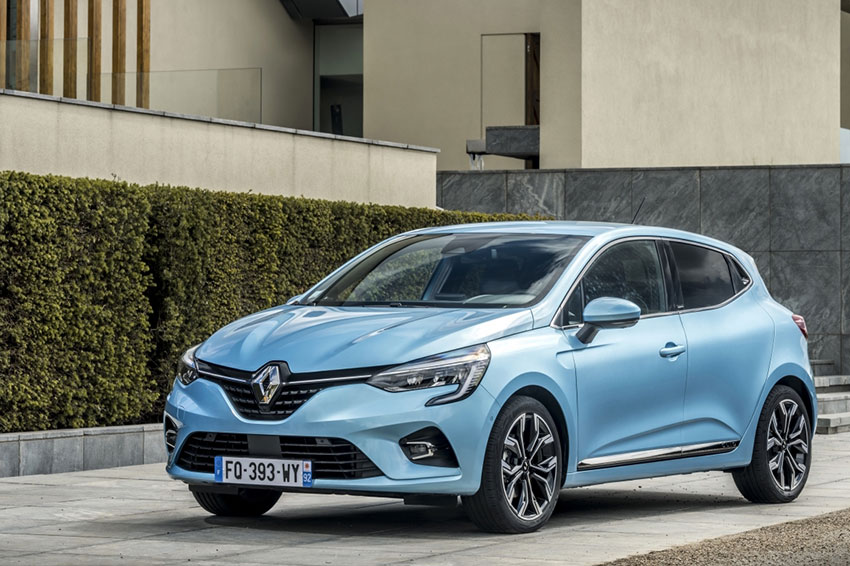 The battle for hybrid supremacy in the world of new age superminis has taken another turn. Hot on the electrified heels of the latest Toyota Yaris and Honda Jazz, Renault has introduced its new Clio E-Tech Hybrid.

We know, of course, how successful Renault has been with its pure electric ZOE. In fact, no manufacturer has sold more EVs in Europe over the past 10 years than the French carmaker. And as the demand for all-electric cars continues to grow, the same trajectory is mirrored in the hybrid market.

It's no surprise, then, that Renault chose this moment to introduce a range of hybrid and plug-in hybrid models, all aimed at easing buyers towards the shift to full battery power.

In addition to the Clio E-Tech Hybrid, Renault has introduced a new plug-in hybrid range which includes the Captur and Mégane Sports Tourer.

All three models are powered by a 1.6-litre petrol engine, two electric motors and a powerful battery. But the difference between the Clio and its two stablemates is that the Captur and Mégane plug-ins get 20bhp more than the Clio’s 138bhp, thanks to their larger, higher voltage battery packs.

And all plug-ins have the additional benefit of promising an all-electric range of up to 30 miles, with CO2 emissions of just 30g/km.

Okay – tell me more about the Clio Hybrid… 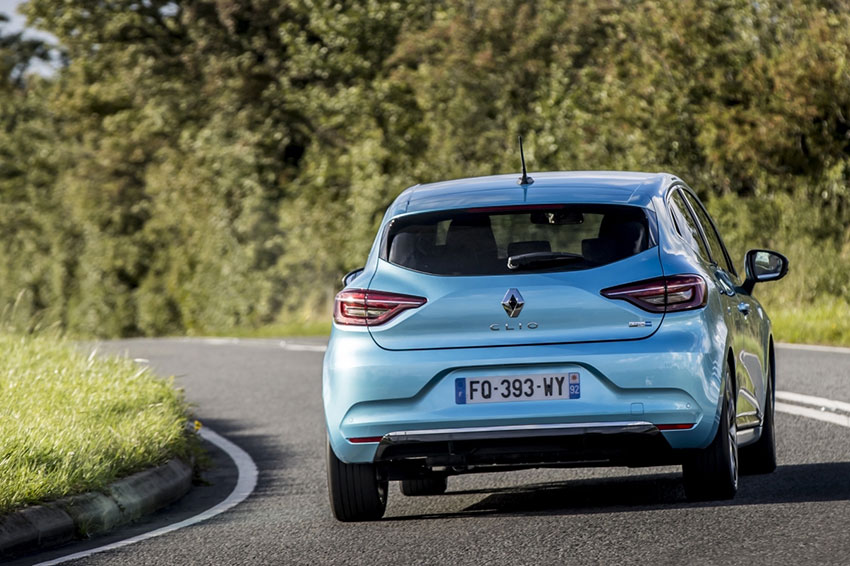 Now that we’ve highlighted the three new models and their differences, let’s turn our attention to the Clio Hybrid. The important figures which should prove attractive to potential buyers is a claimed fuel economy of 64.2mpg. In real world driving, it’s relatively easy to achieve a figure better than 60mpg — plus a sub-100g/km CO2 rating. Both of those are attractive, certainly in terms of financial savings. And the numbers will improve even more if the bulk of the driving is confined to around town, where hybrids perform at their best.

Like the Yaris, the hybrid Clio offers that hallowed combination of short bursts of electric running — crucially effective for urban driving in the modern era — plus a petrol engine which ensures there’s never any range anxiety on longer journeys.

Drill down into the minutiae, and you discover the Clio’s hybrid system allows you to drive on battery power alone at up to 40mph. Cleverly, it can also perform engine-off coasting at higher speeds. Then you discover the silver bullet: according to Renault, it will be able to cover around 80% of urban journeys in electric mode.

And you get all the hybrid benefits in a body which remains one of the most attractive on the road, and delivers the near-perfect package for occupants and storage in the supermini world.

Did somebody mention F1?

Ah yes; I should mention the other all-important headline-grabber: it’s ‘inspired by Formula One’. Now, we’re not talking cutting-edge aerodynamics, massive wings in the front and rear, nor the probability that when you park the hybrid Clio outside your door at the end of the day, a crew of suited-and-booted guys armed with wheel guns are going to change your four tyres in under three seconds.

Nah, sorry. The F1 inspiration is hidden away in the gearbox. I know, it’s not the most glamorous F1 association. But Renault does promise it will help the car to choose the most efficient ratio for any situation.

How come? Well, with no clutches, the ‘multi-mode’ transmission drives the petrol engine with four gears and the main electric motor with another two. The result is that the car is able to select from 15 different gear combinations to maximise all-round performance.

Sounds impressive – what are the benefits?

Where the Clio’s clever hybrid system really shines is in town. In complete contrast to anything F1, it relishes low-speed driving. It starts in fully electric mode. Only when it registers above a certain torque demand from your right foot, or if the battery is depleted, does its petrol engine kick in. And when the engine does engage, or turns off, you’ll be hard-pressed to notice the difference because the transitions are almost completely seamless.

Cleverly, the Clio hybrid has an ‘EV’ piano key switch on the dash which allows the driver to make sure that the petrol engine doesn’t kick in. So, if the hybrid’s battery is completely charged, you can drive silently on all-electric power. Thankfully there’s also a little ‘EV’ logo which flicks up in the centre of the dashboard, to help remind you which part of the hybrid system is putting in the work.

Does it still drive and feel like a Clio?

It certainly does. Renault has also been very clever in making sure that the hybrid still delivers all that is best across the Clio range. Steering is still sharp and precise; the ride is pleasant and forgiving, especially on the smaller 16-inch wheels; and the cabin remains one of the best-in-class, certainly in terms of overall finishing. 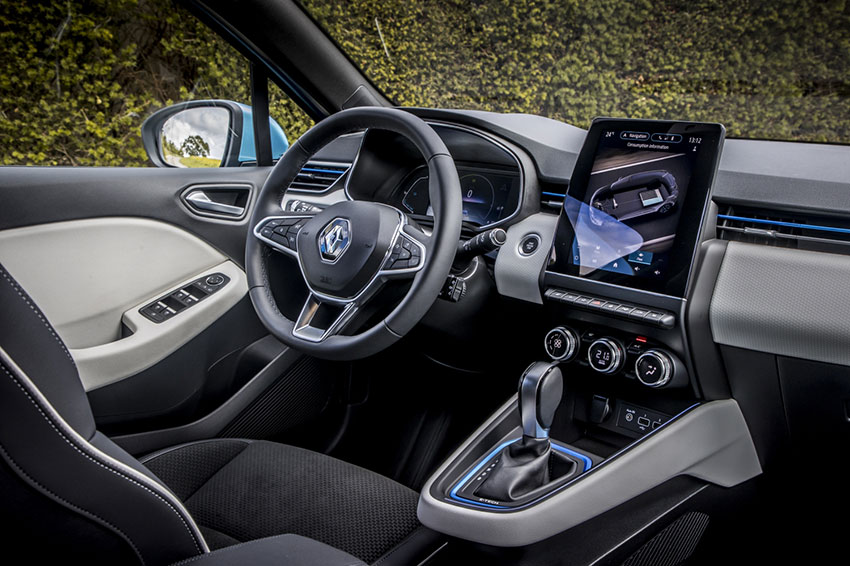 Okay, the boot space in the hybrid drops from 391 litres – as found across the rest of the Clio range – to 301 litres, simply because of the hybrid system. But in terms of cabin space for driver and passengers, it’s more than spacious enough.

Look closely and you’ll also spot the tell-tale signs that this is the hybrid Clio. Outside, there’s subtle E-Tech badging, while inside there’s a little blue trim around the gear shifter and on the air vent strips.

And what about pricing?

Renault has been quite aggressive with its pricing structure. Compared to the Clio 130 TCe petrol automatic, which is less frugal but quicker, the hybrid is around £700 more expensive. More importantly, the hybrid technology is available on every trim level of the Clio, not just the range-topping spec. That means you could enter the Renault hybrid world from £19,595 for the entry-level Play model; and that includes lane-keeping assist, cruise control and LED headlights as standard.

The demand for hybrid superminis is only going one way, and that’s up. If you’re in the market for one, I’d recommend you contact your nearest Arnold Clark branch and test the rivals from Toyota and Honda, too.

Competition is tough, and Renault has made sure with the launch of the Clio hybrid that it’s up for the fight on the forecourt. Pitched against the Yaris and the Jazz, I’d suggest it comes out just on top, simply because of its overall package. 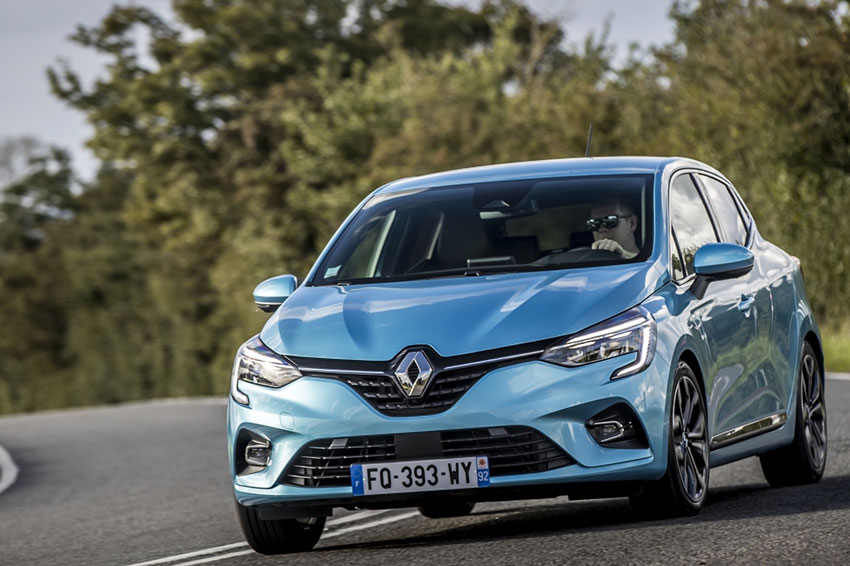