The new generation of the stylish sports coupe is coming soon. 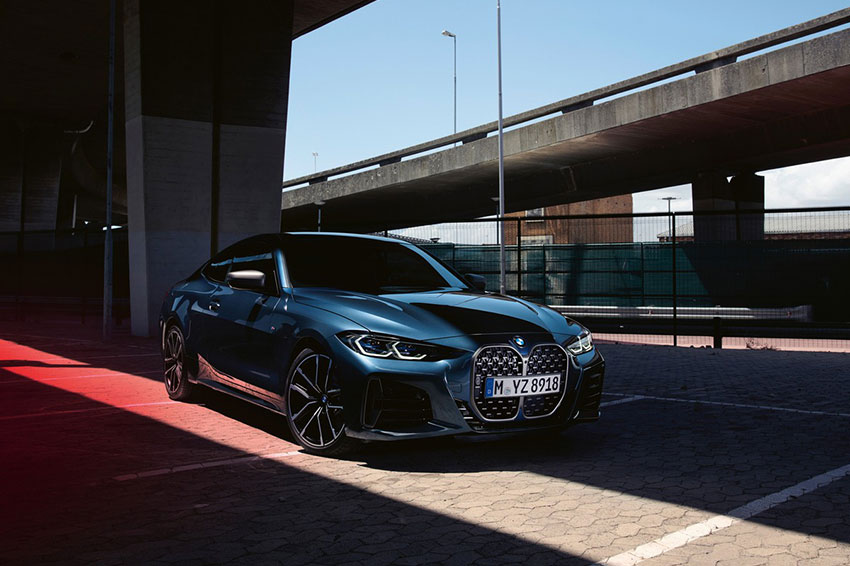 The original BMW 4 Series Coupé launched back in 2013, becoming a global sensation. Now it’s back with its second generation with new sporty styling, class-leading performance and the latest in driver assistance technology.

While the 4 Series may share some of the same technology as the 3 Series Saloon, its distinctive styling and setup make it a very different prospect. The new model retains the 4 Series’ iconic outline with the stretched bonnet, long wheelbase and roof that flows into the tail. This is enhanced with new design elements like the larger kidney grille which looks like something from a concept car while referencing BMW’s heritage – echoing the grilles on the classic BMW 328. The front also features vertical intakes to accentuate the car’s width, with LED headlights fitted as standard alongside U-shaped fibre-optics which serve as daytime running lights. 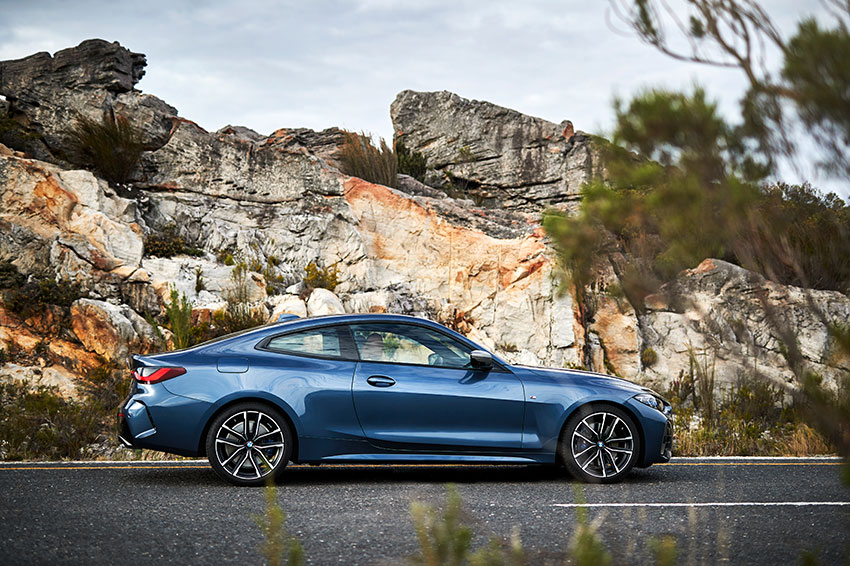 Advanced weight-saving technology along with improved power trains mean better performance and greater efficiency over the outgoing model. At launch, the 4 Series Coupé will be available with a straight-six petrol unit on the flagship BMW M440i xDrive Coupé, along with two four-cylinder petrol units and a four-cylinder diesel to choose from. The engine line-up is set to be further expanded in March 2021, with two straight-six diesel engines. Improving efficiency further, mild hybrid technology has been included with all diesel engines as well as with the straight-six petrol.

Responsiveness has been improved across the diesel range with a new two-stage turbocharging system using BMW TwinPower Turbo technology.

All models feature an 8-speed Steptronic transmission with optimised shift dynamics, guaranteeing a smooth drive. Shift paddles on the steering wheel are also available across the range. With launch control delivering a sporty start, overtaking is now made even easier with the Sprint function, providing all the performance needed for a sharp burst of speed. 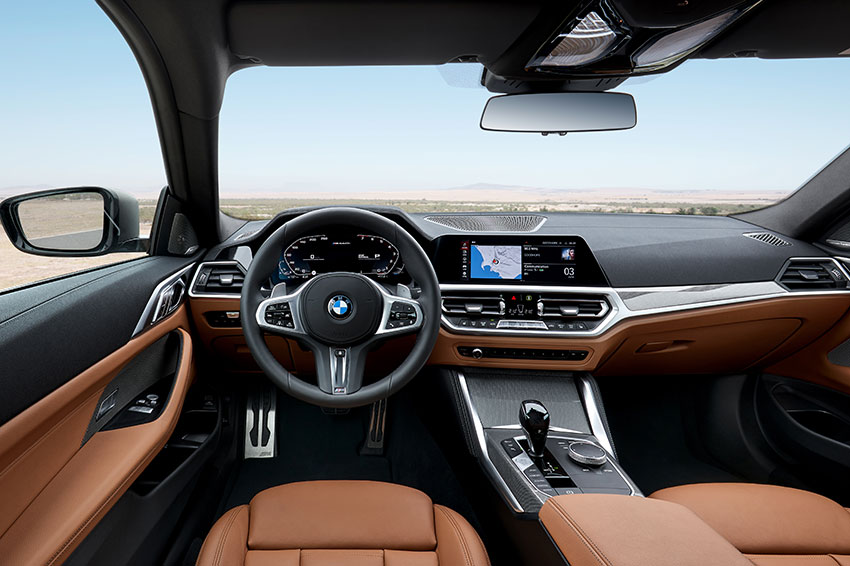 The cockpit is built around the driver, with premium materials found throughout and horizontal lines emphasising the width of the cabin. The central console contains the stop/start button along with the drive selector lever, iDrive controller and electromechanical parking brake. BMW Live Cockpit Professional comes as standard, and is controlled via a 10.25-inch central display, with additional information displayed on the 12.3-inch instrument cluster behind the steering wheel. Android Auto and Apple CarPlay provide connectivity and drivers will be able to communicate directly with their car through BMW’s voice activated BMW Personal Digital Assistant. And with the BMW Operating System 7’s Software Upgrade function, every system will remain up to date.

Sporty driving seats come as standard, perfect for taking on those hard corners. And as it’s a BMW, there’s a little bit of luxury with front-seat heating as standard. Those who opt for the Comfort Plus package will also enjoy electronically adjustable seats with memory function.

While a two-door car might not appear to be the most practical choice, with a 440-litre boot and split-folding rear seats, there’s plenty of space for everything life throws at you.

Technology to keep you safe

There’s a range of safety features which now come as standard, including front collision warning system with an automatic city braking system which can detect vehicles, cyclists and pedestrians. The lane departure warning system with steering assistance helps drivers stay safe on motorways, with cruise control and speed limit information also available as standard. Parking Assistant also comes with all models and makes choosing and driving into a space easier than ever before.

Those looking for enhanced options can enjoy BMW head-up display which projects driving information onto the driver’s field of vision and Parking Assistant Plus with Drive Recorder which creates a 360° visualisation of the vehicle from different perspectives. Drive Recorder acts as an advanced dashcam, recording up to 40 seconds of video from multiple angles in the event of a collision.