Grown-up family car or tech-laden hot hatch? Jim McGill has the answers on this pair of full hybrids. 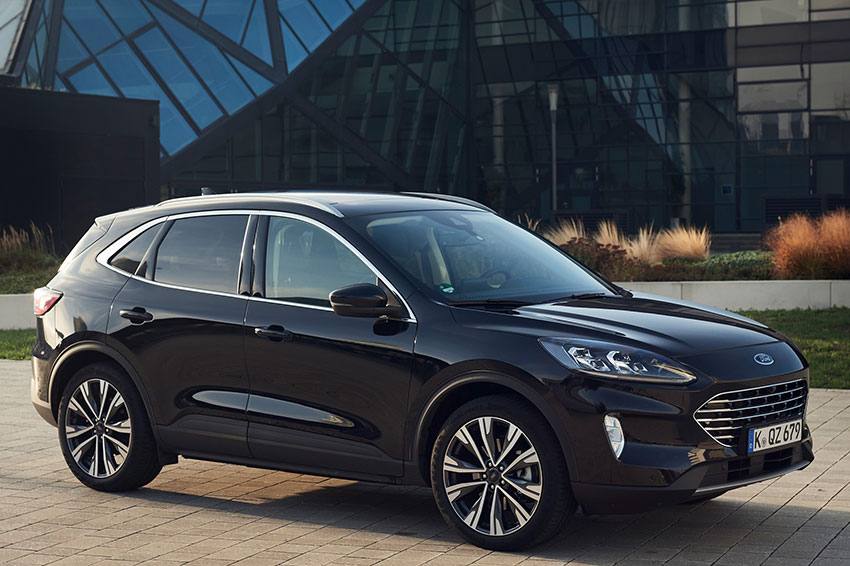 The Ford Kuga is a full hybrid electric vehicle, or FHEV.

Whether we like it or not, the stark reality is the world is moving ever-closer, and ever-more quickly, to full electric power when it comes to our cars, be that for the family or for work. But before committing to full electric, many buyersare opting for what could be deemed as something of a middle ground; a petrol-electric hybrid. No surprise then that Ford has just introduced FHEV versions of its versatile and commodious S-Max, and the Kuga SUV.

Ok, let’s rewind a bit: what’s a FHEV? That’ll be a Full Hybrid Electric Vehicle. Important to note that it’s not a plug-in electric vehicle. Instead both the S-Max and Kuga have been fitted with a 2.5-litre Duratec petrol engine which, combined with an AC synchronous electric motor, channeling the power — in both cases, a total of 187bhp — through a CVT transmission to the front wheels.

So, is it a ‘self-charging' hybrid?

You hit that nail on the head. That’s exactly what the FHEV is. Both models start silently on electric-only, but don’t expect much benefit of a significant electric-only range. That just isn’t going to happen. The electric motor is there more to assist the petrol engine, lightening its load to help boost efficiency. In fact it’s not long before the petrol engine kicksin. The reality is once you nudge past something akin to car park-pace, the petrol unit eases itself in.

That said, when it does — and again this relates to both models — the transition is smooth. There’s also a welcome refinement to the petrol unit which delivers enough punch when required and ensures longer journeys remain effortless. 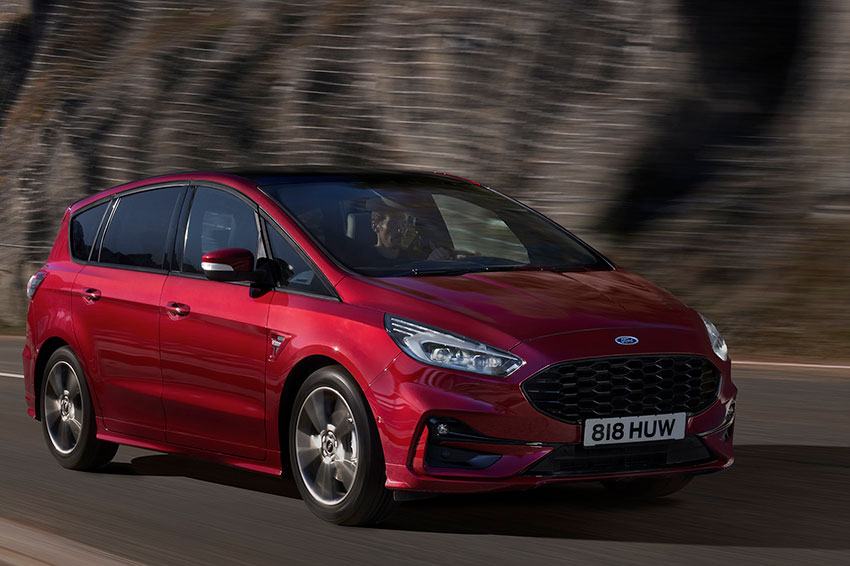 What about economy and performance?

This powerplant was created essentially to generate fuel saving. In many ways it’s intended to deliver close to diesel-like economy from a petrol engine. In the case of the S-Max (pictured above), the FHEV version can achieve 43.5mpg, a figure similar to that of the diesel. The Kuga does even better, hitting 49.6mpg.

As for performance? The S-Max (below) covers 0-62mph in 9.9secs, with the Kuga ‘out-sprinting’ it by 0.8s, stopping the watch at 9.1s. Worth putting that into context; neither car is exactly a lightweight. At 1947kg, the S-Max is almost two tons, while the Kuga is lighter on its tyres by tipping the scales noticeably lighter at 1701kg. 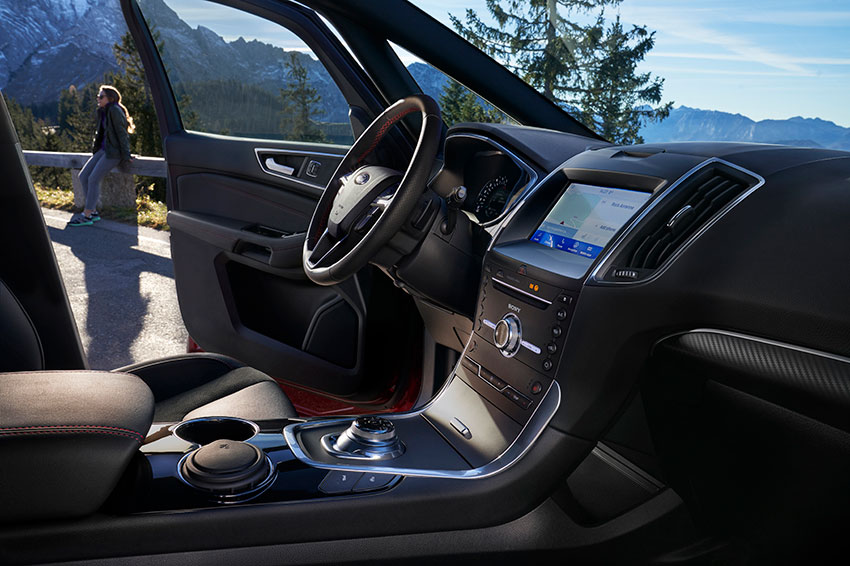 Definitely. Sure it’s been around for a while: it was first unveiled at the Geneva Motor Show back in 2006. But despite now being more than 15 years old, it still meets Ford’s preferred description of it as a Sports Activity Vehicle.

Capable of seating seven people, it baulks at the thought of being labelled an MPV. That badge is reserved for the larger, and less ‘fun-to-drive’ Galaxy. Packed with technology which would put some modern-day luxury saloons to shame, the S-Max remains a sporty, dynamic option when it comes to hauling the family and combined detritus around the country. 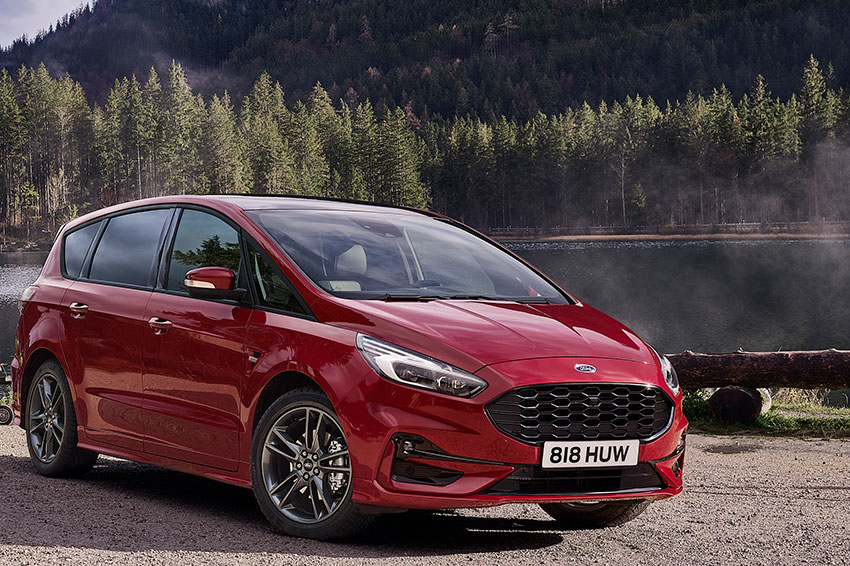 There’s no denying, for a family which doesn’t want to join the SUV bandwagon, the S-Max remains a competitive and versatile choice. Not only is it more spacious than a 4x4, but it’s cheaper to run … even cheaper now with the addition of the FHEV.

And what about the Kuga?

Now categorised as one of Ford’s ‘heartland’ models, this third-generation of the family SUV is definitely the best yet. No surprise that in May it was again in the Top 10 UK sellers, something the Ford Focus failed to do.

The FHEV models joins an already comprehensive range, including one petrol, three diesels (one of which is a mild hybrid), plus a plug-in electric. The range also includes the option of four-wheel-drive. 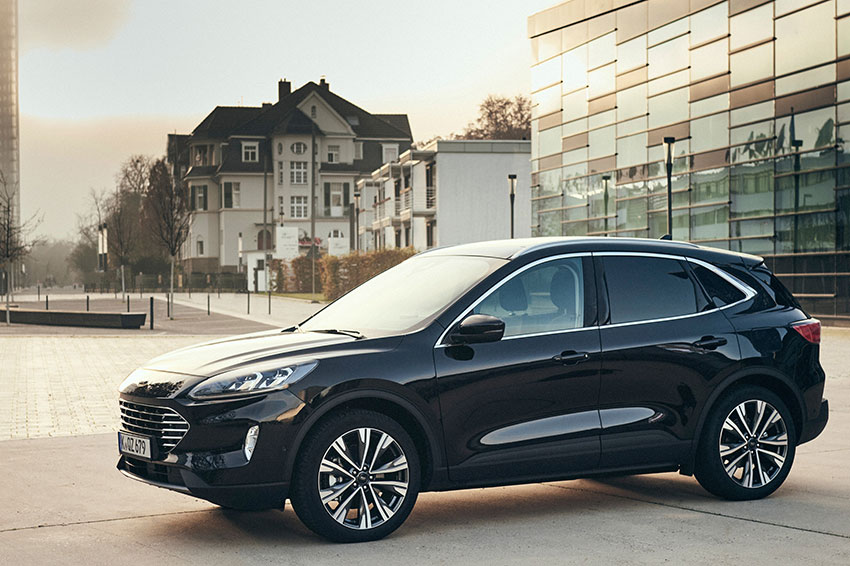 This 2021 model now enjoys eye-catching good looks allied to a decent level of standard kit and pretty rock solid safety tools. Throw in the fact it drives rather well too — in fact, the Kuga’s (pictured above) ride and handling are two of the car’s biggest attributes — and you can see why it’s in the UK Top 10.

And while the full S-Max range is available in three trim levels — Titanium, ST-Line and Vignale — and starts at £33,335, the Kuga has a more comprehensive offering of spec, starting with the £26,445 Zetec and rising through Titanium, ST-Line and ST-Line X Edition, before topping out with the luxury Vignale.

In adding the FHEV powerplant to the S-Max and Kuga, it certainly poses buyers an additional number of questions.

In terms of the S-Max, the result is a positive one. In being brave enough to continue with the ‘SAV’, the addition of the full hybrid version will ensure the S-Max remains on our forecourts for a good few years yet. And that, certainly is no bad thing.

The Kuga? If there is a weakness in the FHEV version, it’s how the CVT has a tendency to wail once it climbs to the top of the rev range. Sure it’s quiet when pottering around town, but wind it up along an A-road or on a motorway, and wailing starts … and remains until you lighten the pressure from your right foot.

The Kuga plug-in hybrid (below) is fitted with the same CVT system, yet strangely it somehow manages to contain the whining better. The PHEV is around £2900 more expensive than the FHEV, but if you can get the sums to work for you — and remember it falls into a lower tax bracket and enjoys a longer electric-only range — you may well find that’s the better option if you prefer a Kuga. 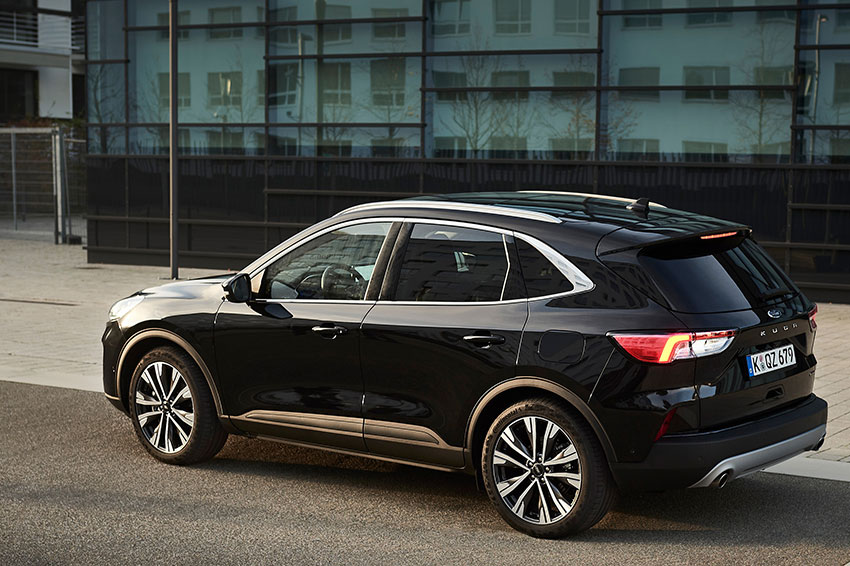