Let the good times roll in the Alpine A110, a sports car reborn. 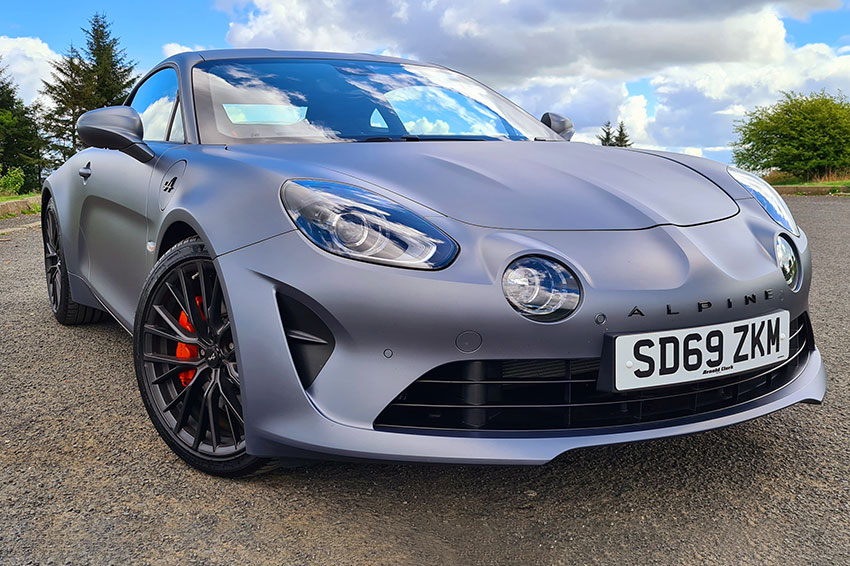 The Alpine A110: peak sports car

With some French flair and joie de vivre, the Alpine brand stretches back decades. Yet, despite its sleek design, sports coupé history and rally pedigree, to those who aren't car enthusiasts, the Alpine name might not register as much as it deserves.

Ever since Jean Rédélé's vision was brought to life in 1955, the Alpine brand (pronounced Al-peen) has been synonymous with sports coupés, none more so than 1962's original A110 model. Styled as a "Berlinette", it defined the post-WWII era as a sporty, low profile, two-door coupé.

Having been dormant for several years, parent company Renault, decided to revive and re-energise the legendary Alpine brand in 2014. Its main focus – to make a lightweight, compact two-seater engaging sports car. In doing so, it was only a matter of time before it started rivalling more prestigious sports coupés and taking on the competition. 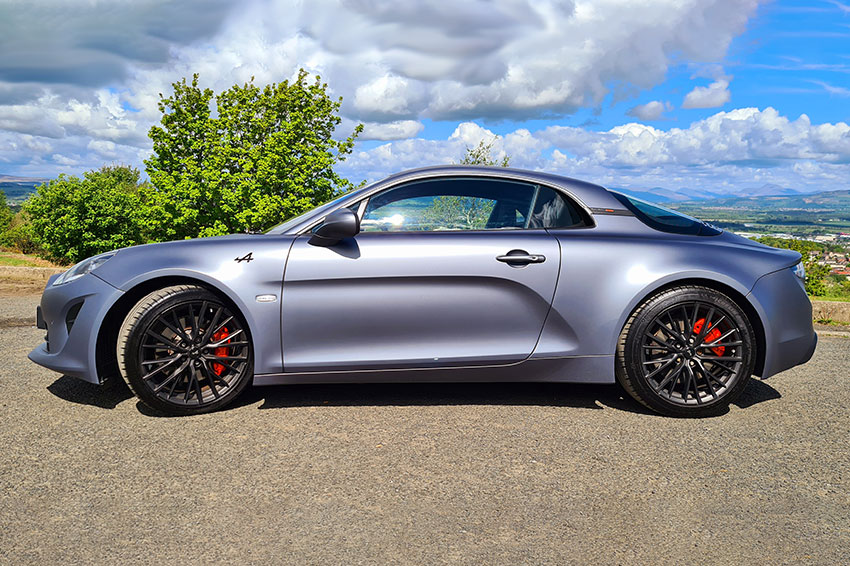 Not only does the latest Alpine A110 capture the magic of the 1960s original in terms of design, but it also embodies much of the original driver focused ethos too, and then some. It's a true driver’s car. In fact, due to its bespoke package and rarity on the roads, you almost feel part of an exclusive club. Make no mistake, this is an understated and underrated sports coupé.

With its sleek French design, such as C-pillars adorned with the French flag, the beautifully crafted A110 oozes style, charm and appeal. Its lightweight aluminium body with its modest mid-engined 1.8-litre turbocharged, four-cylinder petrol powertrain, feels more powerful than it ought to be. There's only one engine option, albeit tuned slightly differently across the range. Depending on whether you go for the base model or sportier 'S', the seven-speed dual clutch Gertrag automatic gearbox helps produce respectively 249bhp or 288bhp, with 234lbs of torque, emissions at 138g/km and boasts 0-62mph in 4.4 seconds, with a limited top speed of 155mph.

Thanks to its lightweight structure, only 1,100kg, you're likely to return an impressive low 40s mpg, which is considerably better than its rivals. Put it in 'Sport' mode and it will hit low 30s.

Mounted directly behind the passenger compartment and powering the rear wheels, the engine is tuned to continue pushing forward forcefully even at very high speeds. It is a nimble and responsive unit which adroitly handles anything thrown at it, largely due to its low weight. The double wishbone suspension aids in engagement, with the flat underbody making the car stable at speed, as well as the mid-engine assisting in excelling balance. 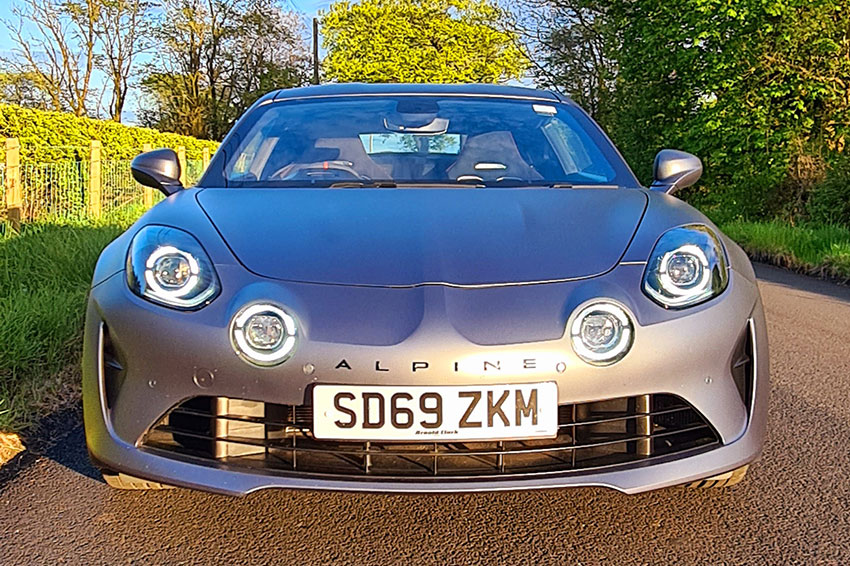 The A110 strips away distractions, keeping creature comforts to a minimal, thus making way for serious driving enthusiasts to enjoy a pure and immersive driving experience. With its reduced weight, comfortable, everyday use is still achieved. Because it doesn't have much weight to shift, the A110 has surprising acceleration with nicely spaced gearing ratios – whether you keep it in auto mode or use the steering wheel mounted paddle shifts.

Despite the engine being directly behind you, noise is almost non-existent. In fact, the insulation is so good that the only noise you hear are the tyres and the sports exhaust sounding as you accelerate. There are three settings: 'Normal', 'Sport' and 'Track', each tweaking the set-up of the car by sharpening the engine and gearbox, steering, suspension and exhaust. It’s effortless in its precision, delivering a composed drive no matter the road surface or conditions. Thanks to excellent suspension and poise, the ride quality is refined. 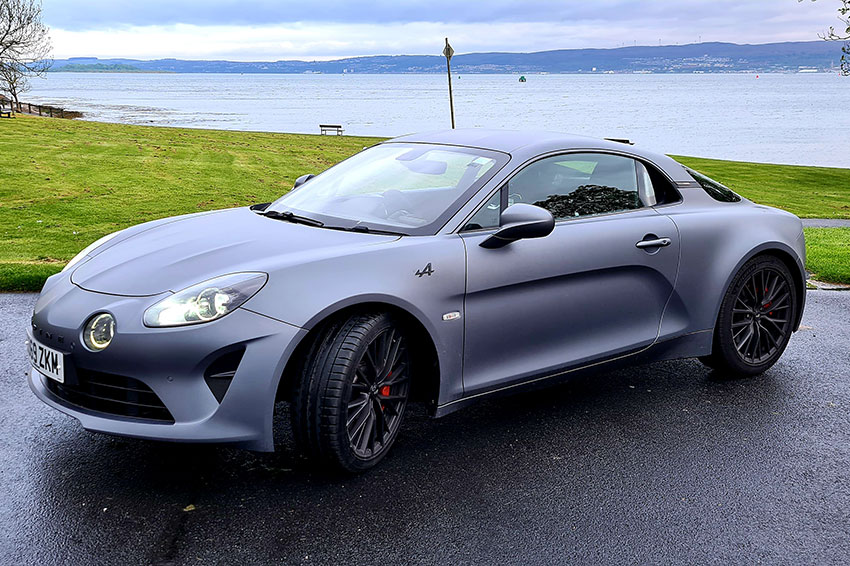 Two-seater coupés aren't always renowned for their practicality and space, however, despite the A110 being aesthetically small - under 4.2. metres long and 1.8 metres wide, the car is deceptively big inside. The caveat being boot space is at a premium, with a shallow 100-litre boot at the front and slightly deeper 96-litre boot at the rear.

The superbly shaped bucket seats are exceptionally comfortable and practical, and as such, they aid in offering a great driving position, giving you confidence behind the wheel.

A nicely trimmed cabin space and tech greet you, with every model offering digital dials, which change in appearance according to chosen driving modes, and the slightly raised centre console gives a sporty touch. All models come with a seven-inch touchscreen infotainment system as standard as well as sat nav, Bluetooth and DAB. 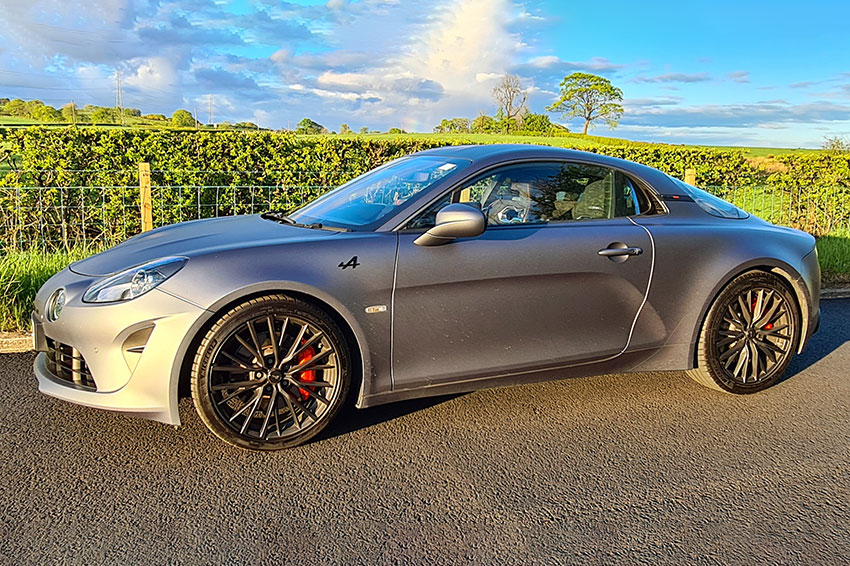 The cabin doesn't have the premium feel of some competitors, but it does have simplicity and practicality, and sometimes, that's what people are looking for in a no-nonsense sports coupé.

The current A110 line-up consists of: Pure, Légende, S (and soon to be limited edition Légende GT).

Residual values on the A110 remain strongly placed, with a three-year, or 60,000-mile, warranty available.

The Alpine might not be a brand your familiar with, but the A110 does things differently from the competition, and I, for one, commend it. It's a genuine sports coupé in every sense of the word. 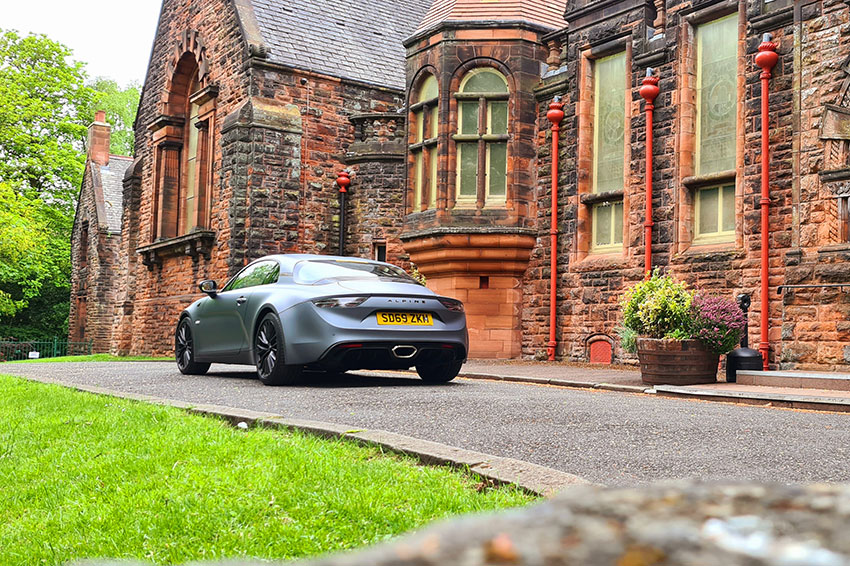