The top 10 craziest car laws in the world

We’ve rounded up the most mental motoring rules out there and some of them are downright unbelievable! 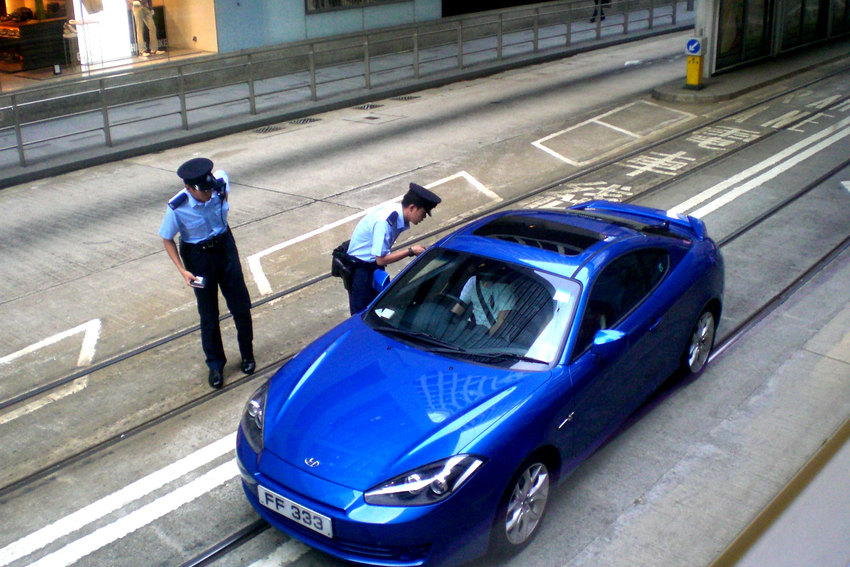 There are lots of crazy things you can get stopped for around the world.

In Costa Rica it’s perfectly legal to have a cold beer in one hand and your steering wheel in the other – provided you don’t wind up drunk! If there’s more than 0.05% alcohol in your blood you’ll be facing a hefty fine. Costa Rica is also notorious for its curvy, poorly marked, flooded, pothole-laden roads so we think we’ll pass on that one…

2. Russia – Your car must be clean

You better book in for that valet if a trip to Russia is on the cards as dirty cars can warrant fines. Keep it clean and shiny to avoid shelling out up to 2,000 rubles – around twenty quid.

3. Germany – Fuel on the Autobahn

Ensure your tank is topped up before speeding down the world-famous Autobahn as running out of fuel is a finable offence. German law deems it illegal to stop unnecessarily on the Autobahn and since you could have avoided it, you’ll be in trouble. So, don’t get lazy, get fuel!

Here in Britain when we sit our driving tests they check our sight by asking us to read a license plate around 20 feet away. In Spain, they take it a little more seriously and you could be fined if you don’t have a spare pair of glasses or contact lenses in your car, should anything happen to the ones on your eyes already!

If you’re a helpful driver who politely beeps at those who have left their lights on, your services will not be required in Sweden. It’s the law that everyone must have their headlights on when driving at any time of the day – even in June when there is barely any darkness.

6. Thailand – Only the car can be topless

Driving without wearing a top can result in a fine up to 200 baht (about £4), granted not a high amount, but it’s worth keeping your top on to prevent any problems when driving in Thailand.

The law in some states in the US means that driving too slowly can warrant a ticket. It carries the same penalty as speeding or driving dangerously would, you would be fined, it is recorded and could impact on your insurance.

8. Switzerland – You cannot wash your car on a Sunday

Washing you car on a Sunday is prohibited due to anti-noise pollution laws and pressure washers are banned all together.

Legislation in Germany was changed in 2010. So it is illegal to drive without winter tyres at certain times of the year and in wintery conditions in Germany and other European countries. If your vehicle becomes stuck due to winter weather conditions and you don’t have winter tyres fitted then you could be fined.

10. Cyprus – Food and drink not allowed

Eating and/or drinking, even the soft stuff, while you’re driving is illegal in Cyprus and if caught you could be fined around €85.

Although some of these laws might sound strange to you, when planning on driving abroad you should always do your research. You should find out what the dos and don’ts of that particular country are before you plan on driving there.

7 silly reasons to stop on the hard shoulder