Wimbledon 2015 car partner, Jaguar, serve up their vehicles as the Official Car of Champions. 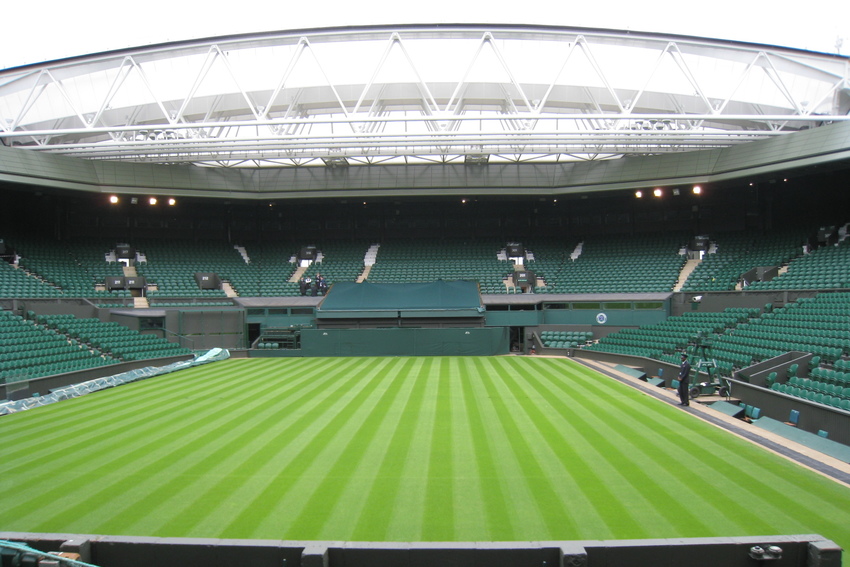 It’s that time of year again, time to open the punnet of strawberries and peel open the cream. Yes. It’s Wimbledon. Where apparently 142,000 portions will be sold at the All England Club, 500,000 people watching the on-court action and 170 Jaguar cars will be delivering stars to the courts.

As the official vehicle supplier Jaguar announced their partnership at an event back in April by brand ambassador José Mourinho. The cars being used during the tournament are the XE sports saloon, XF Sportbrake and XJ models.

A rival to the BMW 3 Series and Audi A4, the XE features an eight-speed automatic gearbox, emits 209/g/km and offers 67.3mpg. It can reach 0–60mph in only 7.4 seconds. The roofline has been designed so there is enough room for tall passengers, even John Isner at 6ft 10 will have enough legroom.

This luxury estate is a rival to the Mercedes E-Class Estate and the BMW 5series Touring. It’s diesel only engines come alongside an eight-speed automatic gearbox. There is plenty of room in the rear for passengers thanks to its lengthened roof, the doubles players will be happy to hear.

The XJ has been compared to the Mercedes S-Class or the BMW 7 Series. It is a fantastic looking car that drives smoothly, with the most popular engine in the UK being the 3.0-litre V6 that gives 275bhp does 0–60 in 5.9 seconds and a maximum speed of 155mph, matching Andy Roddick’s fastest recorded serve in 2004 at the Davis Cup.

‘Wimbledon is a British icon, which is recognised globally as the pinnacle of international sport. There’s no other event like it.

‘The tournament captures our imagination in different ways. For some it’s the feeling of summer, but for others it’s British sport at its best. We’re very excited to be working with The All England Lawn Tennis & Croquet Club to establish our new partnership and celebrate what makes Wimbledon so special.’

Maria Sharapova provided a bit of competition off the court, as a global brand ambassador for Porsche, she arrived at the annual Women’s Tennis Association’s pre-Wimbledon Party in the brand’s Boxter Spyder.