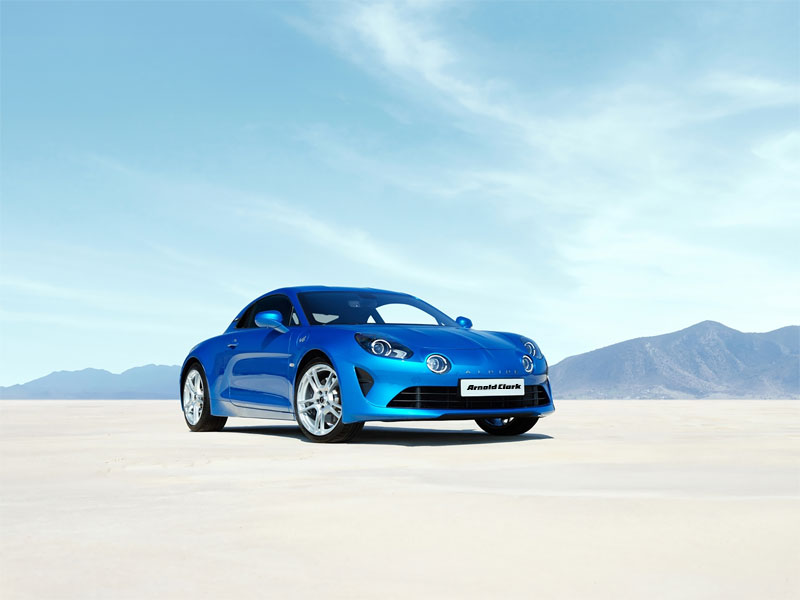 Sportscar enthusiasts will welcome back the Alpine brand and its first credible modern-era contender, the A110 coupe. Jonathan Crouch reports.

Alpine is a name you might dimly remember. A French sportscar manufacturer long forgotten. Except that it's back. And this Renault-owned brand is gunning for class-leading performance coupes like Porsche's 718 Cayman and BMW's M2 with this car, the A110.

Alpine has quite a history. So much so in fact that you might wonder why it took Renault so long to reinstate the marque in the sportscar sector. Founder Jean Redele created the marque to build lightweight, compact, highly agile sportscars, but the company has also been highly instrumental in Renault motorsport success, the Alpine-Renault team claiming the World Rally Championship manufacturers' title in 1973. In more recent road car terms, there's been little that's been properly Alpine-badged since the sleek GTA coupe of 1985, but in 2012, a joint venture with Caterham Cars was hatched to revive the brand. It was based around creating the design you see here, but Caterham pulled out of the project in 2014. Leaving Alpine to complete the task of bringing what has become this A110 model to market. Here, we take a look at the revised range.

All A110 variants get a 1.8-litre turbocharged four cylinder engine mated to a quick-shifting 7-speed paddle-shift Getrag dual-clutch auto gearbox - there's unfortunately no manual option. The standard model offers 252hp, but you can also consider pricier 'GT' and more driver-focused 'S' and 'R' models, both of which use the same engine tuned out to 300hp. These top versions get a sports exhaust so you can hear it better and the 'S' and more lightweight 'R' feature a Sport chassis with recalibrated anti-roll bars and 50% stiffer coil springs. Across the range, as you'd expect, there's a driving modes system offering Normal, Sport and Race options. As for the figures, well rest to 62mph occupies 4.5s in the standard model (it's 4.2s with the 300hp variants) on the way to the 170mph top speed that all A110 models share. By comparison, a Porsche 718 Cayman manages 5.1s and 171mph. The aluminium body has a low centre of gravity - there's a near-perfect 44/56 front-to-rear weight distribution - and doesn't need the broad tyres that some rivals depend on for cornering vim. In the 'S' model, there are hollow lightweight anti-roll bars instead of solid heavy ones - one reason why the kerb weight of this car can dip beneath the 1,150kg mark. Armed with this information, you start to understand why the performance of this car betters its Cayman counterpart, even though this Alpine engine's output is much lower.

The A110 is based almost completely on the Alpine Vision concept car that the brand showed to the press in Monaco back in 2016. It's an attractive, distinctive thing, though inevitably perhaps, not quite as eye-catching as the model that inspired its badging, the A110 Berlinette of 1969, styled by Giovanni Michelotti and recognised widely as one of the most beautiful sports cars of all time. But back to the present. The bodywork of this modern day A110 is entirely constructed from aluminium And inside, well like most mid-engined sports cars, this one is a strict two-seater. You get a couple of deeply-bolstered sports bucket seats upholstered in leather and alcantara and finished with evocative blue stitching. Cabin quality is better than you might think given the Renault heritage. True, there are Renault switches and controls deployed in certain places but that's all been done quite tastefully. There are two flat screen TFT displays, one viewed through the wheel - a 10-inch screen for the instrument gauges. The other 7-inch monitor is in the centre of the dash for the navigation and telematics. As for practicalities, there's a 100-litre boot in the front and another 96-litre boot area in the rear.

Pricing starts at just under £50,000 for the standard 252hp model: you'll need just under £60,000 for the two 300hp variants, the plusher 'GT' or the more focused 'S'. Finding a car to try might be a challenge: there are only a handful of Alpine dealers in the UK - all large Renault dealer group outlets. All A110 models get a driving mode selector with three options: Normal, Sport and Race. In terms of specific spec, the base variant has adjustable sports seats trimmed in microfibre and leather, plus 17-inch light-alloy wheels, air-conditioning, an Alpine multi media system and front and rear LED lighting. To this, the 'GT' adds adjustable leather 'Comfort' seats, a sports exhaust, a special Alpine chassis, a high performance Brembo braking system and specific bi-colour 'Legende' 18-inch wheel rims which pay tribute to the original motif of the A110 Berlinette 1600S. The 'GT' also gets Park Assist with front and rear sensors and a rear-view camera. The track-focused 'S' versiomn has a stiffer Sport chassis, and Sabelt Sport race-style seats in black microfibre with leather with orange over-stitching.

So to the figures. Alpine quote a combined consumption figure of up to 33.6mpg on the combined cycle for all three variants and a CO2 emissions reading of up to 152g/km. A rival Porsche 718 Cayman 2.0 manages 38.2mpg and 168g/km. Helping the Renault-derived product is the fact that it weighs from under 1,150kg. Of course, if you drive this A110 in a typical manner, you'll get nowhere near the quoted figures. As with most models in the class, you'd struggle to achieve 30mpg on a regular basis, which would mean a real-world range of around 280 miles between fills of the 45-litre fuel tank. Depreciation of course will be a key consideration with an unknown brand. Rarity should help here though - and that classic Alpine heritage. Industry experts reckon that after three years of ownership, this A110 should still be worth around 55% of what you originally paid for it. That gets within 5% of what you'd get back from a rival Porsche 718 Cayman, which isn't a bad showing. All A110 variants have a 3-year/60,000 mile manufacturer's warranty, which can be extended to four or five years. Maintenance packages are also available.

In some respects, we've been here before. In 2013, Alfa Romeo launched a hand-built sportscar in this same sector called the 4C. It looked great on a motorshow stand, performed brilliantly on paper but ultimately rather lacked something on the road. From the outset, we wondered whether this A110 model was headed in a similar direction. Fortunately though, the effort put into tarmac R&D dynamics seems to have been much greater in this case. The few prepared to consider this car should find that on the road, it responds in a way that Alpine founder Jean Redele would have very much approved of. If you're about to sign for a Cayman or an M2, hold off until you've tried one of these first. 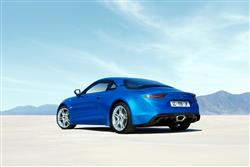 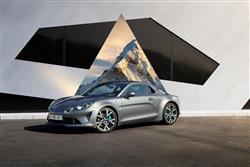 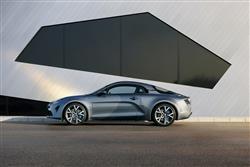 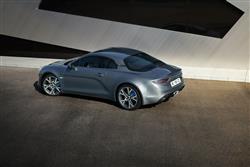 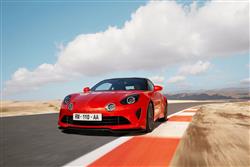 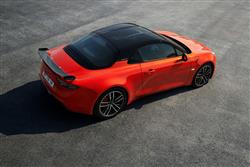 This vehicle is available at Alpine branches.