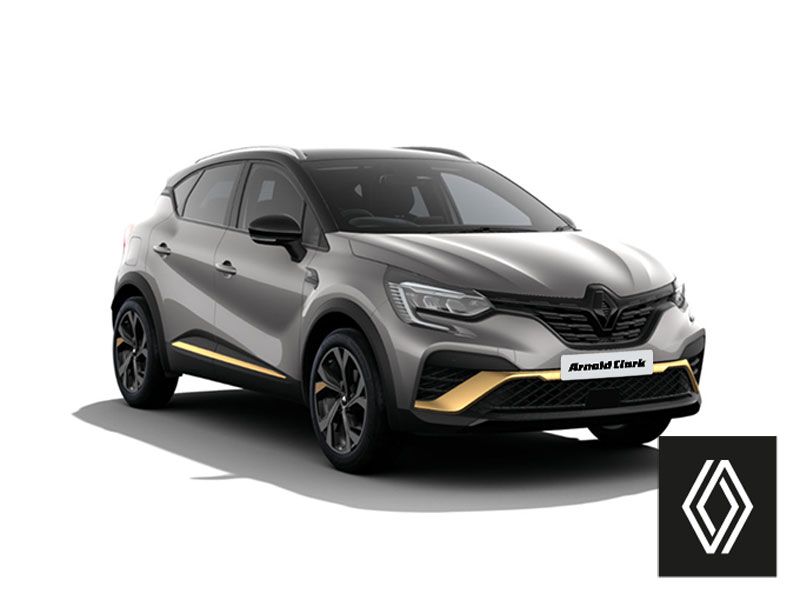 Available at Renault branches
Only £28,593 Save £102 on current list price
£385 Deposit
£385 Per month
Available to pre-order
Enquire now
WhatsApp

Having brought us a Plug-in version of its Captur small SUV, Renault completed the E-TECH part of this compact crossover model's range with this self-charging HEV 145 version. You do without the PHEV variant's 31 mile electric driving range and super-low Benefit-in-Kind taxation exposure, but there's a big price saving to compensate and a more real-world-achievable set of efficiency stats.

Almost un-noticed was Renault's decision at the end of 2020 to dump all the dCi diesel versions of its Captur small SUV in preparation for the launch of this model, the Captur E-Tech Hybrid 160. Unlike its PHEV stablemate, this self-charging HEV model sells for diesel variant money and will cost a lot less than a black pump-fuelled small SUV to tax. While delivering very similar fuel and CO2 efficiency figures. Advantages over the PHEV variant include a huge £5,000 price saving and a much larger boot. We suspect that this lighter HEV derivative might sometimes be more frugal to run in the real world too. And you don't have the hassle of having to continually plug it in.

Here, Captur customers are offered a 'self-charging' full-Hybrid unit like that in rival Toyota C-HR or a Hyundai Kona Hybrid small SUV models, so it can, for very short periods, run independently on full-electric power (unlike the 'mild hybrid' engines you'll now find in quite a few of this car's small SUV rivals). Renault makes much of the way the design of this car's engine borrows from its F1 racing technology. Like the brand's racing powerplant, this one is extremely compact and features two electric motors, one with 36kW on the rear of the gearbox and one with 15kW on top of the transmission, along with a four-cylinder 1.6-litre normally aspirated petrol engine which contributes most to the 145hp total output. The gearbox is an auto of course (but of the more unusual 'dog box' clutchless variety) and the motor is powered by 1.2 kWh lithium-ion battery pack located beneath the boot floor. The rest of the drivetrain has somehow been shoehorned beneath the bonnet. There's plenty of mid-range pulling power, so plenty of scope for enthusiastic progress here, particularly if you select the most dynamic of the three drive modes on offer - 'Sport'. But you're not going to want to use that too often for fear of decimating the frugal fuel returns which would have prompted you to choose this car in the first place. For the best readings, you'll most of the time want to stay in 'MySense', a hybrid setting which blends the petrol and electric motor output for maximum economy. In town, you might want to select the 'Pure' mode (or the 'EV' button on the centre console) which prioritises battery-electric drive up to about 38mph, providing there's sufficient charge. Renault claims that a Captur E-Tech Hybrid will be able to travel for 80 per cent of urban journeys on battery power alone. There's also a further 'Brake' setting on the gear lever, which increases throttle lift-off electrical regeneration.

Apart from E-TECH badges on the B-pillars and the tailgate, there's very little to identify this E-TECH Captur model apart from its more conventional stablemates. It looks pretty smart too, a typical mid-range 'Techno'-trimmed variant featuring 18-inch Pasadena diamond cut alloy wheels, roof bars, two-tone exterior paint with a contrasting roof colour and full C-shape LED front signature lighting for the daytime running lamps. At the rear, there's a smart set of C-shaped LED tail-lamps. Inside, changes over a conventional Captur are limited to an E-Tech badge on the dash and a centre console EV button. There's grey cloth upholstery with synthetic leather and grey stitching and what Renault calls a 'flying console' with an 'e-shifter' for the auto gearbox. This Hybrid model gets the brand's 7-inch TFT Driver information display digital instrument binnacle screen too. And there's a portrait-style centre infotainment touchscreen display that's also 7.0-inches in size and is of course smartphone 'Apple CarPlay'/'Android Auto'-compatible. A couple of adults can be reasonably comfortably accommodated in the rear, which features the usual Captur sliding bench. And cargo capacity is much less affected by the HEV powertrain than it is by the PHEV set-up; think in terms of around 326-litres of boot capacity, which compares to 422-litres for the conventional Captur but just 265-litres for the Plug-in version. Push forward the rear bench in this Hybrid model and the cargo area is extended to 440-litres. Fold flat the rear bench and the cargo area is extendable to 1,149-litres.

From launch, there was a choice of three Captur E-TECH Hybrid 145 trim levels - 'Evolution', 'Techno' and 'R.S. Line'. Pricing starts from around £25,000 and stretches up to just under £28,000. That's about £5,000 less than an equivalent Captur E-Tech Plug-in Hybrid 160 model. You don't get as big an EASY LINK central screen as you do on the Plug-in variant - this one's just 7-inches in size. But it's still your access point for 'Apple CarPlay'/'Android Auto' smartphone-mirroring, a DAB tuner and Bluetooth audio streaming. 'Always-on' 4G connectivity supports automatic updates from Google, TomTom and Coyote, ensuring that this media platform is always up to date. We detailed some of the equipment features of mid-range 'S Edition' trim in our 'Design' section; you also get an auto-dimming rear view mirror, an electronic parking brake with an auto-hold function, a wireless 'phone charger and Renault's 'MULTI-SENSE' package which offers this model's three driving modes and eight ambient lighting settings. Plus various core Captur features - things like full-LED headlights, power-folding heated mirrors, tinted rear windows and a Thatcham immobiliser, along with 'RAID' 'Renault Anti Intruder Device' automatic locking.

You're not going to be able to go very far on all-electric drive in this Captur Hybrid, but that's not the point of the HEV powertrain. Instead, it's there to constantly cut in and out with battery power at urban speeds. The result may not be the 3-figure WLTP-rated combined cycle fuel figure achieved by the PHEV variant, but we'd suggest that this Hybrid 145 model's official 58.9mpg figure is far more real-world achievable, as is its quoted 108g/km CO2 reading. You can see why Renault no longer offers a Captur diesel. There'll certainly be a lower BiK tax rating than the one which would apply to a conventional petrol Captur (26% as opposed to 31%). Of course, official figures are one thing; actual day-to-day returns are another and mindful of this, Renault has provided a variety of e-driving tools to enable Captur Hybrid drivers to get as close as possible to the stated readings. As you drive, you'll need to keep a close eye on the central dial, keeping its needle as often as possible in the 'Charge' rather than the 'Power' section. You'll also want to make use of the piano key-style EV drive mode button below the central screen. This is for slow town traffic and when activated, it prioritises battery-electric drive up to about 27mph, providing there's sufficient charge. Renault reckons that it should be possible for a Captur E-TECH Hybrid 145 owner to drive around town at low speeds in all-electric mode for 80% of the time. On the open road, remember to switch the auto gear lever to its 'B' position so that you can maximise regenerative brake energy harvesting and so preserve battery charge.

We commented when testing the PHEV version of this car that we'd struggle to recommend it though, over this self-charging HEV variant. Compared to a Plug-in Captur, here you get a much larger boot and a significantly lower price. And unless the PHEV model's Benefit-in-Kind tax savings are really significant for you, you'd need a very dedicated charging regime to make the running costs of the Plug-in version massively better those of this self-charging model. And in summary? Well you could either see this as a small SUV with needlessly expensive technology. Or wonder who wouldn't want a small, economical little crossover borrowing its transmission and motor technology from the most up-to-the-minute thinking in F1. In short, there's a lot to like about what Renault's served up here. 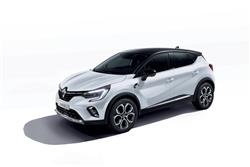 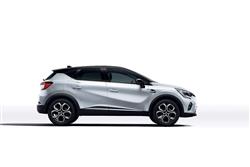 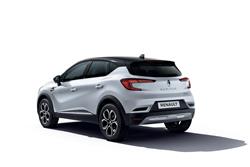 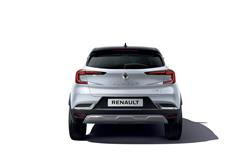 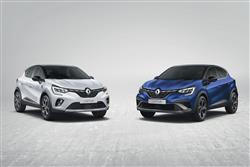 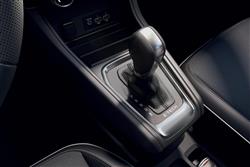