With Met Office weather warnings issued for lightning storms, we provide a comprehensive guide to staying safe on the road in this hazardous weather. 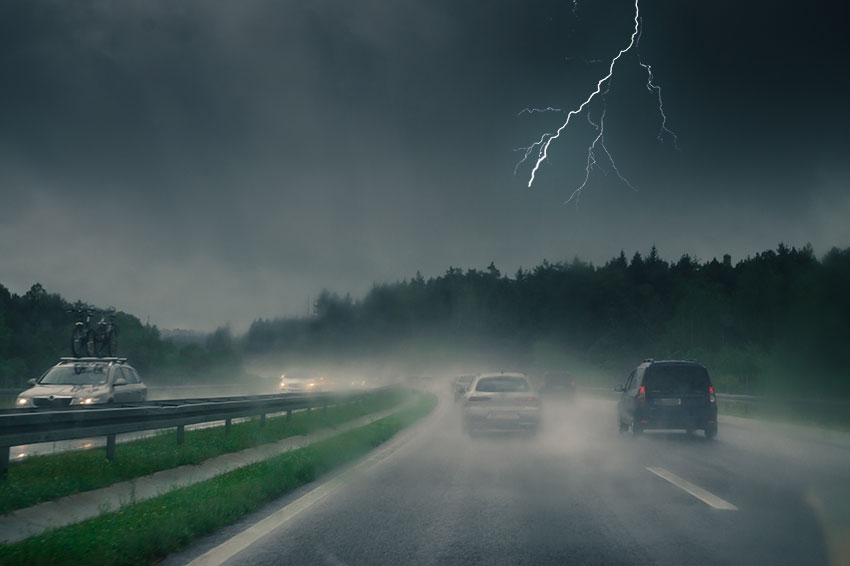 The current heatwave has brought some spectacular thunderstorms and lightning with 1,500 strikes across Scotland in just one night. And it shows no sign of ending with the hottest day for on record coming this Thursday. With this in mind, we take a look at how to stay safe during the extreme weather. The Met Office has issued a Yellow National Severe Weather Warning for thunderstorms and long spells of rain across much of the UK for Thursday night into Friday. The yellow warning predicts potential delays to train and bus services and a small chance that homes and businesses could be damaged.

Temperatures are likely to peak on Thursday with 39 °C possible in southern and eastern England, and cooler weather expected on Friday. #heatwave pic.twitter.com/oTmS3X7H7H

Where is the safest place to be during thunderstorms and lightning?

Don’t worry if you’re stuck in the storm while driving, a car can be really safe place to be.

Can you still be struck by lightning in a car?

Yes You can still be struck by lightning in your car, but you're protected from it. Contrary to popular belief, the reason for this isn't because cars have rubber tyre that insulate you from the ground.

According to the USA's National Lightning Safety Institute:

‘Rubber tyres provide no safety from lightning. After all, lightning has travelled for miles through the sky: four or five inches of rubber is no insulation whatsoever.’

The reason you're protected in a car during a lightning storm is actually because the car acts like a Faraday cage.

How does a Faraday cage protect you from lightning?

Electrical currents are generally carried on the outside of conducting objects. Anything inside the conducting object (the cage) will be protected from the external electrical current. The same holds true for lightning when it strikes metal vehicles – the outer surface carries most of the electricity. Faraday cages are named after the English scientist Michael Faraday, who first observed the effect in 1836.

Are you completely safe from lightning in a car? 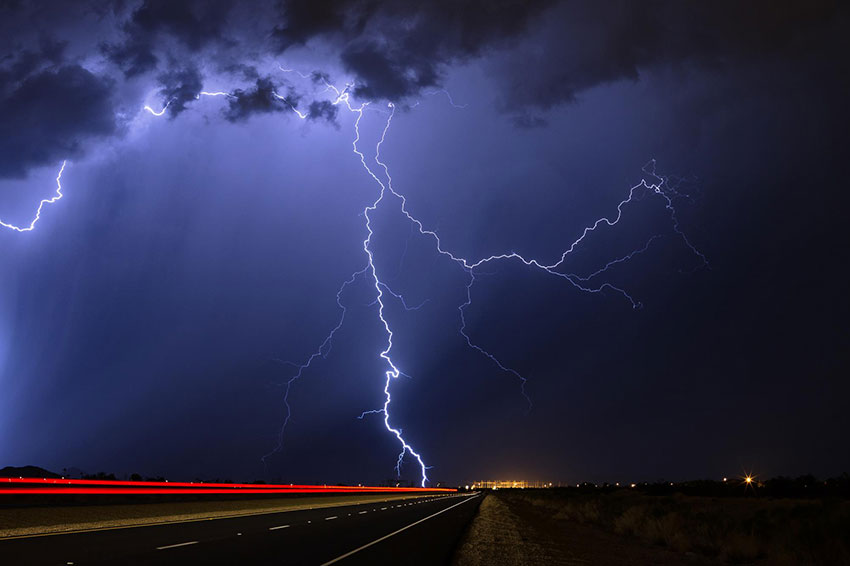 As long as your car is of conventional metal construction, you can be. Here's how to stay protected in your car during a lightning storm.

A complete metal shield is necessary for full protection – so if you're stranded during a lightning storm, take cover inside a car with the windows wound up.

The USA's National Lightning Safety Institute also recommends pulling off to the side of the road in a safe manner, turning on the hazard lights, turning off the engine, putting your hands in your lap, and waiting out the storm. This is probably only required in the most extreme conditions.

The Royal Meteorological Society states that:

‘Ninety per cent of lightning discharges go from cloud to cloud or between parts of the same cloud, never actually reaching the Earth [and] most of the discharges that do strike the ground cause little or no damage or harm.’

What happens when struck by lightning in your car?

Back in the day, the Top Gear team created an experiment to find out what it would be like if you were struck by lightning while in your car. Richard Hammond was hit by 600,000 volts of nature’s finest while sitting in a Volkswagen Golf. Watch the video to see exactly what happened…

View 7 ways to stay cool in your car