Why Volvo gave away the patent for their most important invention

The life-saving three-point seat belt was too significant not to share, according to Volvo 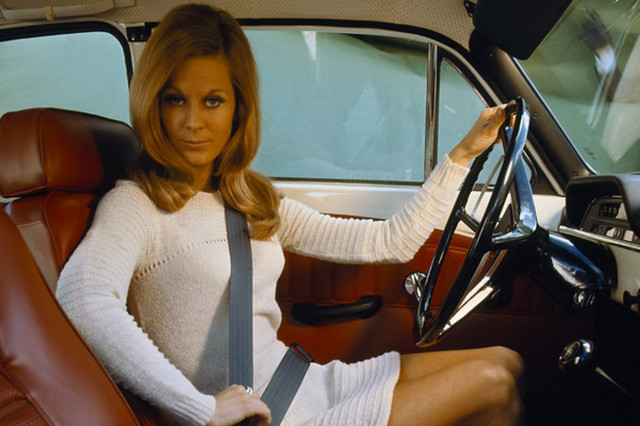 Volvo opened up the patent for the three-point seatbelt, which has now saved over 35,000 lives. Photo courtesy: Volvo

Nils Bohlin, an engineer at Volvo, invented the three-point seat belt in 1959. The 1950s were a time when pilots and racing drivers wore harnesses, but seatbelts – where they were fitted in cars – took the form of a rudimentary two-point waist restraint. In crashes, sometimes these did more harm than good.

The reason the three-point seatbelt is so widely adopted is actually because Volvo opened up the patent so that any car manufacturer could use it in their design. They decided that the invention was so significant, it had more value as a free life saving tool than something to profit from.

Volvo’s managing director Alan Dessell is quoted as saying: “The decision to release the three-point seat belt patent was visionary and in line with Volvo’s guiding principle of safety.”

The man who saved a million lives 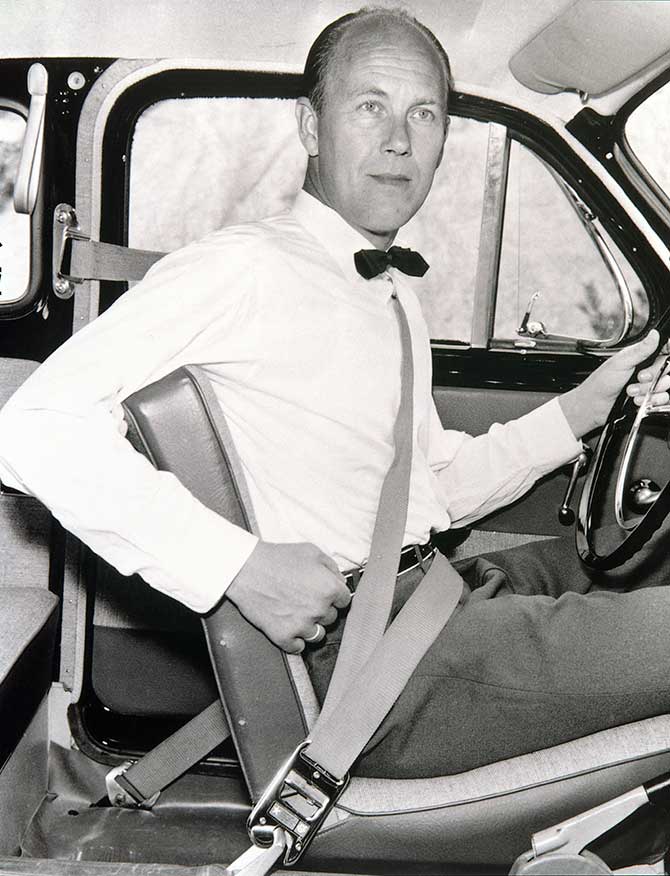 Nils Bohlin, inventor of the three-point seatbelt, received a gold medal from the Royal Swedish Academy of Engineering Science in 1995 and, in 1999, was inducted into the Automotive Hall of Fame.

Bohlin, a former aviation engineer at Saab who worked on ejector seats, knew an effective belt must absorb force across the body yet be so easy to use even a child could buckle up. His ingenious solution took the form of a combined lap belt with a diagonal belt across the chest. He anchored the straps low beside the seat so the geometry of the belts formed a “V” with the point directed at the floor. That design meant the belt would remain in place and not shift under a load.

According to the latest figures released as part of celebrations surrounding the 50th anniversary of the invention of the three-point seatbelt, it has saved a million lives across the world and prevented even more serious injuries. Reducing your chance of injury or death by at least 50 percent in the event of a collision, it remains the most successful contribution to safety in the history of motoring.

Every car manufactured today uses three-point seat belts... and it all started with a Volvo PV544 delivered to a dealership in the town of Kristianstad, Sweden.