Why is my suspension creaking?

Those squeaking sounds could be the sign of a bumpy ride ahead. 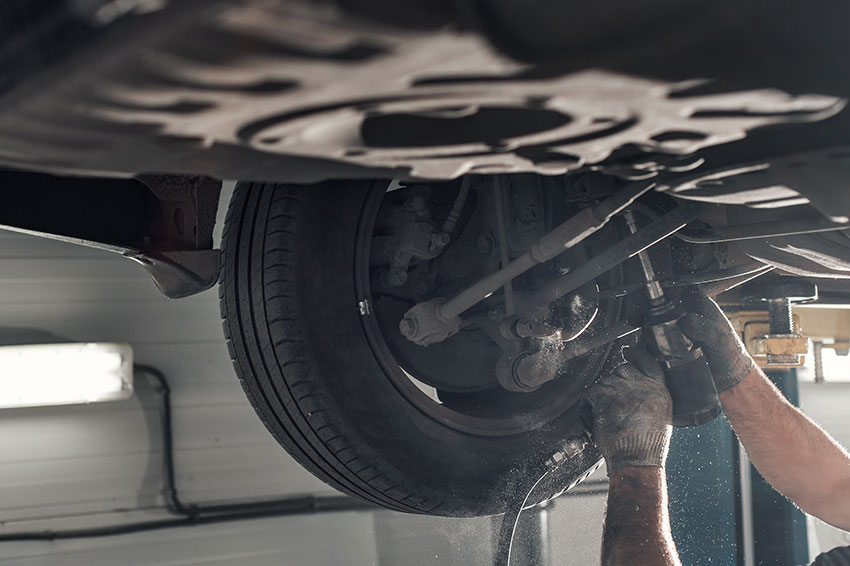 A squeaking sound could indicate a serious problem with your suspension.

Squeaking or creaking noises from your suspension can be annoying but they could also be a sign that there’s a problem developing with your car. If you’re distracted by sounds when you move over uneven surfaces or speed humps, you might be in for a bumpy ride.

How does suspension work?

Your suspension is designed to provide a more comfortable ride without compromising on handling, while maximising the friction between the road and tyres during acceleration, cruising and braking. The suspension system absorbs the shocks and vibrations that are inflicted on the wheels – by bumps, humps, potholes and general imperfections in the road – without passing any further reverberations onto the frame of the car and in turn, its passengers. It also works to keep the car on an even keel when cornering.

A suspension system is comprised of a series of components that connect the main body of the car to the tyres and allow relative motion between them in order to provide a comfortable ride. There are two main types of suspension – dependent, which features a fixed axle (meaning the movement of one wheel will impact that of the other) and independent, where each wheel can move independently. Despite the many variations, all suspension systems feature the same three major components.

While there are a few different types of suspension springs (historically, leaf springs were common) most cars today use a steel coil spring. As the wheel moves down, the spring is compressed, and when the wheel moves up, the spring is stretched out. This movement absorbs the energy of any bumps on the road.

While the springs absorb kinetic energy when compressed, a shock absorber, more correctly known as a damper, is used to dissipate this energy by converting it into another form, most commonly heat. As the spring decompresses, that potential power is converted into kinetic energy. The shock absorber takes some of that energy and converts it into heat. Inside a shock absorber is a piston which moves as a tube filled with oil. The movement of the piston forces the oil through holes and valves to control the resistance of the movement, converting it into heat. If your shock absorbers are worn or damaged, you’ll experience far more bounce when you go over a bump because the springs don’t have anywhere else to release that kinetic energy.

When your car goes around a corner, the body will lean to the outside, leading to an uneven distribution of weight. Without a system in place to manage this, this could result in one side of the car coming off the ground or even rolling. Anti-roll bars are used to reduce body lean when cornering, and minimise the weight transfer to the outside tyres in the turn. An anti-roll bar is a torsion spring meaning that it resists twisting force. The anti-roll bar connects wheels on opposite side of the vehicles, so when one wheel is forced higher than the other during a turn, the bar resists the twist, keeping the car level.

Why is my suspension creaking? While that might sound like a fairly simple system, it includes a number of components that could wear down over time due to the stresses inflicted by driving. It’s always best to get your vehicle checked by a professional if you have any concerns, but this guide might give you an idea of the potential problems with your suspension.

Sometimes creaks in suspension and steering systems are down to a lack of lubrication between metal components such as tie rod ends and shock units. A properly lubricated system will also prevent significant build-up of dirt. However, even if grease seems to solve the problem, the squeak could be a sign of a greater issue.

If your suspension is making a squeaking or creaking noise when you go around corners, then this could point towards worn ball joints. Ball joints act as pivot points between the wheels and suspension and allow them to move freely. They are made up of a bearing stud and socket that fits inside a sealed lubricated casing. Depending on the configuration of the suspension, there can be upper and lower ball joints on each wheel, but no matter the structure, the ball joints will often bear much of the weight of the vehicle. While a ball joint will last for years, they can be damaged by general wear and tear or become less effective if the seals are damaged, which could allow dirt into the system or a loss of lubrication.

There are a number of signs that a ball joint is damaged. As well as creaky cornering, you may also hear a knocking sound when going over bumps. Worn out ball joints can also impact on handling. If your car is drifting to one side or the steering feels looser than normal, this is possibly caused by damaged ball joints. An uneven tyre wear pattern can also indicate problems with the ball joints. If your car displays any of these symptoms, get it looked at immediately. A completely broken ball joint can result in a wheel coming loose, which could cause a serious accident.

Bushes or bushings are cushions made of rubber that are mounted on any of the joints in the suspension system. Bushes are fitted in order to reduce movement and minimise the noise and vibration. You’ll find bushes on the anti-roll bars, ball joints and shock absorbers – essentially anywhere where metal may be in contact with metal. As they are made of rubber and come under significant strain, suspension bushes will wear down over time. In fact, replacing suspension bushes is one of the most common advisories on an MOT. Worn bushes will cause a bad ride and this could be accompanied a rattling noise or clunk when going over bumps. You may also hear a squeaking if the bush has begun to perish. Damage to the bushes can be confirmed through a visual inspection. 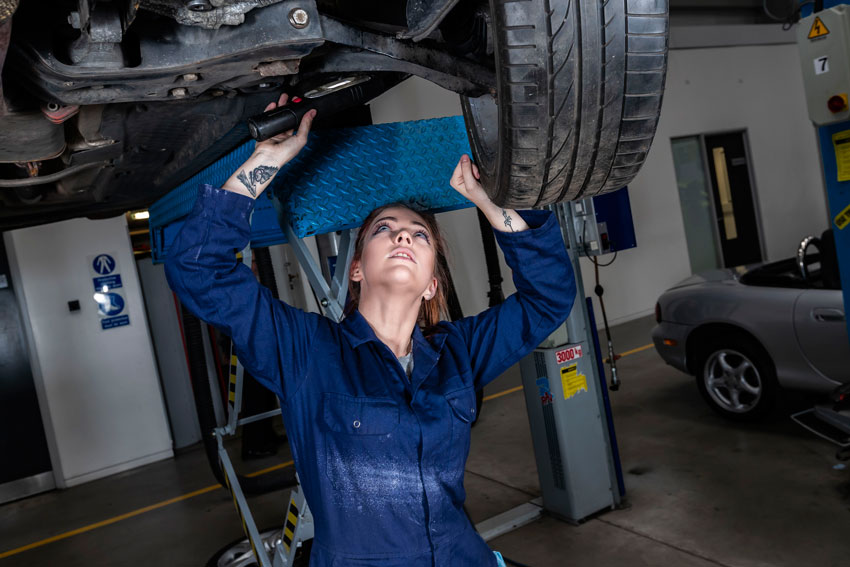 While we hope this guide is helps you get to the bottom of your suspension issue, it’s always safest to get your car serviced by a professional. Whatever the problem with your suspension, your safety should be the top priority. Book into your local Arnold Clark Service Centre and our experts will be happy to investigate. They can diagnose the cause and make any necessary repairs so you can get back out on the road with peace of mind.