Why is my car battery flat?

A flat battery is the most common cause of car breakdowns. 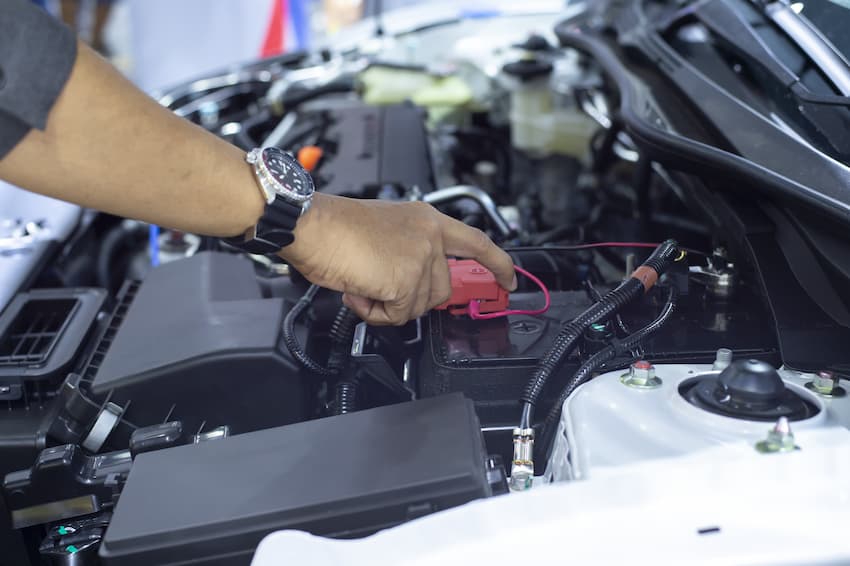 There could be several reasons behind a flat car battery.

Nobody wants to start their day stranded, stressed and late for work. But many of us have experienced the frustration of our cars refusing to start because the battery is flat or dead. In fact, a flat car battery is the most common battery problem. Here’s how to stop it from happening.

How does a car battery work?

At the heart of your car is your engine, but it’s your battery that gives it the power to move forward. Your car battery powers your car’s electrical system, your lights and your infotainment system, and it gets the engine moving. Without it, you’ll come to a standstill, so it’s surprising that people forget or neglect their car battery.

Why is my battery flat?

You might not want to hear this, but nine times out of ten, it’s drivers themselves who drain the battery. From forgetfulness to driving habits, here are a few things you might not know would exhaust your battery.

If you do lots of short journeys, (i.e. a quick five minutes to the shops and back), it can be a drain on your battery. Stop-start driving puts extra strain your battery as it needs a lot of power to get the engine going and the alternator doesn’t have enough time to recharge it. Our technicians have found this to be one of the most common reasons for battery failure.

Maybe you aren’t a start-stop driver but you’re guilty of draining your battery without knowing it. Leaving your dashcam plugged in while you’re not using the car is the fast way to a flat battery.

• Keeping electrical accessories plugged in. • Using your car’s battery as a portable charger for your phone, smart watch and mini fridge. • Leaving the radio on when you turn off your car. • Not using your car for a long time, meaning the battery is slowly drained and is never charged. • Using your infotainment system when you aren’t driving. • Leaving your headlights on or not closing your doors properly so the interior lights are left on.

When do I need to replace my battery?

The obvious answer might be ‘when it’s dead’ but who wants to be stranded? There are two obvious warning signs to watch out for before that happens that could help you avoid roadside assistance. When starting your car, pay attention to:

• The sound of the engine when you start your car. If it’s slow to start and feels like it’s struggling, this may mean that your battery is weak and not able to provide the power needed to start your car.

• Check how bright your lights are. If you notice that they are dimmer than usual, this is another warning sign.

These signs aside, the only other thing that you can do is get your battery checked. To avoid freezing in a car that won’t go anywhere, it’s worth getting your battery looked at as part of your winter check. Battery issues are far more common in winter and the chances of your car not starting increase quite a bit. There’s extra demand from your battery from the heating system and the freezing temperatures can hamper your battery’s performance. At zero degrees a battery can lose 30% of its cranking performance (its ability to start an engine in cold temperatures).

It’s commonly thought that a battery will last around four years, but this isn’t always the case. When you need to replace your battery depends on how you’ve used it and if you’ve looked after it. If you don’t drive your car often, do short drives and leave lights on or accessories plugged in, your car battery won’t last as long as it could.

It’s good practice to make sure all electrical devices like the lights, radio and aircon are switched off before you turn off your engine. This will help keep the demand on your battery to a minimum the next time you start the engine.