Motorists warned of potential fines for smoking or vaping while driving

In the most serious cases, drivers caught smoking or vaping behind the wheel could face a £5,000 fine, up to nine penalty points and even a driving ban. 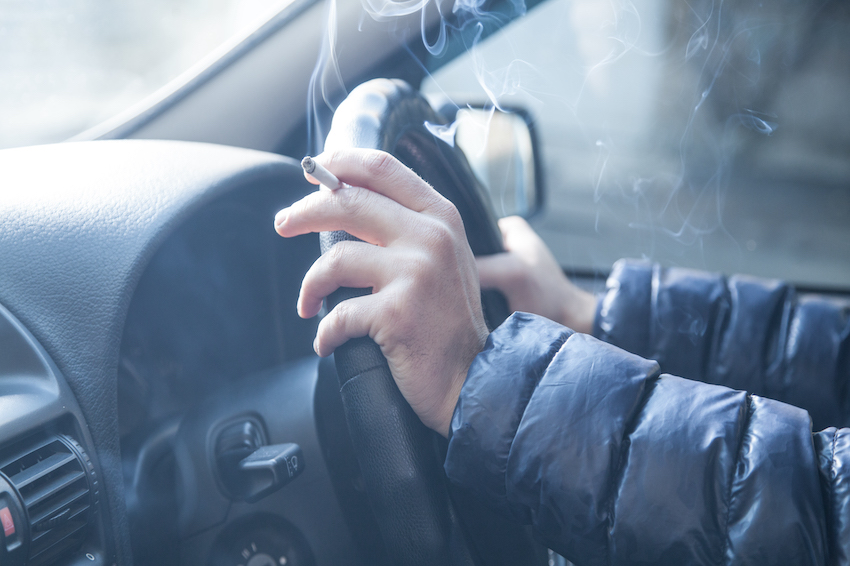 Drivers have been warned about smoking behind the wheel

Drivers caught smoking or vaping behind the wheel have been warned they could face a hefty fine or even a road ban.

Although smoking or vaping while driving itself is not illegal, smoking in a vehicle with a roof with anyone under the age of 18 is prohibited.

And drivers could be slapped with a £100 fine for careless driving if the police conclude that the driver failed to properly control their vehicle because they were smoking.

Motorists who are distracted by cigarette or vape smoke can be prosecuted for driving without due care and attention. The plume of smoke can hamper a driver's vision and result in an accident.

In more serious cases, or those contested in court, the charge can attract a maximum £5,000 fine, up to nine penalty points and even a court-imposed driving ban.

Furthermore, insurers aren't likely to cover any damage or injuries sustained in a crash if vision is compromised by smoke.

In a poll by the UK’s largest independent road safety charity, IAM RoadSmart, 57 per cent of smokers with a full driving licence surveyed said they draw on a cigarette or vape while driving.

Of those who admit to smoking while driving, just under one in four (24 per cent) admitted they do so often, and almost half (49 per cent) said they do so only occasionally. Meanwhile, 16 per cent responded that they only vape or smoke on long journeys and one in ten revealed they only smoke if they have no passengers in their vehicle.

Neil Greig, Director of Policy and Research at IAM RoadSmart, warned drivers of the risks that smoking behind the wheel could lead to.

He said: 'It may be tempting for smokers to light up while behind the wheel, and while this may be legal, smokers should be aware that ultimately this could lead to a substantial fine, something nobody needs during the cost-of-living crisis.

'But more importantly, smoking can lead to a range of behaviours and distractions which can put road users’ lives at unnecessary and totally avoidable risk. These include driving with only one hand on the wheel, clouds of smoke impairing vision and even the risk of dropping the cigarette. If that’s not enough to put the cigarette down, I don’t know what is.'