Here’s how you can enter and be in with a chance of winning back the cost of your car. 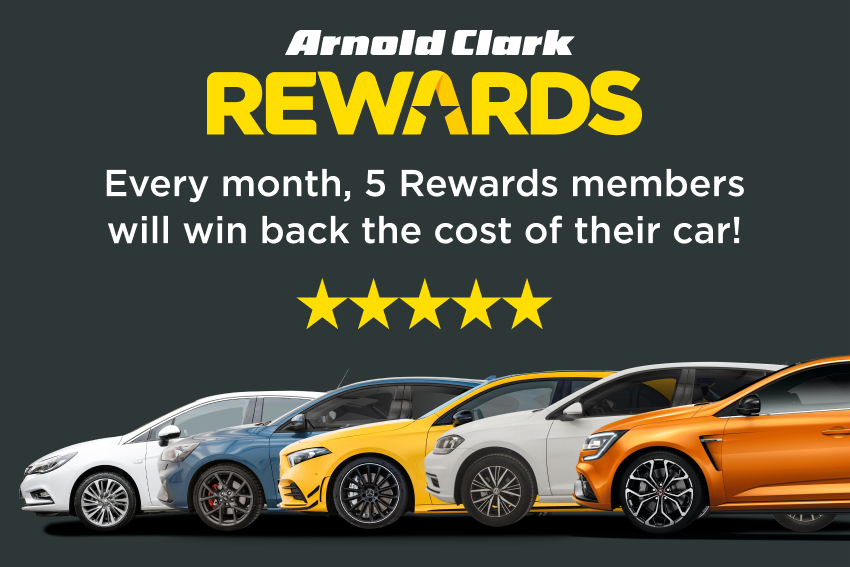 Five lucky Arnold Clark Rewards members will win back the cost of their every month.

To be in with a chance of winning, after you’ve purchased your car from Arnold Clark, download our app, which is available on both iOS and Android.

Next, create an account and log in to the app - you’ll need to use the email address given when you purchased your car.

To become a Rewards member, look for the Arnold Clark Rewards logo and click to opt-in to our scheme.

And that's it, you're in the draw! Every month we’ll draw five lucky members who’ll win back the cost of their car up to £30,000.

Winners will be announced in the app, turn on your notifications so you don’t miss out.

That’s not all - you’ll be the first to hear about our weekend events, sales and special offers!

‘It’s great to be able to give back to our loyal customers. Make sure you download our app to be in with a chance of winning!’ 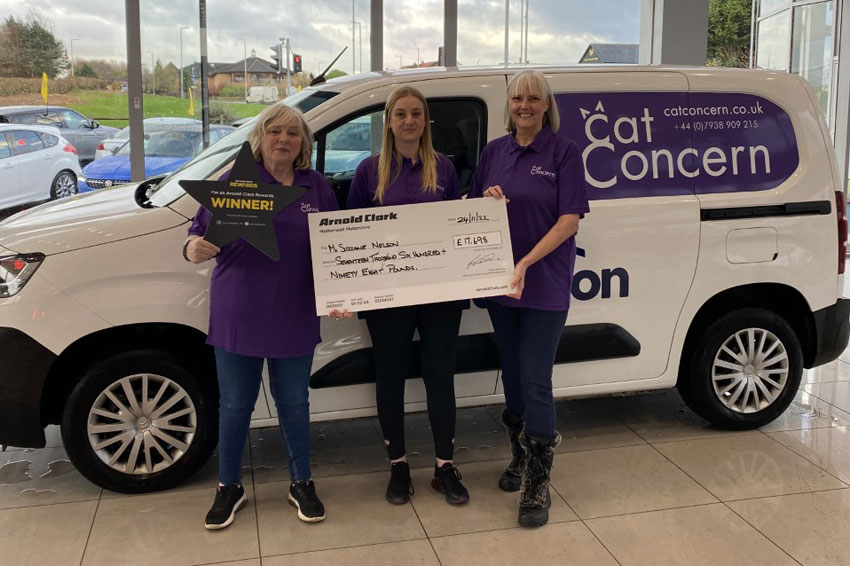 Our first winner, Suzanne, is part of Cat Concern, a small charity, which was set up in 2011 and helps rescue, neuter and rehome stray, unwanted, abused and abandoned cats of all ages.

Suzanne said: ‘It was so easy to sign up on the app that I had actually forgotten that I had entered the competition.

‘I was in tears when I found out I had won because the money will help our charity, and we’re just a small cat rescue.

‘We rely on grants and donations, but this money will really help our vet bills. It’s the most money we’ve ever had in our bank account.’

Megan, meanwhile, can’t wait to spoil her son at Christmas after becoming a winner.

She said: ‘I couldn’t believe it at first, I had double check with my local branch. I’m delighted to have won.

‘I’ve got a little boy, who is two years old, so I’m sure he’ll be getting a few extra presents at Christmas.’

Natasha was in disbelief when she found out she had won.

She added: ‘I was so shocked when I got an email to say that I had won. I thought, it wasn’t real, I never win anything.

‘I’m always logged in to the app, so I checked there, and it confirmed that I had won.

‘I’m so grateful. With the money, I’ve been able to pay off my car, and it’s really helped with my monthly outgoings.’