The cost of petrol worldwide – why is the UK so expensive?

UK petrol and diesel prices have hit record highs in 2022. 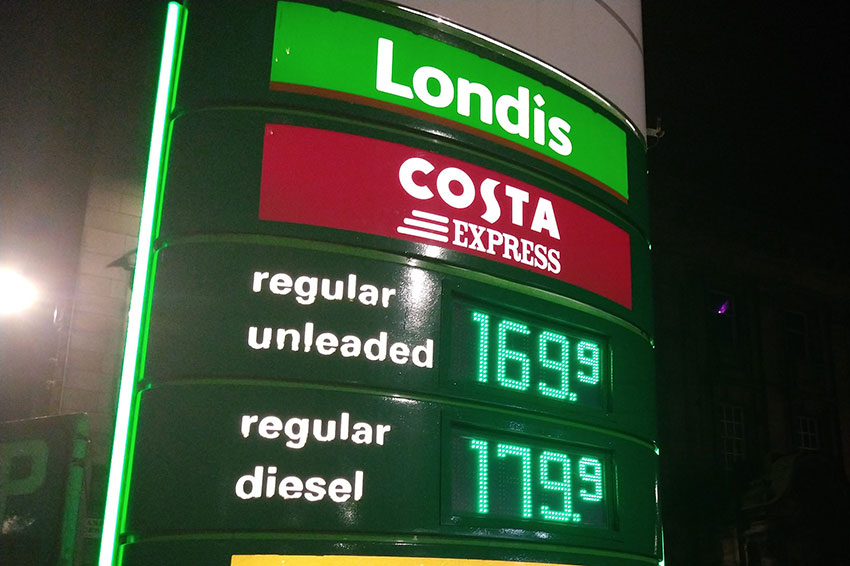 Prices at the pump have increased during 2022.

The price at the petrol pumps is rising, with motorists having to pay more than ever to fill up their tanks. And while drivers may choose to take fewer journeys, ultimately everyone will feel the impact. Much of the UK’s freight distribution infrastructure is dependent on our road network, with most larger vehicles using diesel. That means the price of fuel affects the goods in our shops just as much as it does the petrol in your tank.

How much is petrol in the UK?

Diesel prices have also risen, now averaging 161.28p per litre, up from 127.25p a litre in 2021. Diesel fuels most vans and HGVs, meaning higher costs for industries that transport goods.

Why are petrol prices so high?

There is currently turmoil in the oil and gas sector with the price of crude oil rising to a 14-year high of $139 a barrel, although that has now come down closer to $125. While the cost of living had already been on the rise, these increases are mostly attributed to the ongoing war in Ukraine causing the international community to impose sanctions on Russia. Behind Saudi Arabia, Russia remains the second largest producer of crude oil in the world and supplies around a third of Europe’s oil needs, according to the BBC.

Have prices hit their peak?

While the situation remains unpredictable, if it continues, some believe that the cost of fuel could reach £2 as early as next month.

Howard Cox from campaign group FairFuel UK said: ‘We are definitely going to see prices rocketing higher - it's going to hurt terribly and I'm afraid the government are going to have to do something about it. I would've thought by the end of April it will be £2 - so we're looking at about six or seven weeks.’

Experts agree with this assessment. While prices have fallen from record levels with wholesale oil prices easing, Nathan Piper, Head of Oil and Gas Research at Invatec, told the Treasury Committee that consumers ‘need to get ready for what could be continued increases in fuel prices’

The UK is mostly self-sufficient in terms of petrol but imports most of its diesel, meaning it is likely to see steeper price rises.

Dr Amrita Sen, Director of Research at Energy Aspects, added that petrol prices could rise to around £2.40 a litre. And that diesel prices of ‘£2.50 - even closer to £3’ were ‘definitely in the realms of possibility’.

What makes up the cost of fuel?

According to the RAC, more than half of the cost of a litre of fuel is tax with 36% fuel duty and another 17% of the cost being VAT. The wholesale petrol makes up just 39% of the cost with additional costs for bio content and delivery.

Although wholesale diesel makes up a higher percentage of the total cost, more than half the price goes to tax.

How does the rest of the world compare?

While petrol prices remain high in the UK, it is the 150th cheapest country to buy petrol according to data from GlobalPetrolPrices.com. However, there are 149 cheaper countries to fill up your tank, with Venezuela being the cheapest at just $0.025 per litre. Petrol prices are generally lower in Eastern Europe, but 43 out of 47 European countries have a price above $1. Consumers in Portugal, France, Greece, Belgium, Germany and the Netherlands are all facing more expensive fuel costs.